Not Just Rains, These Startups Too Can Bring Respite Amidst Cape Town’s Water Crisis That Looms Large Not Just Rains, These Startups Too Can Bring Respite Amidst Cape Town’s Water Crisis That Looms Large

Water Water Everywhere, Not A Drop To Drink ?

Who had imagined that Capetonians would come so close to meeting the fate of ‘The Ancient Mariners’?

Three years of critically low rainfall, coupled with increasing consumption by a growing population has drawn closer what the authorities hail as Zero Day.  The six main dams that feed the city are currently on average 25.8 percent full, down from 38.4 percent a year ago and 85 percent in 2014, according to Bloomberg.

Desalination plants have been installed and groundwater extraction is being looked into. People have been limited to using 50 liters of water each day, down from a previous allocation of 87 liters. While the government bickers over the causes of the crisis and plays the blame game, it stands unable to share more information about how they are tackling the crisis. The four million residents ? – In a frenzy.

Although, some relief is brought by a scanty shower, what also brigs hope to the barren land is also a breed of entrepreneurs working toward  curbing water challenges.

Weetracker Research brings to you a comprehensive list of ten technology companies are focusing their work on applying “smart” solutions to saving, producing or cleaning water.

1)Airwater is a Durban based atmospheric water generation company that sells machines that suck in air, cool it down, and use the condensation to create filtered mineralised water. The machines can connect to homes and allow people to live off the grid – with their taps running water pulled from the air.

2) Liquid Gold has developed Waterless Urinal Systems to help conserve huge amounts of precious water. It also saves money, reduces maintenance time and cost, and provides better hygiene and is far less odorous than conventional urinals. The ‘liquid gold’ is then transported to urine deposits where it is treated and crystalized to make a bio-friendly fertilizer

3) Plentify develops and installs solar geysers with electric backup for those claiming for a geyser replacement through insurance. The hot water can be tracked and controlled from the mobile app. Customers don’t pay anything upfront, but keep 20% of the electricity savings and pay Plentify the balance. Plentify was selected as a recipient of the Tamer Fund for Social Ventures in 2017.

4) I-Drop Water is a Johannesburg based company that designs, builds and installs drinking water purification and dispensing machines in general grocery stores at no capital cost and shares ongoing revenue from water sales with store owners. It makes use of nano-purification water filtration technology along with a GSM-enabled platform. Founded in 2015, the startup recently received funding from Swedish Water Purifier company Bluewate

5) Greenchain Engineering has developed a customizable rainwater harvesting system designed for residential, commercial and industrial use.  Another product by the startups is a grey water systems that is claimed to be fully automated and self- cleansing. Founded in 2016, the startup is currently based at Stellenbosch incubator Launchlab.

6) Bridgiot‘s Count Dropula is a smart water meter that enables users to track water consumption and can detect and notify users of leaks. It is currently offering the product to only schools, and plans to launch a consumer faced product by the end of this year. The smart water device is claimed to be showing high resolution data of current consumption at 10-minute intervals, and is available for use under R1000 a month.

7) Headboy Industries‘ flagship product – Dry Bath, is a waterless body sanitizer that aims to reduce water consumption related to baths and showers. Founder Ludwick Marishane has won Global Student Entrepreneur of the Year award in 2011, along with $10,000 in cash to finance his startup. Western Cape government’s Department of Economic Affairs and Tourism recently signed an agreement with DryBath Pty Ltd to buy 30 000 sachets.

8) H2O Catchers produces water out of thin air. Yes, the solution consists of metal frames covered with fine netting to gather condensation to be placed in fog farm. Founder Grant Vanderwagen claims each fog farm can produce up to 10 000 litres at a time.

9) Revolute A soil moisture monitoring system designed for commercial farms that uses carefully calibrated sensors to measure soil moisture for farmers, thereby helping them to conserve water usage. The system can also be deployed for research purposes. It was designed by Jacobus Els, and was also the winner for Water & Waste Management Innovation Challenge 2017.

10) Eva Solutions A solution to reduce water evaporation from dams using plastic balls designed from recyclable materials that float on the water – developed by Bettina Botha and four other members. This too was one of the four winners at Water & Waste Management Innovation Challenge 2017, where each won seed funding and incubation support from Launchlab.

You too want to bring about an impact with your business ideas? Here’s the launchpad you were looking for. Pitch your IDEA at our First Flagship Event – Disruption48 and win exciting prizes along with a Grand Cash Prize. Apply to book your slot. What If Schoolkids Could Light Up Their Homes At Night By Kicking A Ball Around During The Day? Actually, They Can! 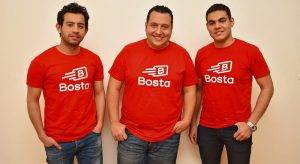 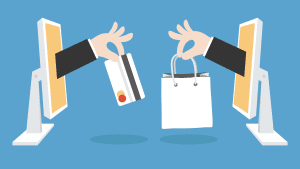