Nigeria’s economy once had a textile industry that could be regarded as booming. In its golden era between 1985 and 1991, this industry had an annual growth rate of 67 percent. At the turn of 1991, the industry had 350 K employees who made up 25 percent of workers in manufacturing. About 180 textiles mills were in operation then. But today, the narrative is almost contrasting. All but 25 of the textile mills still are in existence. Most of them have called it quits with the most of what’s left running at less than 40 percent of installed capacity and having 25 K people employed. A significant number of participants in the industry channeled their blame to the influx of cheaper fabric from China and India, which turned fortunes and made it hard for local mills to compete in the industry. But, someone thinks there is still hope for the Nigerian textile industry.

In Nigeria, trendy and quality clothing capable of effectively putting out that widely sought-after fashion statement is no longer a thing of the future, because fashion lovers, tailors, and fabric producers are increasingly emerging. With the desire to look good and wear clothing that will outlast their price tags, Nigerians are now using uniquely-printed and sewed clothes for everything from publicity to campaigns, reunions, sports, carnivals, graduation and so on. Signature style outfits are now the order of the day, both in the university environments and urban settings. High street fashion lovers are also demanding for quality print-my-style clothing virtually every day. With these developments, their issues and the need to bring a lasting solution in the clothing industry, a fashion-loving entrepreneur, Oguntola Enitan Abayomi who goes by the psuedonym Oliver Well, started a company called Oliver Garment Factory that is set to change it all for the better.

The idea behind the journey

The company’s establishment was formed with the discovery of the increasing number of people who are looking to venture into the fashion industry do not have easy access to the required, quality fabric in the large quantities they are needed. Olive Wears is out there in the market with the initiative to collect and look into the fashion clothing ideas of these business hopefuls, turning them into state-of-the-art fabrics with even more technologically developed manufacturing equipment. In a bid to solve a myriad of problems in the clothing sphere of business, Oliver Wears Company wants to make it less farfetched for the masterminds behind fashion ideas to see their clothing visions become a reality that will make waves in the marketplace. With excellent sewing skills, latest fashion ideas and keen attention to detail, the team is set to birthing a platform that will be the go-to for prospective clothing lines and fashion entrepreneurs from not just Nigeria, but other countries of the world.

Having noticed that Nigerian buyers deal internationally with countries such as China, Bangladesh, the United States to acquire quality fabric to work with, the enterprise created a platform that will take care of the logistics and provide premium fashion materials at the go and ready. This will in turn help in the improvement of the Nigerian economy through job creation, GDP increment and a favorable balance of trade.

Olive Garment Factory was founded in the January of 2016. And is the brainchild of Oliver Well, a 27-year-old Nigerian who is looking to transform his country’s textile industry. The startup is headquartered in Lagos, located at 1 Old Bariga Road, Shomolu in the metropolis. The team consists of five members including Oliver. Alge Dayo, a fourth-year Physiology student in Amadu Bello University, Zaria. Stephanie Ogbole, a graduate of Computer Science from Landmark University. Ife Faleke, a United States Fashion Design Student. According to the founder, “The growth has so far been encouraging, and patronage is on the right side. But from our end, we have some work to do as regards advertisement to gain more exposure, and, more patronage”. The company usually markets its products through social media channels, proposal submission and referral. At the onset, Oliver Wears started with one client, and as of now, they have a steady ten client list amongst other come-and-go projects. They service both private individuals and companies. 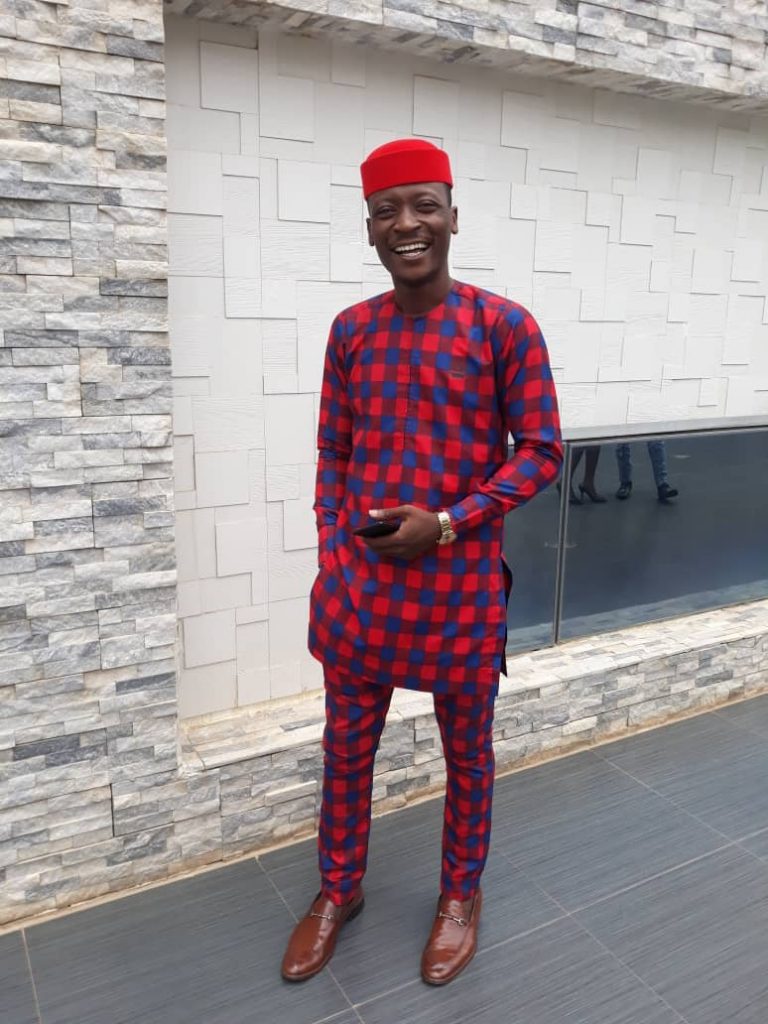 How does the Nigerian Textile Industry look?

Oliver told Weetracker that the Nigerian Textile Market is in a moribund state. The lack of power supply, suitable materials and funding have collectively contributed to the issues entrepreneurs currently face in the industry. Despite the lack of modern equipment to aid textile production and design, there is an entrepreneur somewhere who sees and believes in the bright future of the Nigerian textile market. This resilient Nigerian businessman thinks the industry is worth millions, and that it has the potential to substantially contribute to the GDP of the country, along with the creation of employment. Nigeria’s current population census approximates citizen number at 190 Mn. “That is more than enough labor force for the industry if we can get it right – we will lead a revolution in West Africa and the continent at large, not to mention the impact it will have on the entire world,” said the founder. The textile industry of Bangladesh powers their economy, and no leading fabric production company is not liaising with the enterprise.

The startup is dedicated to persistently meeting the highest standard of quality clothing production and services. “Our vision to be the leading garment factory in the nation and continent by 2023 is going to be achieved by serving our clientele with an integrity-replete provision of fabric, sewing, and fine finishing, coupled with on-time delivery”, the founder noted.

According to the founder and CEO, “The idea struck me when I was a second-year undergraduate back then in the University of Lagos, Akoka. I started fending for myself and stopped requesting pocket money from home, along which line I discovered that I earned ten times my weekly allowance from just making clothes and other branded items”. Having amassed some cash to spend in school for himself, Oliver discovered the big picture and set to founding his own clothing company to better the fashion industry. He added that he is “Hell-bent on making the startup success and to be one of the foremost clothing production firms in Nigeria and Africa at large.” After his graduation from school in 2015 with a BSc degree in Economics, Oliver saw to expand the business and get it some traction. In that line, he partnered with a trio of fashion entrepreneurs, Greytrend, IXVI and RGV, to make the dream become a reality.

According to the founder, the major challenge faced by the enterprise is sourcing raw materials. “We are lucky to be able to acquire similar materials that are continuously on demand from the market, as most of these fabrics are not produced in Nigeria,” he told Weetracker. Also, there is the bottleneck of getting in contact with more skilled and committed tailors capable of reproducing clothing ideas. Funding as well stands as an impediment to the steady flow of work for the company, and profits from the jobs are being reinvested to push the business further.

By merging the production of though-out fashion ideas and the provision of personalized clothing for customers, Oliver Well wants to make his company a one-of-a-kind platform by the end of 2018. Fashion entrepreneurs will no longer have to travel overseas to get premium materials, as the enterprise will liaise with topnotch textile producers to bring about the most seamless and effective clothing processes. The future of clothing lines and remarkable wears seem to be in the hands of many such as Oliver and hopefully will continue to be.