Some years back, the tech sphere was largely considered one area many females across the world had no business calling their turf. Many jobs were reserved for the menfolk, and women who did as much as broach the subject of venturing into those fields caused eyebrows to be raised for the wrong reasons.

However, the narrative appears to be changing, and thankfully so, as more and more young women and girls are making a foray into the tech scene and even dominating spaces that were once exclusively classified as the forte of their opposite numbers.

Lesotho, a small landlocked country encircled by South Africa, appears to be making significant progress on this front as it is taking bold steps towards bridging the gender gap and including everyone, whether male or female, in the tech space. And individuals are beginning to take the initiative and get in on the act too.

Maneo Mapharisa is one of such individuals working tirelessly to bridge the gap and change the narrative by helping young women and girls in Lesotho build Science, Technology, Engineering, and Mathematics (STEM) skills that can be of immense benefit to them and the society at large in any of their chosen careers or fields of study.

Maneo Mapharisa is a 4th year Student of Computer Science at the National University of Lesotho. She is a Gender, Entrepreneurship and Media Institute (GEM) trainer who is passionate about helping young girls and women better appreciate the nuances of code.

“In my spare time, I visit local schools and teach students about computer programing and other STEM subjects. This is to ensure that the next generation will possess the relevant skills for different sectors,” she said in an interview with Sunday Express

Maneo is the Co-Founder of Girls Coding Academy in Lesotho, a startup established by 7 young women who are carving a niche for themselves in the field of Computer Science.  These young women have embarked on a personal mission to fill the apparent gender chasm that exists in the country’s STEM fields by engaging and encouraging young women and girls to take up careers in Science, Technology, Engineering and Maths.

These seven young women whose collective contributions gave birth to what has now come to be known as Girls Coding Academy were all part of the female team trainers at the 2017 Africa Code Week – an event that brought these like-minded individuals together. The experience which the event served up is said to have inspired the young ladies and spurred them on to launch their training academy for female coders.

At Girls Coding Academy, the vision is to teach girls and women both basic computer skills and computer programming, encourage creativity and innovation, close the gender gap in technology, and help create awareness of possibilities offered by coding in the 21st century.

In an interview with Lionesses of Africa, Maneo said; “there is a huge demand in the tech sector but also a huge gender gap. Our mission is to reduce the gender gap by engaging and encouraging young women and girls to participate in Science, Technology, Engineering, and Maths or STEM fields.”

The mission of the academy is to educate, mentor, unearth innovative solutions, and equip young women and girls with technological skills. The academy seeks to achieve this through a number of initiatives including its club, campus, and summer immersion programs. In combination with its one-on-one, group, and computer skills sessions, summer and winter coding camps, and school coding clubs, Girls Coding Academy helps young women and girls to realise their real potential, build confidence, and bring out the best in them.

They also have scheduled upcoming events such as conferences and boot camps for young women and girls. Hackathons, programming workshops, basic computer skills, and math tutoring, amongst others, are some of the events that have been successfully organised and hosted by startup during its relatively short existence.

According to her; “Women aren’t staying in STEM because they feel like they don’t belong. Women have interesting and cool ideas which we feel need to be represented.”

Maneo, together with her colleagues at Girls Coding Academy, is looking to break free from the stereotype by encouraging females to participate in the STEM fields through programs designed to develop the coding skills and technical abilities of young women and girls.  Although the startup still has its work cut out for it as there remains a lot yet undone in this regard, Maneo and her colleagues are undoubtedly contributing their quota towards bucking the trend. And you know what they say; a little drop here, a little drop there, and pretty soon you have a bucketful! 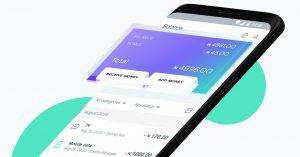 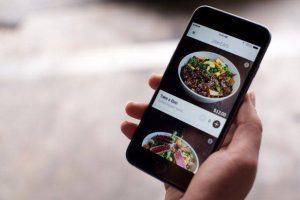 Sales Promo On Steroids? New Platform Now Charges Customers Only NGN 10.00 For Meals & Delivers It Too The Kenya Business Of Mr Price Sinks In Millions Of Losses 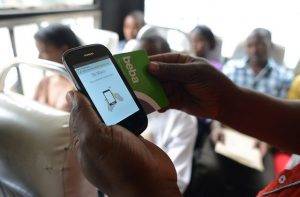 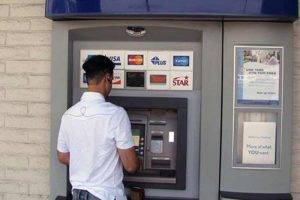 Vandalism Costs Kenya Power Sh60 Mn In Half A Year