Incubators vs Accelerators: Identifying Which Is Right For Your Startup As an individual who just came aboard the entrepreneurship train and is still learning the ropes, it might take some time to get with the program. And a crucial part of getting with the program is having a good command of the business lingo.

Well, unless you can lay claim to some kind of background in finance, however rudimentary, it might take some doing to keep up with what those business-type folks are yammering about when they begin to spill all the jargons associated with startup vernacular.

Be honest; how many times have you been in that awkward situation where you falsely nod your head in affirmation during some business conversation even though you haven’t the slightest idea what some other person is talking about? Well, if it’s any consolation, you’re not the only one.

So here’s the thing; it is not uncommon for startup founders who are venturing into an industry for the first time to get somewhat bamboozled by the barrage of terminologies associated with that venture.

Getting comfortable with a whole new set of terms – say from angel investor to crowdfunding, seed funding, venture capital, pre-seed funding, Series-A, and a host of others – is not exactly a cake walk. And most people with no prior background in business or finance will struggle somewhat initially – at least, I know I did.

Moving on to the crux of the matter; there’s something of an unspoken debate on the subject of incubators and accelerators with regards to what they are all about and which is best suited to the needs of startups at certain stages.

Although this gets very little attention as most people tend to just sweep it under the carpet as a ‘no-problem’ and use both terms interchangeably as synonyms that can replace each other without raising eyebrows, it takes nothing away from the fact that this is an awful misconception. And many early-stage startup founders can be found wanting with respect to this unlawful marriage of these two distinctly different aspects of the startup business.

Of course, both programs are of immense benefits as they provide guidance to startups, as well as help refine their business models and strategies into sellable ones. Clearly, both incubators and accelerators play vital roles in grooming startups into profitable ventures that can garner investor interest. But it would be utterly misguided to conclude that both are one and the same as obvious differences exist between them.

The differences between incubators and accelerators are well and truly brought to the fore when their respective selection and investment processes are put into perspective. If you are an early-stage startup founder who is having a hard time getting to grips with both terms or deciding which is ideal for your startup, then this x-ray of their different features should come in handy.

For incubators, the focus is on startups that have just entered the initial stages of building their company. Incubators are best suited to startups that posses an idea that can cut it in the marketplace, but with no business model and direction through which those “lightbulb moments” can be brought to life in the form of an actually profitable venture.

The key function of an accelerator, on the other hand, is to speed up or advance the growth of a company that is already in existence and it is pretty much functioning with a business model in place. That is to say, accelerators are tailored for startups that have already hit the ground running per se.

An accelerator program functions to consolidate the startup’s position and build on its foundations with a view to propelling them high enough for investors and key influencers to spot them and be wowed and wooed in equal measure.

In terms of duration, an open-ended timeline is the most likely case for an incubator. Incubators are sort of in for the long haul; they place more emphasis on the longevity of the startup as against its speed of growth. It is quite common for startups to be mentored by incubators for a period spanning up to a year and a half, or even more.

As their name implies, accelerators are all about speed. They are all about putting one’s feet down on the gas and so they don’t take as much time as their opposite number – typically lasting anywhere between three to four months.

Accelerators operate on a set time-frame and it is during that period that startups improve on their products and offerings with the support of mentors, as well as capital made available by the accelerator. And there is also an interesting bit in that startups get to pitch their businesses to investors upon the completion of accelerator programs and who knows what doors could crack open.

Incubators are designed for the long route. In these programs, a significant amount of time and resources are devoted to advancing local startups. Incubators generally prove their worth in creating employment opportunities or making moves to license intellectual property. And startups do serve up a path through which both can be accomplished.

Incubators are not fixated on delivering startups that can develop and proliferate fast, especially as advancing the development of local startups forms the bulk of their offering. With that in mind, it is not uncommon for many seemingly slow-growing or evidently less-scalable businesses to find their way into an incubator program.

On the other hand, accelerators place a premium on scalability, investment-worthiness, and high growth potential. That is, only startups that check all these boxes can even begin to fancy their chances of getting in.

Accelerator programs are pretty competitive; seeing applications from a good number of startups and having to select only those adjudged to have the most potential. Hence, such programs use a more traditional and formal model for entry as interested startups have to apply for a specific number of slots in the program.

This is one aspect where both programs share similarities to a large extent. An environment of collaboration and mentorship is on the cards with both programs and this does a good job of bringing startups together, having them share a space, and affording them access to resources and peer feedback. And all these are known to be vital to the advancement of startups.

Accelerators and incubators also afford startups the opportunity to pick the brains of seasoned business experts and successful entrepreneurs who have been there and done that, and whose experiences can serve up invaluable business lessons.

It is quite common for incubators to be sponsored by universities or organizations that are focused on economic development, and as such, it is not usually the practice for an incubator to provide capital to startups. And in a similar regard, equity stakes are not usually taken by incubators in the startups they support.

It’s kind of a whole different ball game for accelerators as such programs are known to usually invest a specific amount of capital in startups for an agreed amount of equity. Thus, in some circles, accelerators are assumed to play a greater role in startup success by virtue of this financial commitment. However, this takes nothing away from the importance of incubators.

It’s not really a matter of hopping on the bandwagon of any program that sounds like music to your ears, it’s about identifying what’s right for your startup and acting accordingly. In truth, even though an accelerator program does have some perks which make it seem more appealing, an incubator could do actually do more of a solid to most startups than an accelerator.

Incubators are associated with startups that are still in their formative stages, do not necessarily require investment, and are already part of a local startup community. Although it may require a longer route to commercialization, an incubator is the best bet if a startup’s business model and some other essentials are yet to be resolved.

Through expansive national calls, application processes, and other formalities which would typically involve screenings and vettings, accelerators select their participants. These participating startups are expected to prove themselves investible, rapidly scalable, and also reflect a willingness to migrate to the location of the accelerator for the duration of the program at the very least if need be. Accelerators usually provide funding to startups, typically becoming the company’s first external investor in many cases.

Both programs can undoubtedly be of immense benefits to startups but their obvious distinctions should never be muddled up such that they are considered one and the same. For entrepreneurs and startup owners, the trick lies in identifying which of these programs is best suited to the needs of their respective businesses at their present stages of development. And this can only be achieved through critical reflection. 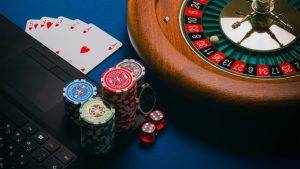 Turns Out Fake News Is Mostly A Boost For African Entertainers West Africans are Shopping A lot – At Pharmacies