Doctor Turned Businesswoman; Dr. Judy Dlamini Is Letting Nothing Hold Her Back Doctor Turned Businesswoman; Dr. Judy Dlamini Is Letting Nothing Hold Her Back

Sometimes life comes with different challenges that may immensely be tough to handle. A lot of times, these challenges can take various forms. The question is; do we let them get the better of us or help shape us for, the better? We have read and come across lots of people who rose in spite of the setbacks in their lives. Dr. Judy Dlamini (Full Name: Nobuhle Judith Dlamini) is one individual who is not letting anything hold her back, despite the challenges that have threatened to derail her at various instances in her life’s journey.

Dr. Judy was born on the 6th of July, 1959 in Westville, Natal. Right from a very young age, she knew she wanted to be a successful woman. Her determination to rise above mediocrity and conviction in her abilities to go all the way can be attributed to the marker laid down by her parents from an early stage in her life.

While growing up, her parents exemplified the qualities and values of hard work and resilience, and especially education as a way out of poverty. Her father ran a small painting business and also invested in property, building blocks of flats that could be rented out to people. Likewise, her mother who was a teacher also supplemented her income with a second job (a tuck shop at a soccer field over weekends). These experiences helped mould Dr. Judy’s business mindset from a very young age.

She qualified as a medical doctor in 1985 from the University of Natal. She had always wanted to be a doctor, and what makes this achievement even more remarkable is that she was married and nursing her first child when she earned her license as a full-fledged medical practitioner. This was to spell the beginning of an illustrious medical career that spanned over a decade.

Always one to constantly push herself to explore new dimensions and not rest on her laurels, she soon called time on her medical career and decided to step out of her comfort zone and tread new terrains. But that didn’t go exactly as she would have hoped as she soon found herself reeling when tragedy struck about the same period. The shocking demise of Sifiso Nxasana (22 June 1984 to 3 Feb 2012), her beloved son, came as a huge blow and she had to summon all the fortitude she could muster to get through that trying period.

Ever resilient and determined to put paid to the grief, she bounced back in spite of the setback and decided to pursue a career in business. Her first foray into business involved a two-year stint at HSBC which specialises in transport and energy corporate finance. It was during this period that her entrepreneurial interest was piqued and she made the decision to pursue a business of her own.

But first, she decided to further her academic studies which saw her bag a Ph.D. Upon the successful completion of her Doctorate program, she authored her first book titled; ‘Equal But Different’, which highlighted the similarities and differences associated with the experiences of women on their way to the top.

Not long after that, she obtained a Doctorate Degree in Business Leadership from UNISA (University Of South Africa), where she investigated the intersection of race, gender and social class in career progression as it concerns female CEOs and strategies for gender transformation at the leadership level.

Despite Judy’s significant accomplishments and successes, the challenges female entrepreneurs face, have become increasingly popular. Entrepreneurship remains a deeply gendered issue, women tend to be marginalized globally, and their potential role as entrepreneurs is not fully actualized to feature on the mainstream of the economic agenda.

Women face different social, cultural, educational and technological challenges in establishing and developing their enterprises, as well as accessing resources. Thus, there is still is a need for these challenges to be addressed so that women to thrive in business. Soon after Dr. Dlamini obtained a Doctorate in Business Leadership from UNISA, she strongly canvassed the evidence of these challenges in her thesis.

Her thesis examined how the intersection of race, gender, and social class influence the progression of women in leading business careers. She observed and compiled life stories to come up with strategies to change the gender stigma in leadership. Judy has furthered strengthened and echoed her argument in her book titled Equal but Different: Women Leaders’ Life journey. Her book was launched in March 2017 and ever since she has been roving in events and summits to promote the message the book carries.

Equal But Different is based on the life story of fourteen women from different backgrounds, all of whom have risen to top leadership positions. On this, she stated, “My interest in this area of study is based on my strong belief that people are born equal but different. It is a belief that equity across gender, race, social class, and sexual orientation will be attained in my lifetime.”

In addition to her repertoire of recognitions and achievements, she also serves on the board of Anglo-American Plc as an Independent Non-Executive Director. Some of her previous board engagements include the likes of Aspen Pharmacare Holdings Limited, Northam Platinum Ltd, Imithi Investment (Pty) Ltd, GijimaAst Ltd, Discovery Holdings, and Woolworths Holdings (a JSE-listed retail company). She was once the Chairperson of CEPPWAWU Development Trust. She and her husband also co-founded Mkhiwa trust; a family public benefit organization with a focus on rural development and education.

Dr. Judy Dlamini is more than just a business expert as she is also a recipient of multiple awards and accolades including the African Economy Builder Lifetime Achievement Award for 2016  from African Economy Builder Forum. She was named the 2016 Global CEO’s Africa’s Most Influential Woman in Business and Government. She also took home the SADC South Award for the Business and Professional Services sector at regional and national level, as well as the 2016 Fabulous Woman Award.

Dr. Judy Dlamini can be considered a successful businesswoman, author, and philanthropist. She is the Founder and Executive Chairperson of the Mbekani Group. The Mbekani Group is known to make investments into sectors of the economy such as health, property, facilities, and property management, tourism, pharmaceuticals, surgical instruments management, and some other areas. The company which currently boasts over 150 employees marked two decades of existence earlier this year.

These days, she spends a lot of time working on community projects, including her family’s two latest projects; Sifiso Community Centre (in memory of her late son) and Mkhiwa Trust; a Public Benefit Organisation (PBO) that invests in social enterprises. Dr. Judy Dlamini also owns and operates a luxury retail store, Luminance. Her story tells us that you can simply begin again, no matter the challenges that come your way or no matter where you are now in your journey.

We look forward to more giant strides taken by this phenomenal woman! 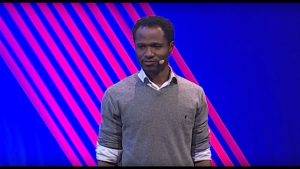 Where Man Meets Machine – A Nigerian Techie Is Building A Computer Out Of Actual Brains! Why Africa Does Not Need Unnecessary Opinions, But Proper Fact-Checking [Opinion] How To Become A Revenue-Raking Startup In 2019 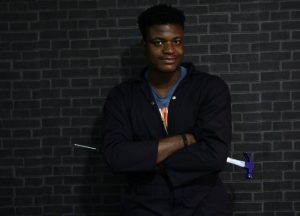 Milk First, Food Next – The Nigerian Gov’t Wants To Cut Off Food Imports At All Costs But It Could Prove Too Costly 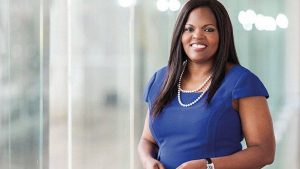