The African continent, just like the world we live in today, is awash with thousands of household robots and millions more that have found use in industry. But it’s ironical that when thoughts of robots come to mind, our minds find a way to drift off to Silicon Valley in California, big car assembly lines in places like Detroit, and perhaps technology companies in Japan. Hardly does any African location get considered for mention.

But maybe all that is going to change, and soon too. And that’s because one organisation in Uganda is covering significant ground in the area of teaching robotics skills to kids in an effort to nurture Africa’s newest generation of young, brilliant, scientific minds.

The name of this organisation is Fundi Bots and its founder; a self-trained robotics engineer whose name is Solomon King Benge is on a mission to foster STEM education in Africa.

Assembling and programming a robot from scratch may come across as a strange concept to most pupils in elementary schools across Africa, but perhaps not so for pupils as young as six in parts of Uganda who are working robotic wonders with their very own hands with the supervision of Benge who has all the makings of a mentor that inspires genius and sparks creativity.

In Uganda, Benge is changing the mindset of a generation of young students by inspiring them to build robots that can solve some of the immediate problems of society. It appears the Fundi Bots founder has forged a career out of helping young people develop creative skill sets that can be applied in the formulation of technological solutions to everyday problems.

As of 2015, Fundi Bots had a team of students in northern Uganda building an automated farming program; a project that had its sights trained on developing an automated irrigation system for crops, as well as a temperature-monitoring solution that will keep tabs on cattle feed to make sure they don’t overheat and go bad. The students were also looking to bring to life an automatic seed dispenser that could feed pigs.

Those are just some of the earlier projects that have been taken on by Fundi Bots since Solomon King Benge was inspired by his fascination with robotics to bring the company to life in 2011. Surprisingly, his idea got quite a reception from the locals upon launching the robotics training space and so far, up to 4,500 students have been reached in a network of 75 schools with 2 regional centres so far.

How it all began was more or less a spray-and-pray move. Benge is a trained engineer who appears to have always taken quite a liking all things robotics. Challenged by the gulf in class that exists between young students in the developed world and their peers back home especially in the area of technology and innovation, he decided to leverage the knowledge that he had gathered on the subject over the years to telling effect.

And by the bringing the knowledge of robotics to the average Ugandan child, Benge appears to be well on course in the area of making brilliant innovators out of young Ugandan students. It’s an effort to help Uganda’s younger generation (a nation with the continent’s most youthful population), use technology to create useful solutions to pressing societal problems.

In Uganda, 90 percent of primary school-aged children are enrolled in classes, and that’s according to World Bank data. Fundi Bots first focuses on extracurricular time slots in schools.

In addition to presentations and video-based learning, Fundi Bots offers hands-on robotics training and helps keen students form weekly Robotics Clubs. Initially, only 15 schools signed up for the initiative but it has since spread to up to 75 schools across the capital, Kampala, and Gulu in the north where experienced mentors visit once or twice a month to offer ideas and encouragement.

But fiddling with robotic parts and coming up with new ideas does not necessarily have to come to a halt after school. And that’s why even during the holidays, holiday camps (which can last two weeks) are set up. Here students are grounded on robotic concepts and then afforded the time to implement that learning by building a robot that will be presented as an original project at the end of the camp.

Integral to the Fundi Bots strategy is the idea that building robots do not necessarily require one to break the bank. As a matter of fact, students are encouraged to get creative and improvise if they are unable to get their hands on a particular component.

Thus, it’s common to find Fundi Bots students getting around holdbacks by using recycled materials or components like laser pointers and microphones that were never originally designed to be a robotic building-block.

As Benge once told CNN; “Group of 13 and 14-year-olds are creating a small remote-controlled vehicle with a temperature reader on the front that could be used in fire-risk areas,”

He went on to say; “Their idea uses a wireless transmitter which sends data back in real-time, but they managed to keep costs quite low at around USD 130.00, by using locally-sourced materials like wheels from toy cars.”

While most of the physical components can be easily procured on the cheap, the skills students gain in the process could prove very lucrative. According to euRobotics AISBL, the global market for robotics amounted to USD 25.8 Bn in June 2014 and is expected to grow to more than USD 70 Bn by 2020. And the Ugandan techie is keen on helping young Africans get some slice of the pie.

Fundi Bots is based in Uganda, but according to the award-winning entrepreneur, the company is on a mission to build a presence in five African countries by the end of 2020. In that regard, significant strides are being made in Rwanda as of now. Last year, the company closed a round of funding that could see it expand throughout Uganda and reach other parts of Africa. 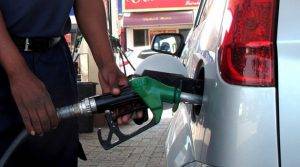 Fuel Prices in Kenya Revised: This Is What Motorists Will Pay In August Cyber threats in Kenya Grow Eight Times in One Year Kenya Is Once Again Africa’s Top Business Travel Destination But How Much Of The Tourism Hype Is Justified? Facebook Will Now Show Who Uploaded Your Information to the Platform