In the wake of telling African expansion for the Cairo-based ride-hailing firm, the investment comes several months after Swvl secured Series B funding worth “tens of millions” at a valuation to the tune of USD 100 Mn.

With the investment, Swvl is planning to take its services to other African countries. While it already operates in Cairo and Alexandria in Egypt, and Nairobi in Kenya, it intends to be in at least three or more African cities by the end of 2019.

The startup previously announced that it would be expanding to Africa’s largest city, Lagos, by mid-July with an initial 50 buses. Therefore, the investment could not have come at a better time.

Also Read:Why Swvl May Not Be Expanding To Lagos Anytime Soon, Or Ever (Opinion)

Meanwhile, the Egyptian transport service provider also has plans to expand to Uganda, pending official confirmation. The initial plan was to be present in seven megacities by the end of the year, including some Southeast Asian metropolises. But Swvl has obviously re-planned to focus on Africa’s 1.2 billion population and address pressing logistic issues in the meantime.

Swvl, founded in 2017 by Mostafa Kandil, Ahmed Sabbah and Mahmoud Nouh, uses a mobile application to connect commuters with private buses, allows them to reserve seats on the vehicles and pay for fares online. The company neither owns buses nor employ the drivers, but has struck many deals to help drivers and operators with vehicle financing.

Earlier on, the mobility startup entered a partnership agreement with Ford, one that will see the Ford Transit minibus as the choices vehicles on the Egyptian company’s routes. The development linked the Transit with an app-based mass transit system that will enable commuters in Egypt’s major cities to enjoy an affordable alternative to existing transportation services.

Swvl has broken funding records on two occasions. It raised USD 8 Mn in Series A in April 2018, which was the most significant funding round for an Egyptian tech startup. Now, its USD 42 Mn reception is the largest-ever funding round for the Egyptian startup ecosystem.

The startup faces competition from Uber and Careem, though it was the first to introduce app-based transportation services in the North African country. Swvl was previously funded by Middle East ride-hailing firm Careem. Digital Lending Platforms: Why We Need Them And How They Enhance Our Economic Growth

Africa’s No.1 Philanthropy Takes Business Buzz To A Whole New Level – Giving Out USD 5 K Each To 100,000 Africans 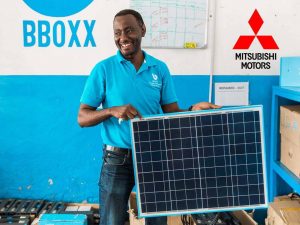