A final year student of Computer Science at Bells University, Ogun State, Nigeria, has developed an app which aids visually-impaired persons in recognising all kinds of naira notes. It’s his college project and he was inspired by the experiences he gathered while “lending his eyes” on Be My Eyes.

On today’s instalment of “Look Who’s Doing Awesome Stuff”, there’s a young Nigerian student whose undiluted compassion for the physically-challenged has seen him take on a project unlike any other.

Twenty-three-year-old Habeeb Bombata is a final year student of Computer Science at the Bells University of Technology, Ota, Ogun State, in South-West Nigeria. And for his final college project work, he has his sights trained on more than just bagging an A-plus, though that’s definitely part of it.

On the surface, he might come across as just another bright college kid, but this one is more. Okay, he’s bright, alright. Smart, even. But there’s more to him than just book smarts, even though there’s plenty of that. He’s quite the crusader. In his dream world, everything should be accessible to everyone, and everyone should be able to do everything. And this project is his first step towards making that happen.

But what is this project we are talking about? Well, it’s something he’s been working on for the last six months, something he calls  “Currensee”. Cool name? Wait for it.

Currensee is an app which aids visually-impaired persons in recognising local currency denominations. Habeeb built the app using machine learning algorithms and feeding the model with a wide array of data sets, thus, making for a smarter and more accurate system.

In this case, the data sets consisted of different kinds of local currency notes of different denominations, ranging from old notes to new notes, to the clean ones, the filthy ones, the torn ones, and even the badly worn ones.

Excited to share the first prototype of my final year project 🎉.. An app to help visually impaired people recognize money 🚀🚀🚀🚀

Yes it comes in android too. pic.twitter.com/h1q8BrQLpu

The machine learning algorithms that guide Currensee look for similarities and patterns in various kinds of currency notes and that is the basis for the determination of the identity of whichever bill is being checked out.

Once the currency note is in place, the app automatically detects the amount in a matter of seconds and displays the corresponding text on the screen, which obviously cannot be read by visually-impaired persons.

And that’s where mobile device accessibility settings like voice-over/text-to-speech output come in handy. For visually-impaired persons who already use this, the text on the screen is read out to their hearing, making the need to program a voice output somewhat unimportant, though the young techie is still open to the option. According to Habeeb, the iOS version of the app was built using Swift, and for the Android version, it was Java.

To make it all come to life after writing the code (which interestingly wasn’t even the most tasking part), Habeeb had to get his hands on all kinds of naira notes and take pictures of them (he took as many as 500 pictures of a single note), and getting the notes wasn’t always easy.

“Most of the stress has been about gathering data. Sometimes, you go to the bank and they don’t have the notes,” he told WeeTracker. “A lot of times, I have to go to different vendors and try to do cash back, that is, pay with card for cash. Sourcing the notes has been challenging because I need bad notes too.”

The pictures of the notes were taken from different angles and under different light intensities; from bright and mild to dim and low. All this was in a bid to build up a richer, wider data set which would make for an algorithm that would be reasonably accurate, and in essence, an overall system that would be as close to perfect as one can get. All the data were subsequently fed into the model. And that took some doing.

But it looks like it was all worth it. Currensee is posting very positive results in its first beta testing phase. In fact, it has accurately identified naira notes of different kinds since Habeeb let the world in on the progress he has achieved on his project via a tweet dated only a few days back, and results from tests conducted on a number of visually-impaired persons have been satisfactory.

As things stand, the work he’s put in might actually be enough to fetch him an A-plus on his project. But the youngster is already looking beyond that. He’s currently toying with the idea of building a sturdier machine learning algorithm for the second beta version with as many as 2,000 different pictures of each note.

There’s also some talk about working on the iOS app in the next development phase such that the app would be integrated with an accompanying smartwatch like an Apple Watch, and haptic feedback (vibrations) would be used to notify the user when the currency to be identified is in place. That way, it automatically reads out the currency in place. These are some of the additional features that Habeeb is still figuring out for the app.

Growing up, the Lagos State native liked computers just as much as any other kid — no extra interest. Like most kids, it was all about the games, movies, and all the other fun stuff for him. The desktop system that sat on a desk in his home was basically a game arcade.

It wasn’t until the latter parts of secondary school that he developed some sort of “cool interest” in computers. So when the time for university applications came around, Computer Science appealed to him, though he went into it with doubts. But before he had even gotten as far as sophomore year, it had already become clear to him that he was indeed where he ought to be. It had become apparent that he was a natural after all.

However, beyond his personal quest to find his path and fulfill his potential, Habeeb has always been something of an empathetic, fraternal spirit with a keen sense of kindred. In some ways, the idea for Currensee was birthed by his personal experiences as a volunteer on a platform called Be My Eyes; an app for assisting the visually-impaired.

“I signed for it to help blind people with tasks that require sight. For example, someone once called me and asked me to help her choose the right colour of thread because she wanted to mend her daughter’s dress,” he says.

“I get calls from Nigerians too. One time, this guy needed to buy an airtime voucher. I directed him all the way. Then, he needed help to identify the right money and to get the right airtime voucher. Someone else helped him where he was,” he adds. “I felt good about helping and I wanted to do more. So I decided to build this app.”

His selfless nature has also pushed him into a few other humanitarian projects, one of which is his nonprofit; islammeanspeace.org, through which he plans to set up donation campaigns, give charitably to orphanages and refugee camps, and organise volunteering campaigns that will impact schools in parts of rural Nigeria where formal education (especially the education of the girl child) is still pretty much alien. For Habeeb, it’s all about building bridges and empowering people, including the disabled and the less fortunate, and promoting accessibility.

And he’s not just talking a big game. Having already put in six months on Currensee while juggling his nonprofit (which he took down for a bit to do some work on), Habeeb is sure walking the talk. It sure is a long way to go, but it’s a start. There are still a few rough edges to be hewn off but the youngster certainly has promise. And a heart to go with it.

Habeeb Bombata will be graduating from Bells University this July. Between now and then and probably even afterward, the plan is to link up with some like-minded individuals so as to speed up the Currensee project and add more features, though the project is open source and access is granted to pretty much anyone who wishes to contribute to the code base.

Then, he hopes to work on many more really cool stuff with some of the best in the business and probably launch a tech startup of his own sometime in the future. For now, though, it’s about helping people and getting better. 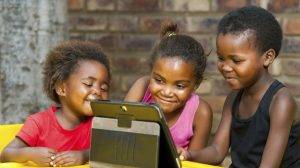 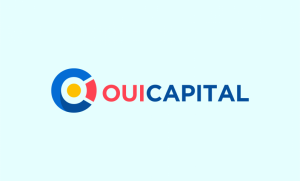 Despite Growing Economic Tension, This Is The Average Take-Home Pay In South Africa Right Now Exclusive: Andela Still Haunted By Familiar Ghosts As It Struggles To Find Jobs For Mid-Level Developers 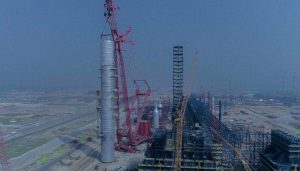 Viral Inequality? The 3 Richest Africans Have More Wealth Than Half The Entire People On The Continent 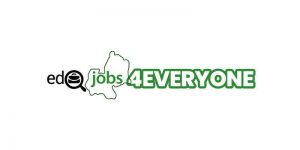