From Anambra, southeastern Nigeria, comes the story of a 26-year-old whose pain at the loss of a childhood friend inspired a work of genius that could put him within touching distance of something colossal.

Nelson Eze grew up in the not-so-nice parts of Awka, the capital of Anambra State. He was born under a tree in a remote village, struggled to read in elementary school, worked as a house help at five years of age, has no university education, and still dreams of making a positive impact on a global scale.

When Nelson was a 12-year-old Primary Six pupil, he lost a close friend to gasoline generator fumes. And since then, he has made it his goal to make sure no one else has to ever suffer the same fate. He set out to replace gasoline generators and the young man has since developed a generator that runs exclusively on water, amongst other really cool inventions.

“I’m still wondering if I actually did this.”

Nigeria’s struggles with power generation and distribution have made power generating sets a common feature of most Nigerian households. And on that ill-fated evening, the said friend had one on as the family was going about the nightly motions of dinner and TV time. Due to a heavy downpour, the family had moved the working generating set close to their apartment to protect it from the rain and possible theft. But it proved a bad call.

The family fell asleep watching TV and it was the last time they ever fell asleep — nobody woke up the next day. The poisonous exhaust fumes from the generator had found its way into the house and they had all suffered asphyxiation in their sleep.

When he heard of the tragedy that has befallen his friend and the rest of his family, Nelson knew didn’t just mourn. He also went to work. When he thought about alternatives to petrol in generators, he kept getting drawn to the most abundant solvent on the planet — water.

From what he had heard in science classes in the village school, most of Nigeria’s electricity was generated by turning turbines with fast-moving water and it didn’t make sense to him why the same couldn’t be done on a smaller scale.

So, Nelson got to work. Apparently, knowing that water could indeed be used to generate electricity was all the motivation he needed.

“The first time I did a very small experiment, I was able to get over 40 volts with just water. In my junior secondary, I developed another one that gave an increased voltage. I told myself that I should do something better and that was how I started working hard. I normally go to the refuse bins, pick waste and all sorts of components, I go to mechanic workshops, radio workshops where they give me discarded parts and that was where I started.”

Though his very first prototype of the device exploded during tests, it did little to deter him. Today, he has been able to design a 1kva (1000 watts) portable hydroelectric generator that can power a single room; powering bulbs, fans, and a television set, though he’s yet to step it up enough to power such devices as pressing irons, refrigerators, and air-conditioners. The generator, according to Nelson, has a maximum capacity of 1000 watts and its voltage fluctuates between 220 and 240 volts.

On how long the hydro-electric generator can last, he said: “As long as the water is there, the generator keeps running. You only need to change the water when you want. We want to end smoke. Because the machine does not have exhaust pipes, you can keep it in your room while it is working. Its sound is very minimal. I want to upgrade them to even enable them to power a community. I use the one I have developed in my place but it is not that efficient because some of the components still need to be improved on, because I picked some of them from the waste bin.”

Nelson does all the work in a small workshop in his home; a small room crawling with bits and pieces of all kinds of things (mostly discarded, scrap items). The walls of the room are covered with cardboard papers bearing different structural designs.

Another ingenious effort of his has led to the design and fabrication of a portable machine that is capable of converting inorganic waste like plastics into petrol and diesel. He calls the machine “Mgbanwe C12” (Mgbanwe is an Igbo word for “change” or “transform”).

He has also developed a third machine which he calls “Farmer”. Although still at the prototype stage, he claims the machine is able to do some fieldwork as it functions in clearing farmlands, pounding the waste from farms into a chamber, and converts the waste materials to methane gas.

So far, Nelson has to his name numerous awards and trophies from competitions at both the state and national level for his inventions, but very little of that has translated into any kind of meaningful support and funding from both the government and private institutions for his course. Which is why he has had to make do with whatever can lay his hands on from scrapyards and mechanic workshops, but he could do a lot better.

He hopes to complete his National Diploma in Instrumentation and Control System Engineering at the National Metallurgical Training Institute, Onitsha, Anambra State, in the next three months, and get a job afterward to help raise money to perfect his creations (starting with the hydroelectric generator), and possibly get them into the Nigerian market by next year. And with some support, he just might pull it off. Access To Funding Gets Easier For Rwanda’s Enterprising SMEs 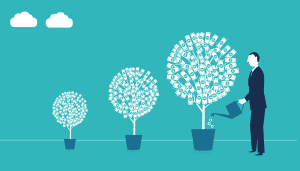 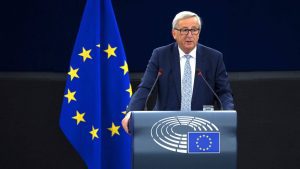 EU’s USD 44.8 Bn Gesture To Africa Is Closing Two Gaps With One Bush 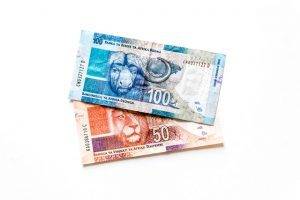 South Africa’s Rand Strength Is Dimmed By An Emergency Budget How A Series Of Shrewd Acquisitions Gave Birth To Southern Africa’s No.1 Payment Services Provider