Resilience And Grit Are Key For An Entrepreneur’s Success Resilience And Grit Are Key For An Entrepreneur’s Success

Much is said about entrepreneurship. The journey to coming up with meaningful solutions to solve mankind’s problems is no easy feat, but still has it pros.

For one, this is a suitable route for those who do not want to be confined working under other people, for those who yearn for control and flexibility in their day to day lives and free from the ‘eight to five’ routine. Entrepreneurship challenges an individual to build and fully employ his set of skills, ultimately transforming into an able individual with qualities that are unfortunately not learnt in the classroom.

But this journey has its downside as well. An entrepreneur can face anything from lack of capital, mentorship and support, lack of an able team and even fear of failure and of the unknown. However, though this might be an uncomfortable journey, its challenges and solving those challenges bring worthwhile achievement.

This is reiterated by Jason Eisen, founder and CEO of UTU Technologies. He believes grit and resilience are key factors in helping an entrepreneur succeed in his journey.

“Many things come to play, but key determining factors in entrepreneurial success and grit and resilience. It’s all about how many times you can get kicked yet still keep going and keep smiling,” said Eisen.

Prior to starting UTU Technologies, Jason had founded MaraMoja Taxis in 2013, a taxi-hailing platform based in Kenya. But before launching it, he had seen his share of challenges. His partner, with whom he was to equally fund the taxi-hailing startup, backed out after he had quit his job in the US and moved to Kenya to start the company. While this might have discouraged some, he moved on and later founded UTU Technologies in 2017.

Many prominent business leaders have also sunk and came back up due to possessing this quality trait- resilience. Take Elon Musk for instance. He was ousted as CEO of the first company he created and had his first Paypal product voted as one of the worst business ideas, among other things. Undeterred, he pushed on and co-founded Tesla, which was ranked the world’s best selling plug-in passenger car manufacturer in 2018.

But what role does resilience play in entrepreneurship?

Simply put, resilience makes the entrepreneur capable of pushing through challenges and integrate what they learn from these challenges to become better. In the event of failure, resilience is what will get them back on their feet and make them quickly adaptable to changes.

While other factors do contribute to success, it’s a question of whether the entrepreneur is willing to fall down seven times and get up eight times. Resilience and grit are what separate success and failure. Talent and resources mean nothing, if one backs down when faced with challenges.

Even in his entrepreneurship journey, Boldewijn Sloet, Managing Partner and Co-founder of Africa Tech Ventures said, “As an entrepreneur, patience and persistence has helped me more than knowledge, skills, or pretty much anything else for that matter.” 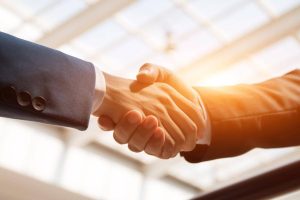 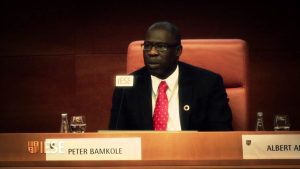 Why You Might Need To Fire Your Most Talented Employee 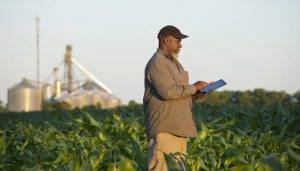