Egyptian investments keep living up to its African investment title year after year. And, it’s the one country which religiously keeps record of the significance of every dollar pumped in.

By a remarkable compendium of figures, the North African country remains the continent’s largest market and one of the most diversified economies.

Nonetheless, there was a bizarre change in the country’s investment collaboration chart with Saudi Arabia last year. In Q1 of the 2019/2020 fiscal year, Saudi’s FDI to Egypt went down by a seemingly disturbing 43.3 percent. The USD 63.9 Mn grossly submits to the USD 122.4 Mn recorded in the previous fiscal year.

The report (PDF) which was released by the Central Bank of Egypt (CBE) seemed to throw spikes on the asphalt of Saudi’s commitment to Egypt.

As of February 2019, Saudi marked a historic all-time high as it planted USD 54 Bn in an array of Egyptian sectors. USD 44 Bn came from private companies, while USD 10 Bn was invested by the Saudi Public Investment Fund.

Also Read:Egypt Has Gotten USD 2.3 Bn Worth Of Investments From The Afreximbank

The latest cement to the trade relations between these two countries was masoned by a telco deal. Vodafone Egypt, the largest mobile operator in the country, sold a 55 percent stake to Saudi Telecom for USD 2.39 Bn.

The transaction, when finalized, will mark an exit from the Egyptian market, to bring the U.K-based parent firm’s businesses under one umbrella.

To put the slump into perspective, Saudi’s foreign direct investments to Egypt in Q4 of the 2018/109 fiscal year was USD 104 Mn.

CBE declined to comment, but did clarify in a recent report that the decline in  Q1 2019/2020 was by 33.4 percent. Be as that may, a slump in Egyptian investment from the Kingdom, is a slump.

The nosedive in terms of percentage is too weighty to ignore, but it is not so much of a concern in terms of the overall investment volume from Saudi to Egypt.

Astrit Sulstarova, Chief of Investment Trends and Data Section at the United Nations Conference on Trade and Development (UNCTAD), points first to volatility, which can happen for different reasons.

“The reason for the decline is that bilateral FDI between countries, unlike trade, is quite volatile year over year and does not necessarily reflect deterioration in overall trade and investment ties,” the Investment and Enterprise expert told WeeTracker in an electronic dialogue.

Case in point, the realization of a huge investment project in one – any – year can springboard general bilateral investments to a record high.

Illustrating this, there were busier Egyptian investments roads for the 2018/2019 fiscal year, resulting from the visit of the Saudi Crown Prince, Mohammad bin Salman bin Abdulaziz Al Saud.

The visit, among many other signals, was big business for Egyptian investments. While deals between both governments were already in the skies, the Prince’s meeting with President Abdel Fattah el-Sisi took the flights to too many new levels to mention.

Back To Normal Levels

Some of the factors that decrease FDI to just about any country include political instability, size of local market, growth potential and exchange rate.

For these, among others, Egypt is not really found wanting – at least in Africa. Again, the country boosts its economy with an array of free trade areas, another hot investment magnet.

The physical receptors of millions of dollars were Egypt’s New Administrative Capital, the New el-Alamein City, the October Oasis at Giza’s 6th of October City and Egypt’s DisneyLand.

Investments at this time surged upwards, contributing to an all-time high between 2018 and 2019. Now, FDI from the Kingdom to Egypt are returning to normal levels, which is why there seems to be a decline, Sulstarova agrees.

This shift could only be caused by a heavy boost coming from the the second largest foreign investor in Egypt – accounting for 11 percent of FDI. Saudi is also fast-coming the largest Arab investor in the country. 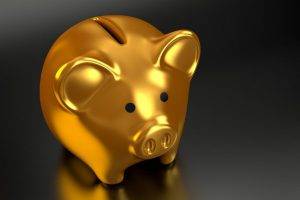 SA Xenophobia Fallout: What Will Really Happen To SA Businesses If They Are Forced Out Of Nigeria? 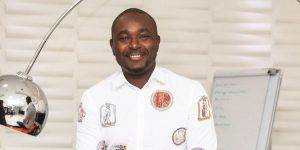 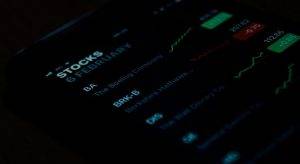