Among the new crop of the many “latter-day agric investment companies” located in Lagos, Nigeria, is a company known as Green Partners (also called Whales Energy Ventures).

Green Partners describes itself as an “agritech company registered with the Corporate Affairs Commission (CAC), serving as a link-bridge between practicing farmers and corporate workers/investors, with interest in the agricultural sector.”

Sounds cool and looks good on paper, doesn’t it? Sure, it does. Only, there’s a problem.

Green Partners takes money from investors and helps these subscribers/sponsors to start and manage an agricultural business in livestock production.

The company also offers a “special” catfish farm package that willing investors can buy into for NGN 50 K (USD 129.03) per unit and earn a guaranteed interest of 25 percent in just 6 months.

Sounds too good to be true? That’s because it probably is.

The problem? Green Partners has reneged on its payment agreements to investors and members of the general public and they are using the pandemic as a convenient explanation for their failings. This excuse might have been a plausible explanation if the company wasn’t already two-timing investors long before COVID-19 happened.

Indeed, many individuals who bought into “Green Partners’ paradise offer” more than a year ago are yet to get even a dime of their capital, let alone interest. It is also understood that the Managing Director of Green Partners, one Kayode Bankole, as well as the company’s shareholders and lawyers, are either ghosting or have made themselves hard to reach.

After several weeks of radio silence, Green Partners issued a statement earlier this month in which it acknowledged that it, indeed, reneged on its promises to pay, though the company claimed this was due to some tough circumstances.

“The worldwide COVID-19 Pandemic started in January affecting our international partner and we did suffer a massive loss on some of our farms including our pig farm housing a huge chunk of our investment invaded by swine fever,” the statement reads.

Green Partners also claims that despite the distress, it was able to pay close to half of the outstanding returns (running into millions) and some other investors early in the year, and had completed the plan to pay all others before COVID-19 struck, delaying payments from its creditors as well. The company also says it stopped all campaigns for some months now until the matter is conclusively handled.

But the investors, who have their funds stuck in what is increasingly looking like a failed endeavour, have a different view. According to some stranded investors, the company has been playing hide-and-seek with them even before the outbreak of the novel coronavirus.

“My partners and I are currently battling this. Mr. Kayode has failed to respond to our calls and messages! He had been so rude and disrespectful! He has had our funds for a year now and has not paid a kobo! And they keep advertising,” one investor complained.

There are many who have corroborated the story that the company kept on raising funds by collecting money from the unsuspecting public even while owing other sponsors. In fact, as recently as February, the company was advertising, even as sponsors claim it had already run into problems with its payment commitments before that time.

Many are convinced the company lured people into investing despite knowing it was facing problems, and then used the fresh investments to offset some old debts, the same way Ponzi schemes or the classic pyramid scheme works.

At the moment, the matter remains unresolved as aggrieved investors feel that unpleasant bile rush that comes with knowing a con may have happened and losses will now be counted.

Not an isolated case

There’s a new crop of agritech ventures in Nigeria offering insane returns over unbelievably short periods. A rule of thumb to follow is to always have in mind that any offer that sounds too good to be true is most likely not wholly true. Abnormally-high returns are almost always a red flag.

Numbering over sixty, most agritech startups in Nigeria are essentially crowdfunding platforms offering funders the freedom of putting their money to work without actually doing the work.

As there are good examples in Farmcrowdy, ThriveAgric, Agropartnerships, and few others, there are also more than a few bad eggs toxifying the sector and soiling its name.

Lately, there has been an upsurge in reports of platforms masquerading as agritech startups, failing to keep their end of the bargain and, in some cases, disappearing entirely with people’s funds.

A common theme among such unstructured crowdfunding agro investment platforms is the improbable returns they offer; some offering ROI of up to 40 percent per annum.

In the past few months, names like Farmkart, Growcropsonline, Madaki Agro, and Menorah Farms, among others, are all so-called “agritech” platforms that have been implicated in various misdealings, leaving investors stranded.

Like Green Partners which claims to cover investments on the platform with insurance from Prestige Assurance Plc, most of these mushroom ventures lure people in with sweet talk that suggests all farm projects have insurance to mitigate any unforeseen risks that could lead to the loss of the sponsor’s capital.

But in reality, this is hardly the case. The onus is, therefore, on the potential investor to do adequate due diligence to confirm proof of insurance documentation and scope of the cover.

There is also the need to ascertain the identity of the company and its leaders, financial statements, evidence of track record, and even visit the project site, if possible. In all, with agric investments especially, it shouldn’t be as laissez-faire and straightforward as shady companies like to paint it.

As the Securities and Exchange Commission (SEC) finally goes about the task of proposing the regulatory framework for crowdfunding platforms in Nigeria after years of just talk, the general public would want to tread the agritech path cautiously.

These Nigerian Businesses Started All The Way From College 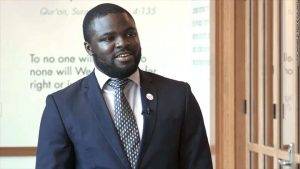 The Nigerian Tech Ecosystem May Be Rigged Against Female Entrepreneurs Elephants Aren’t The Only Things Dying Off In Botswana

Learnt Entrepreneurship As A Child At Father’s Restaurant, Now He Is Changing The Face Of Construction In Mozambique 5 Reasons Why You Should Apply For WeeTracker UberPITCH 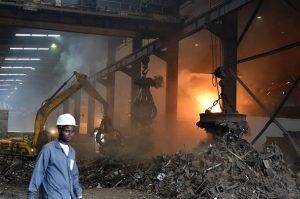 Can This Russian Firm Fix This Failed Nigerian Mega Project That Is 40 Years In The Making?