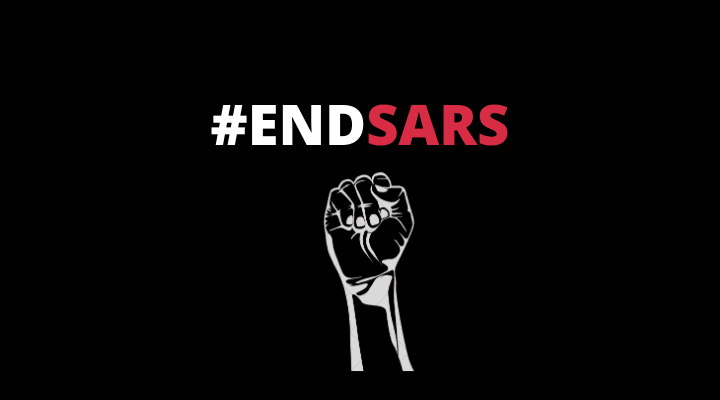 The #EndSars protests now metamorphosing into the #EndSWAT protest, as the authorities begin to progressively give in to the people’s demands for a reformed police force in Nigeria, provides a unique opportunity for us to get it right.

The 5for5 demands is replete with demands specific to the notorious Special Anti-Robbery Squad (SARS) team, but not inclusive of reforms of the equally brutish Nigeria Police Force, and the archaic way Nigeria polices her large population.

This is even as the larger social pressure of unemployment among youths exacerbates crime. The only demand in the 5for5 that tackles the policing issue is the issue of pay which is notoriously unachievable in a country with a massive revenue problem and chronically tax-avoiding citizenry. Nigeria spots one of the lowest tax-to-GDP ratios in the world!

Nigeria is supposedly a federalist country, yet it centralizes all security apparatus since the end of a divisive civil war that all but created a powerful and inefficient centre that continues to drown in its own inadequacies.

True reforms must start with the goal of decentralization in mind, because to police a diverse and large country like Nigeria, multiple layers of security among the three tiers of government (national, state and local) must exist and work in synergy.

To this end, a government communiqué that was issued in the early days of the protest that insists to be guided by Nigeria’s defective constitution forced on her by the “military” rulers that continue to govern in democracy under proxy will only achieve a stop-gap reform that will need some kind of redo in the future.

One must find a middle ground of course, between centralization and complete devolution, in keeping to the spirits of democratic gradualism. The conversation one hopes reformers secures at the table now is what the middle ground is.

The suggestions in this article, written three years before today’s protests, summarizes the thoughts, that represents a middle ground one hopes. All tiers of government and community members, as well as the business community, should also fund that police structure as well.

The Police Act 2020 that revised the dated colonial-era law of eighty years ago was a missed opportunity for reform by the administration of President Buhari.

Let’s hope the young protesters on the streets won’t miss this opportunity for true reforms by understanding the over-arching issues of security and jobs, and the interplay of generational resistance to true reforms of the police system. The time to act is now.

About the author
Michael Oluwagbemi [ @busanga] is a tech-community leader in Nigeria & Co-Founder at LoftyInc and chaired the continental network of innovation spaces in Africa- Afrilabs – from 2015 to 2017. He writes from Abuja, Nigeria.

Disclaimer: The views and opinions represented in the above article are solely that of the author and WeeTracker Media may not necessarily hold the same views or opinions.