Millions- if not billions – of football fans from all over the world saw how the legendary Cristiano Ronaldo stole the cameras with his more-super-than-usual freekick from outside Spain’s 18-yard box and scoring a hat-trick for Portugal in their first group stage match in Russia this World Cup. Everyone marveled, everyone saw one of the football kings live up to the expectations in his first 2018 World Cup match. In an equal way, we see players like France’s Mbappe and Griezman, England’s Harry Kane, Uruguay’s Cavani, and the consistently saving goalkeepers in the penalty shootout dramas all showcase soccer dexterity in their capacities.

But what we viewers didn’t see are the habits that turned them into the legends they are – discipline, drive, conviction, and hunger. These are also the habits shared by many of the greatest entrepreneurs in the world, and that’s according to Sir Alex Ferguson and Michael Moritz. This Manchester United former manager and the billionaire capital investor co-wrote a book called Leading. According to Ferguson, there are four identifying habits of world soccer superstars, which happen to be the same qualities Moritz looked out for in battle-hardened entrepreneurs.

There is no football without discipline – a maxim I just came up with. Diego Maradona got sanctioned for his “middle-finger” display at the group stage match between Nigeria and Argentina. Because of that misconduct, he is no longer FIFA ambassador and as such is no longer paid for the role. When Japan lost their game against England, a massive, enviable cleanup of the dressing room and bleachers was done by the team – an act that has been applauded in the world.

How Easy Is Doing Agribusiness In Nigeria? The U.S Is Facilitating USD 300 Mn For A Better Answer

In 1986, when Ferguson was appointed the manager of Manchester United, he fast understood that undisciplined culture prevailed in the team. Over the next 26 years, he attributed his success over maintaining discipline from the wardrobe to practice time, diet and sleep. This must’ve been what rubbed off on Cristiano Ronaldo. Did you see him showing good sportsmanship by patiently helping injured Cavani out of the pitch even while his team was losing against Uruguay? According to Ferguson, Ronaldo was one of the most disciplined players he’d ever met. From a strict diet to abstinence from alcohol sodas and processed food, the player showed good conduct. And we saw this in his appearance, as well as many others’ conduct in Russia 2018.

Being disciplined is a parallel between soccer powerhouses and admirable entrepreneurs. Learn from the religious Bill Gates who bought a TV to watch educational videotapes, but disconnected the tuner so TV shows and movies would not distract his attention. He as well uninstalled the radio from his car, just to be focused on Microsoft. And today, who is Bill Gates? Whether or not you are in the startup scene, self-discipline should be the driver of your actions, that with which you focus on what really matters. 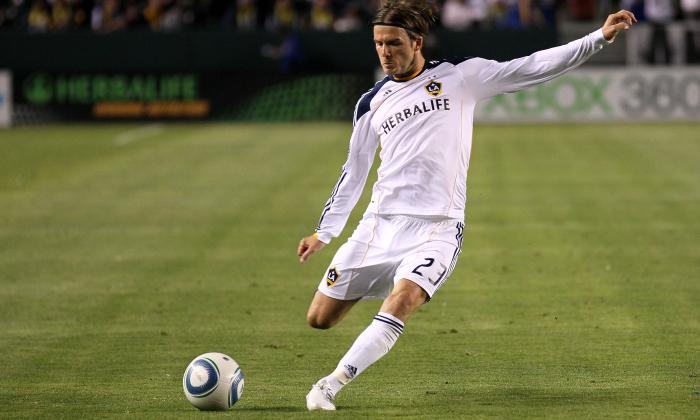 I remember being told when I was much younger that people like Ronaldo, Messi and David Beckham had to be dragged out of training facilities long after rehearsal time. Those players did extra time, anything, just to be world greatest players. Have you watched the movie Bend it Like Beckham? It was inspired by Beckham’s extra practice to perfect his curvy freekicks. Beckham has retired from the soccer scene, but in Russia this year, there are some fans who remember him anytime a player stands to take a setpiece. They’d wish it was the 25-30 yards champion curving that ball into the net – giving them something to scream about. For Ronaldo, Ferguson says he’d be able to score a freekick if he took it from behind the moon.

The teams that made it to this year’s quarter finals are the least expected, except England and Brazil. Belgium did defeat Neymar and his team yesterday, and as I am writing this, England is battling in the ring with the Swedish 11. The big boys are gone, and we can’t but wonder how Russia, Belgium, Sweden, and Croatia have made it this far – but it’s all a matter of drive. It was at the last few seconds of the game against Japan, that Belgium came through with the 3-2 win. Russia has been resilient, maybe because of the merits that come with holding a World Cup.

In all, a drive is essential. Startups need to key into this and be dead serious about what they are doing for their businesses. Speed, skill, practice, risks, extra time – success. The football stars we know today wouldn’t have had as much as a glimmer if they don’t have a passion for what they do. Everything has to be deliberate. Jeff Bezos started Amazon on a desk, at night, with a monitor, and with consistency, he’s one of the world’s most lucrative.

Footballers know that pushing their limits helps them become better. Some people thought Ronaldo was overconfident or proud when he stood to take that setpiece against Spain to mark his first goals in the 2018 World Cup. No, it was conviction – the inhale and the exhale, standing astride with shoulders high and chest poised. He believed in himself. When I was watching the match between Croatia and Denmark last week, I saw the Denmark keeper Schmeichel agitate like an avenger during halftime. I was beginning to think the goalie was just plain restless, until he saved Rakitic’s penalty, which took them into extra time with Croatia. Though Denmark finally lost the match, Peter Schmeichel was downright proud of his son’s saving performance during the penalty shootout. It was then I knew that his agitation wasn’t just noise or bragging, but sheer conviction.

Some players, such as forwards, easily lose confidence in their skills when they start losing few attempts. It’s basic soccer psychology. Ferguson says “Their confidence is easily shaken; they blow with the wind and can be plagued with doubts. That inner belief in yourself – conviction – is a key element of success. According to Moritz, “The rarest of commodities” are true leaders because so few people have “unshakable confidence” in their convictions. Sergey Brin and Larry Page – the Google guys – walked into Sequoia Capital’s offices with a clear sense of their goal and their capacity to make good on their promise. Startups need to always keep their eyes on the goal, see setbacks as opportunities to take forward steps. For all this, conviction is the master key. 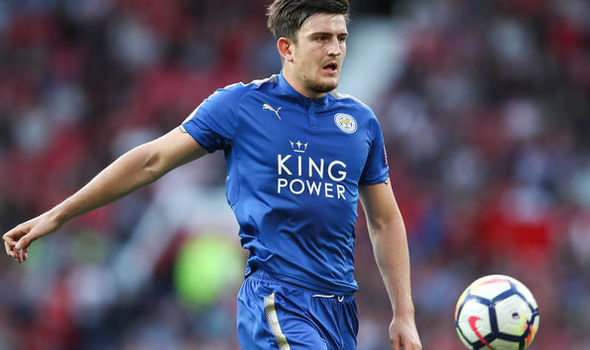 Hunger is a very intriguing quality of footballers. Ferguson and Moritz admired players and entrepreneurs who came from poor backgrounds or adverse situations. Ferguson says he’s long had a soft spot for persons from working-class backgrounds, because he thinks it prepares them for hardness of life.

Harry Maguire of England started his football career at lower-league side, Sheffield United, after which he moved to Hull City. In between the three years he spent at the Tigers, he had a lone spell at Wigan Athletic. He joined Leicester City in 2017, and ever since he had been a sensational revelation for his club side and the English national team. All the way from the bottom, hunger drove him into the limelight, and his stellar performance has now seen him secure a place for himself in the starting lineup of the Three Lions in the 2018 FIFA World Cup. He scored his first international goal in the match against Sweden. That is hunger.

Moritz has revealed a list of startups he invested in, whose founders came from trying circumstances, including Yahoo, Whatsapp, Google and others. He says he prefers entrepreneurs who have “an inner fortitude” cemented by setbacks, reversals and the fear of failure. There is hardly a way to enjoy the “hunger” if you enjoy a comfortable, middle-class life. Find inspiration from those who pave paths and make names. Legends find fuel in their travails. Skills may only get you so far in business. Many people are competent, but only a few are truly great, and fewer are legendary. What differentiates is hunger.

The World Cup Snowballs to an end, no one can really predict the outcome. But one thing you can be sure of is that the efforts put into your business will never go down the drain. Use these four habits to compete, win and testify. Join us again next time in what may be the last episode of the 2018 World Cup Series.