Cairo-based farm-to-door fresh produce eCommerce platform, Fakahany, has raised investment of USD 700 K in a seed funding round led by Endure Capital, who are also joined by angel investors.

Fakahany was established a year ago by the duo of Waleed Khalil and Ahmed Attia. The former also happens to be a partner at Endure Capital. The eCommerce platform makes it possible for users in Cairo and Giza to order fresh farm products like fruits and vegetables via its online platform and mobile applications for both Android and iOS. The startup is said to have its warehouses where it stores fresh produce sourced directly from partner farms.

According to Ahmed Attia, Co-Founder of Fakahany, the startup is focused on filling the void between farms and customers, as well as optimising the intermediate processes. This makes it possible for the startup to provide customers with some of the best quality produce at their doorsteps, thus, offering good value for money.

The startup appears to have witnessed significant growth since its launch, and this can be attributed to the impressive level of demand in the market for its services; a feat which the company claims has seen its revenues grow tenfold over the last one year. 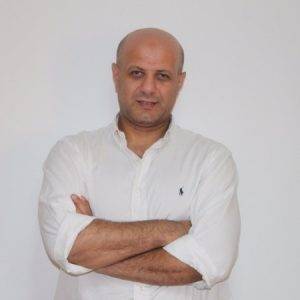 “We chose this vertical understanding the challenges of working with fresh produce and perishable goods. However, the great calibres that we have and the collective industry experience within our team has allowed us to build a powerful eCommerce platform and sturdy operations that enable fast growth and a seamless experience for our customers,” commented Waleed Khalil, Co-Founder and CEO of Fakahany, with regards to the development.

Tarek Fahim, General Partner at Endure Capital who lead the investment round, noted that continuous optimisation, automation, and vertical were required for sustenance in today’s business environment. He also suggested that the investment in Fakahany was borne out of confidence in the high and consistent growth which the startup has shown in such a short time while expressing belief in the ability of the startup to continue in its upward growth trajectory.

The investment is expected to be channelled into further developing the technology of the platform, as well as expanding its team, reach, and offerings. Details bordering on equity agreements are yet to be disclosed at this time.