UberEats acquires Dallas based orderTalk for an undisclosed amount. So what’s the great news?

Well, Cape Town-based Knife Capital just got a grand exit from one of its portfolio’s frontrunner – orderTalk. The investment which was made ten years ago can be tagged as an investment with a foresight. Back then online ordering was in a very nascent phase with a handful of significant players in the market like GrubHub, Seamless, and Webvan.

Today with the penetration of internet and smartphones, the industry has become the center stage for investments. Naspers’ investment in India’s Swiggy is an indication of the investments getting acute attention. The Indian startup is lined up to be the next unicorn in case its deal with DST Global goes through.

Uber Eats that works with over 100,000 restaurants in 200 cities and 35 countries; identifies POS integration as one a crucial step towards adding more restaurants to its platter. Uber Eats head of business development, Liz Meyerdirk, says: “With orderTalk’s engineering talent and the group of people that we’re acquiring, we’ll be able to supercharge our point of sale integration strategy.” She explained that the acquisition was part of a two-fold strategy: to reduce the amount of errors which can arise with manually entering orders and to streamline workflow so that orders are directly fed to the kitchen display monitor or ticketing system.

orderTalk, founded in 1998 by Hilton Keats was launched as a software as a service company in 2004. In the same year, lawyer Patrick Eldon joined as CEO and opened the Cape Town head office in 2005. While orderTalk initially expanded its technical capabilities in Cape Town, the main client base started growing aggressively in the US and UK. Over the years the core business was relocated to Dallas, Texas.

It claims to have integrated with more than 10 of the leading POS providers and most major payment processing vendors. The company received funding of USD 720 k in 2008 from HBD Venture Capital, managed by Knife Capital. 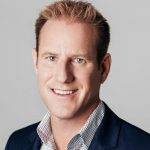 “Raising capital by way of the investment made by HBD provided enormous value, not only in tangible but also intangible terms. The strategic support, mentoring, advice and hands-on assistance received from HBD and Knife Capital over the years of the investment have been invaluable,” says Patrick Eldon, CEO of orderTalk.

The business has shown consistent and phenomenal growth over the past ten years, recording a 60x increase in revenue since the VC investment, and growing from 5 employees to 27. orderTalk also repaid the initial VC investment via dividends back to HBD, even before the Uber exit.

On the superb exit, Keet Van Zyl of Knife Capital exclaimed, “orderTalk was the final investee company to exit from the ZAR150 million HBD Venture Capital Fund that Knife Capital managed. We have proved that locally developed technologies can have a global impact and that one can attain superior venture capital investment returns from South Africa.”

The HBD fund has seen successful exits to Visa and General Electric in the past. The VC Firm is now backed by the Draper Gain Family Office and continues to actively invest via a consortium of funding partnerships, including SARS section 12J Venture Capital Company KNF Ventures.

Van Zyl adds: “orderTalk set the bar on how to build investor-investee relationships. While it was not always an easy growth path, we all learned a lot, had amazing experiences, impacted lives, made money and formed lasting friendships!”