Well, it may come across as a rather bold claim, but the assertion that a confident 17-year-old brought the first computer to his village in Tanzania’s rural Mbeya region and also offered comprehensive computer training to up to 90 percent of the community’s youth is pretty much true.

Frederick Swai had just turned seventeen when he established The Dreamer Centre in 2010. He started the business to cater to the needs of his community in the areas of computing and office services. His computing outfit was opened to offer such services as typesetting, printing, and binding, as well as training courses for individuals using educational computer games.

And it all began with a casual trip to Tanzania’s commercial hub and capital, Dar es Salaam. Swai had lived most of his early childhood and teens in his village – the same place he was born. But the chance to visit a childhood friend of his who lived in the Tanzanian capital did arrive, and for once, he was leaving the rural scene for more urban settings – however briefly.

Swai was only sixteen at the time and on arrival to Dar es Salaam, he was fascinated by so many things, but none more so than the computers his friend had introduced him to.

Balloons Out, Blimps Are Next To Take Internet Access Airborne In Africa

From Europe With Loss: Crowd1’s Shady Scheme Has Stung Many Africans

Africa’s Bitcoin Search Is Not Just Leading, But Also At An All-Time High

His instant attraction to computers could be linked to one of those ‘love-at-first-sight’ moments that take over TV screens on those ‘Chick-Flick-Thursdays.’ The teenager was intrigued by the machine, and instead of playing games and visiting places as they had planned, their itinerary now had only computers in it. He spent the rest of his stay learning about computers and their applications and when it was time to return to his village, he knew he was going to get one of those for himself. Somehow.

Back in his community, you’d expect his fascination at the device to ebb away somewhat since there wasn’t any chance of getting one immediately, but the young lad remained upbeat. He decided to save up every penny he got from that moment onwards.

His determination to buy a computer for himself soon transformed into starting a computing services business when it occurred to him that there was none in his community and the villagers had to cover quite a distance to access basic services like printing and photocopy.

Swai was also privy to the not-so-pleasant reality that no one in the community knew anything about computers, and even though he didn’t know how it was going to happen, he knew he had to correct that.

Little by little, he gathered his savings, but he was still a long way off the mark even after several months of stashing his pocket money in a piggy bank. He needed help, he asked for it, and to his surprise, he got it rather quickly.

Swai gathered all the money he had saved up and took it to his parents explaining why he had been keeping the money. His parents must’ve been impressed by the determination and sacrifice of their little boy, and they decided to help him bring his dream to life by augmenting the sum he had saved up.

With some support from his parents, Swai was able to buy three computers and just like that; The Dreamer Centre got off the ground.

He started by offering computing and office services like typesetting, printing, photocopying, and binding, before moving on to training the youths in his community on various computer programmes.

As a city on a hill cannot stay covered under a cloud for very long, Swai’s sheer endeavour soon earned him some recognition. In 2011, the Anzisha Prize rewarded the Tanzanian entrepreneur for the significant positive impact he had triggered in his community with a cash prize of USD 1 K.

That prize money went into the purchase of more computers with which he bolstered the services and training efforts of The Dreamer Centre. “Freddie the Dreamer” was also to use part of the money to fund a new venture called New Anointing Computer Technology (NACT) after a fire incident caused by an electrical malfunction destroyed computers, printers, and photocopiers at The Dreamer Centre. And Swai shifted his focus to the new venture after the unfortunate event. 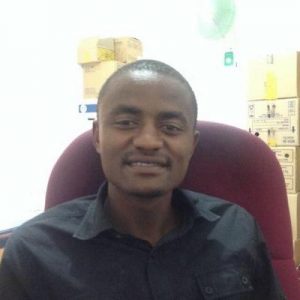 “That is what gave me the idea of New Anointing Computer Technology. I realised I did not need all those machines to run a business. I repaired some of them because I was studying engineering and we started the new company,” he says.

NACT Hub kicked off operations in 2014, and interestingly, Swai was undergoing a Computer Engineering programme at Malwa Institute of Science and Technology (MIST), Indore, India, at the time.

The company offers such services as web and network design, app development, data services, and office services like printing and copying. The business has gone on to sign two contracts with government agencies which has seen it build products and services that have made the collection of community levies seamless while enhancing accountability.

The boy who brought computers to his village currently manages The Dreamer Centre and NACT Technology Hub, and he implores young Africans to quit waiting to be served up chances on a platter. Now aged 27, he believes in seeking out opportunities and exploiting them.