Ever Heard Of Boat-Hailing? GoKada Is Vying For The Waves

Ever Heard Of Boat-Hailing? GoKada Is Vying For The Waves

Lagos is the smallest state in Nigeria but has the largest population in the country. Some of Africa’s most long-faced traffic problems exist in the day to day transportation of this commercial hub.

Aside from road transport, arriving at certain destinations by boat is a significant option, since 27 percent of the city’s landmass is made up of water.

GoKada, the on-demand bike-hailing company with significant market share of Lagos passengers, is going off-road and taking to the waters in a bid to beat traffic congestion and get commuters quickly and safely to their destinations.

According to an official Twitter announcement made by the tech-driven firm, GBoat will launch this June and will develop through to 2020.

There are limited company-released details regarding this development, but there is a cornucopia of existing information surrounding the development. First off, water transport is not entirely now to Lagos, as ferry rides have long been operating under the watch of the Lagos State Waterways Authority (LASWA).

Lagos Boats has been offering ferry rides, especially in the riverine areas of Victoria Island. But the waterways in the state remain largely underused. Given the pressing traffic problems, GoKada’s new boat-hailing service will go a long way in easy movement around Africa’s largest city.

While it remains unconfirmed, we believe that GBoat will be an app-based service, allowing people to book rides and tours from the convenience of their smartphone.

The new water-borne service does not completely come as a surprise to Lagos’ tech ecosystem, as ardent followers of the space understand that GoKada is simply living up to its own expectations. The company previously said that it would expand its service to include other means of transport – bus, ferry, etc.

No doubt, the ride-hailing industry of Nigeria is getting a lot more interesting. A new bike-sharing startup, ORide, entered Lagos in late May and is literally giving its two competitors – GoKada and MAX.ng – a run for their money.

With a reported USD 140 Mn in the bank and an NGN 100 ride offering to any distance in Lagos, this brainchild of the Opera Company seems to have what it takes to redefine okada transport in Lagos.

It is unclear whether GoKada’s shift from the road onto the waters is, in part, in response to ORide’s market advances, but we sure know that the firm has plenty of cash in its coffers.

Recently, GoKada raised USD 5.3 Mn in funding from Rise Capital to “expand operations” in Lagos. The tech firm also changed leadership, in a bid to bring in new talent and double down on its tactics.

If there’s one thing that we know about ride-hailing firms, it’s that they are bound to expand, so GoKada’s inclusion of boat transport is a realization of its future projection beyond motorcycle rides. Taxify rebranded to Bolt in preparation for the electric vehicle market at full steam, and rival Uber has done something similar.

The new service will be made possible in partnership with Lagos Boats. The entire news has been greeted with both excitement and reservations, but what’s certain is that GBoat, when launched, will have to be innovative to quite disrupt the e-hailing market. 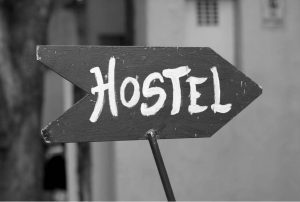 With Seed Capital Under Its Belt, Nigeria’s Hostel Marketplace MyPadi Is Easing Out Student’s Semesters These Nigerian Businesses Started All The Way From College From Grass To Grace & Back On The Grass – Once Featured On Forbes, Now In FBI Net For USD 12 Mn Fraud Nigeria’s VAT Revenue Hit A Record NGN 311.94 Bn In Q2 But The Country’s Taxman Is Not Out Of The Woods Just Yet