From Learning to Code On A Feature Phone To Working At MIT-Backed Company: Meet Elvis Chidera

Elvis Chidera is one of Nigeria’s newest crop of young, vibrant, and fast-rising talents who is revamping the continent’s tech scene. The 20-year-old is one of the lead developers at dot Learn, now Vectorly; an MIT-backed startup, operating out of the hustle and bustle of Nigeria’s commercial hub, Lagos. But it wasn’t until recently that lines began to fall for him in pleasant places.

Long before the trajectory of his journey began to shape up into anything like a crest, Elvis was just a ‘village boy’ cutting his way through bush paths in search of fodder for goats and trudging along dirt roads, sometimes barefoot, in rural parts of South-Eastern Nigeria.

If anybody had tipped him then to go on to become something of a world-beater in a field as select as tech, it would probably have come across as a bad joke. But today, the young lad is handling the reins quite well at one of Nigeria’s fastest-growing tech firms. And it all started from almost nothing.

As an 11-year-old kid who had known no other life than the one he’d so far lived in the village, it was quite remarkable and somewhat unusual that he had some sort of interest in tech from an early stage.

At that time, Android phones hadn’t quite penetrated the market, a basic feature phone was given to him by a relative had become his most valuable asset. It was the only means through which he could access the internet. 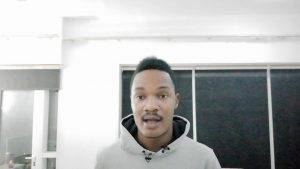 Truth be told, there wasn’t really much going on for him. But a kid living in those surroundings who could call a ‘Java Phone’ his own during those times was quite the catch. As a child, he would spend hours surfing the web on his Nokia phone – mostly checking out gaming websites, downloading and playing the latest games – as you would expect for a child his age.

But unlike most other kids, he didn’t revel in reaching a new high score or taking pole position on the leaderboard by blitzing through the sternest game level in record time. Being exposed to so many gaming websites dished out to him a different kind of excitement – one tinged with fascination and curiosity.

Elvis’ interest was piqued by the way websites work. It didn’t make much sense to him how his phone took him to a certain page whenever he entered some web address and he may have made a secret pact with himself to unravel the underlying mechanisms.

Perhaps it wasn’t exactly in his place to worry about something like that at that point in time, but the young lad had other ideas. He made some sort of unspoken resolve to learn how it is that websites exist almost by magic, and build one of his own too.

With little else by way of information resources, he resorted to his ‘favorite companion’ – the feature phone – for answers. With the device, he explored the internet for answers and before long, he was beginning to make some headway.

Elvis got to know of W3Schools; a handy site that teaches programming. He found some really useful tips and was going to jump at it if only that he wasn’t held back by a need.

The knowledge that he needed a PC to do a good job of learning programming did deter him, but only slightly. As no one he knew had one and no one close to him could afford one, he didn’t have much of a choice than to make do with the Nokia phone. And as ridiculous as that may come across, that’s precisely what he did.

Except for those who are still in elementary school, we are probably all familiar with the family of Nokia Java phones which were basically the ‘iPhones’ of the not-so-distant past. The X2’s, 2700’s, 2690’s, XpressMusic’s, 3110c’s, C1’s, and so on – they were quite the toast of the mobile phone community. So, I bet there’s a good idea what those phones and their features were like.

It was with one of those phones that Elvis pretty much made his programming debut. Crazy, isn’t it? But so true. Still only eleven at the time, he somehow managed to learn the rudiments of coding on his ‘very limited’ Nokia 2690. The device was not advanced, but some improvisation and determination saw him begin to learn the language of programming and even do some rudimentary coding.

As incredulous as it seems, Elvis became proficient and quite adept at programming having learned and practised on that mobile phone, and soon, he was thinking next steps. That next step did come in the form of a web project motivated by a movie he saw which was based on the rise of Facebook CEO, Mark Zuckerberg.

Inspired by Zuckerberg’s accomplishment, he decided to do even better, but he may have pushed himself a little too much as his first project was to prove a fiasco. In an interview with CNN, he revealed, “I was inspired by Mark Zuckerberg. But I wanted to go further and create something better. At that time, Facebook was set up to connect people you already knew, but I wanted to create a platform which connected everybody.”

In between failing to get enough sign-ups on the platform and trying to serve up something that was ‘too different,’ his first real project had been dealt a coup de grace and he found himself dangling precariously between ground zero and the hollow below.

But somehow, he dusted himself up and managed quite a rebound. His next idea was to build an app that would make it a lot easier and cheaper to send text messages (SMS) to a large number of people, and this one required a different set of skills – one he didn’t yet have.

Elvis had to learn a new programming language called Java but it was always going to be an uphill task to pull it off without a working PC. As he had no way of affording one, it was either his Nokia phone or nothing. And you can guess what choice he made.

After some rigorous searches, he discovered an application called J2ME SDK Mobile which served up a medium through which he could build an app on his phone.

For several days, he was painstakingly and carefully typing every line of code on the phone’s small number pad. It took a lot of effort but his resolve kept him going. A few months passed before his efforts culminated in the website and app for the bulk SMS platform.

And how did he manage to pull it off? How could he have built a website for PC on a feature phone? Quite simple. As he couldn’t afford a cyber cafe, his play was to keep in touch with some friends on Facebook who had PCs and who would get back to him with feedback on the site after checking out his work. It was long, arduous work, but he managed it.

The app was greeted with positive vibes upon its launch and it didn’t take long before the user base surged to around five thousand.

At only 14 years of age, he was making a few bucks off some daily transactions, but the project eventually hit the rocks and shut down when he could no longer handle the number of users on the platform – something that had more bearings on ‘infrastructure’ than ‘ineptitude.’

That is to say; he had pushed the phone over its limits and well within breaking point and it became pretty lucid that he would have to somehow avail himself of a PC if he was to take his skills to the next level and forge a career for himself in tech.

After cutting down on expenses, selling some of his belongings, and even soliciting financial aid from relatives and friends, he still came up short. The only play left was to venture into freelance website building and through this job, he was able to raise the rest of the sum.

He eventually got his hands on a laptop and immediately got started on working on Android apps, which proved an exciting prospect for him since the limitations of the J2ME platform were now non-existent.

About the same period, he completed high school and was seeking freelance jobs to support himself and his family financially. And the rest is history. Ever heard of what happens when opportunity meets preparation? Well, this is kind of a textbook case. Sheer providence saw him stumble upon a job advert for an Android Developer Position at MIT-backed company, dot Learn. He followed this up with an application and the project itself did sound all the right notes with him.

The dot Learn job offer was seeking solutions to problems associated with academics, with emphasis on online education videos. This checked all the boxes for him as he had previously built a free exam prep app called PrepUp which had racked up over 30,000 installs and had even taken him to the finals of the 2016 West Africa Mobile Awards.

After a series of e-interviews, coding projects, discussion of solutions, as well as iterations to solutions, his application was accepted and he became a member of the dot Learn team.

Now mentioned in the same breath as the likes of Andela and iROKO in the buzzing tech ecosystem in Lagos, dot Learn seems to be holding its own quite well in Nigeria. And it probably has a certain ‘village boy’ to thank.