Slept In Churches, Tended Gardens, Now A Billionaire – Story Of The Malawian Entrepreneur Who Scripted His Own Fate

Some people would say that what becomes of an individual’s life, in the end, has more to do with how he or she reacts to whatever happens in their lives than the actual events themselves. Now, while it does seem like this is one of those notions that will be perpetually up for debate amongst disagreeing factions, there exists a number of life encounters that actually validate that point.

And perhaps none more so than the travails and triumphs of Mike Mlombwa who has completed something of an extraordinary ascent from what looked like the lowliest of positions. The entrepreneur has blossomed into one of the most influential businessmen in Malawi, but it didn’t come without fighting for scraps and clawing his way to the top. Today, the Countrywide Car Hire boss is an accomplished businessman and billionaire in the local currency. He owns one of the biggest vehicle rentals and chauffeuring service operating in major cities, airports, and hotels across Malawi. He also has holdings in the hospitality industry having recently ventured into the construction of hotels.

While he has undoubtedly won over a lot of admirers in his homeland, there was a time most people wouldn’t have touched him with a ten-foot pole.

From an early age, Mlombwa had been exposed to the harsh realities of a life laden with rutabagas instead of cherries. If there’s anything worse than abject poverty, his childhood would probably epitomise it.

He grew up in the southern border district of Mwanza, and because his family was poor, he was passed around to different families in the community who offered to pay for his primary education in exchange for his labour as a domestic hand.

He would clean houses, tend to gardens, watch cattle and do all sorts of odd jobs after school. That toil saw him through primary school, and once that was done, he was greeted by yet more hardship.

Mlombwa couldn’t get into high school because he was unable to find anyone in the district to fund his secondary education and he found himself at odd’s end. He had grown accustomed to a life of lack and want, but at that stage, he was helpless and desperate too. At that point, it couldn’t have gotten any worse, and that motivated his next move.

Like a man possessed, he embarked on a ‘crazy’ journey – one that was to bring about a turnaround in his fortunes eventually.

Malawi’s commercial capital, Blantyre, is some 60 kilometres (30 miles) away from Mlombwa’s home in Mwanza, and the little boy covered the distance on foot because he couldn’t afford the bus fare. He had heard of opportunities in the city and travelled all the way with neither his belongings nor the consent of his folks.

He slept in churches during those first few days, and since he had no money, he had to beg for food. The kid survived that way for some time until he was snapped up by a well-meaning individual who offered to take him in and see him through secondary school if he was willing to work as a family servant.

He accepted the job with both hands and the part-time employment saw him through school, while also offering him a stipend. With the money he had saved on the job through Forms One to Four, he decided to venture into business. Mlombwa broke into the business by selling stationeries, and with the proceeds, he bought a second-hand car. With this vehicle, he started his next venture which involved travelling across borders to buy stock from wholesalers in Mozambique, South Africa, and Zambia.

A committed and shrewd businessman, for a business that was becoming overly saturated at the time, it was quite remarkable that he was able to acquire a second, and even a third vehicle for his business.

But things began to spiral downwards not long after. Business became slow as the market was becoming flooded by competitors, and he recognised the need for a change. His company was heading for Bermuda as customers continued to be snatched from his grasp by the aggressive competition.

And then the idea for a car hire company came to him. Mlombwa started his car hire service with his three second-hand cars in 1997. He was aged 28 at the time. It turned out to be a smart move on his part, and the company’s fleet soon began to grow.

The Malawian entrepreneur was counting seven vehicles in 2005, and two years later, the number had doubled – all second-hand cars. It was then that he decided to make his car hire service a limited company.

Before long, Mlombwa had eyes on a government tender which would allow his company to run airport services. With the size of his fleet, however, that was always a reach. He needed to expand, and fast.

He approached banks for loans but hit a brick wall for as many times he tried, and it wasn’t until he attempted Plan-B that the deadbolts began to give way for the floodgates to open.  To expand his fleet and service, Mlombwa reached an agreement with various car owners. The deal would see his company use their vehicles for a 20 percent commission. And that proved the game-changing call. 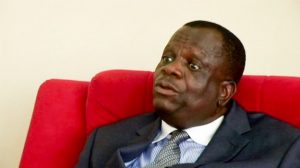 Countrywide Car Hire currently boats a fleet of up to 100 vehicles dotting airports and hotels in Malawi. The businessman, however, is far from done as he still has his focus on growing the company’s fleet to twice its current size. He has also spread his tentacles to the hospitality industry where he has taken on some luxury hotel projects.

Mlombwa is well aware of his humble beginnings and his initial struggles with finance in setting up his business. In an effort to assist SMEs in Malawi whose access to funding is blocked by the high-interest-rates on loans, he set up the Indigenous Business Association of Malawi (IBAM). The organisation supports local entrepreneurs in identifying opportunities and growing their ventures.

His story has been featured on many local and international media platforms, and he has spoken at some global events. Mlombwa has also built a reputation as a philanthropist in his home country.

It’s been a textbook case of the proverbial walk from grass to grace for the Malawian entrepreneur who advocates for younger entrepreneurs to imbibe the virtue of patience as they build slowly but smartly.