Many a times when we see pictures shared on social platform or on the internet, it leaves us wondering about the location or even the objects in the picture.  Which shoes is she wearing, they’re absolutely gorgeous! I wonder where I can get a pair like these? Such thoughts commonly cross our minds.

Gabriele Eze, Founder & CEO of Touchabl was also left with such questions 2 years back when his friend wanted to buy a shoe she saw in one of her social posts. With his team, he took upon the challenge to build a product that could help people not just identify the objects in the picture but also give information regarding where to buy it.

Launched in October 2017 in Port Harcourt, Touchabl works extensively on data through Machine Learning. It responds to user’s query by comparing the picture in the repository and throwing up the closest match. For example, if you clicked on the shoe in a picture, the application would come up with the style and approximate price of the shoe. Gabriel leads and manages the project and team members. He is a UI/UX designer and has worked with AI as an experimental music analytical web app that collects data across the web to measure popularity of a music track and predict if it will be successful or not over a period of time in the past.

“By 2025, online shopping for fashion and lifestyle goods will be digital first and young people all over the world (ages 15-35) are projected to represent nearly half of luxury goods consumers” as per Gabriel.

Seeing the potential of technology in the buying trends among millennials, Touchabl is focused on capturing the Nigerian market first. They are also exploring opportunity to partner with a couple of retail giants in the US and China and making in-roads to partner with major fashion retailers and e-commerce platforms in Nigeria. Curently, Touchabl Pictures is available in 10 languages and they working on making it possible for fashion bloggers and any individual to integrate and use Touchabl technology without having to download the app.

Fantastic Four: These Automobiles Are Straight Out Of Africa

5 E-commerce Platforms You Should Know About 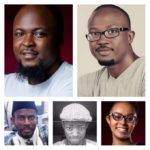 As per the Touchabl team, “Major brands are beginning to explore omni channels that drive traffic from discovery to purchase. On Instagram, 12% of top brands have adopted their latest shopping tag feature; something we had developed during our early days in 2012. A Touchabl Picture experience is arguably, by far, a richer and superior engagement with photos than Likes, Pins and Stories; our growing users base are already on fire about this new method of engagement with photos and it’s only a matter of time until top brands catch the fire as well and run with it. We want to become the converging point for fashion designers, fashion retailers, fashion brands, fashion model, fashion enthusiast, and a swarm of fashion-savvy millennials”.

Since its launch, it has an active user base of 50%  its of registered users, mostly from Nigeria, US and India which also make up 95% of their user base currently. Most of the queries are around luxury items, shoes and even hairstyle. Touchabl users can follow their favorite fashion and other designers and get updates about their latest work. At the same time, small and growing businesses can manage inventory and have their items listed in user search result post getting listed with Touchabl.

The young startup is also planning to expand into few other applications in the coming years, including learning app for children with audio capability. Children in the age group of 2-5 years can learn about objects in a picture and learn the pronunciation too. They want to leverage their technology to enable kids learn by touching things in a picture. “Children learn faster with pictures, and we want them to learn using a tailor-made solution called Learn by Touchabl” remarks Gabriel.

Bootstrapped since inception, it currently faces challenge in having access to better computing powers. The other challenge lies in the limited data set and marketing of the app, which the startup aims to resolve in the near future, before scaling up. “Our present team composition is mostly part-time and remote, so we are not able to run as fast as planned. Our machine learning algorithm still need inputs from persons with expertise to bring us to the level where we can compete favorably on a global scale” as per Gabriel.

According to Marketing Week, the “social commerce boom” is being fueled by young mobile consumers. Thirty-three percent of 18- to 24-year-olds say they would purchase items directly on Facebook, 27 percent on Instagram and 20 percent on Twitter. For 25- to 34-year-olds, the numbers decrease a bit: 30 percent on Facebook. For 54- to 65-years-olds, it’s 10 percent. Monetising primarily on the millennials tendency to access anything quickly or move on, social commerce certainly comes as a viable platform that can satisfy every need of the youth by staying up to date with the latest trends.

The question remains how quickly Africa adapts to this trend since there is a visible push in the e-commerce sector in the last year.