Nigeria’s business hub, Lagos, is home to well over 11,000 Small and Medium scale businesses struggling to be profitable. To remain afloat, they have to adequately position their products and services in the market, with hopes to reach their target audience. Of course, these businesses are well aware that more prominent corporations, as a result of their deep pockets have a market advantage over them. Traditional media like Radio, television, billboards are ‘no-go areas,’and even the digital space has been taken over.

So, to reach potential customers, they have had to improvise, adapt and utilise other communication channels, all with an eye for cost-effectiveness.

They would instead rely on word of mouth from satisfied patrons to do the trick and perhaps some sponsored social media adverts. A few have opted for email marketing with mixed results. Consequently, many small-scale businesses do not plan for the effective marketing of their products and services.

All the blame may not be attributed mainly to the high cost of promotion and marketing. A study by Ebitu which was published in the American International Journal of Contemporary Research identified other areas of marketing deficiency.

It highlights the challenges to include: lack of adequate market research, unawareness of competition, poor branding and packaging and low level of knowledge on business market analysis. Others are, poor promotion, poor segmentation strategy, poor pricing technique and unplanned distribution, as factors affecting SMEs’ profit margin and their sales volume.

Perhaps, this is why tech-startup Siscomedia launched its mobile/SMS lead generation system,  SMSmarketingportal.com to help small businesses with tech solutions to breathe easy and find their way to profitability. They target potential customers and furnish them with the details of these businesses.

According to Jumia’s third White Paper on Nigerian Mobile Trends 2017, the mobile penetration rate in Africa is at 81% with 150 million mobile subscriptions. SMS marketing continues to be a veritable marketing tool in Nigeria and around the world. Also, from Zion Market Research, the global A2P SMS market was valued at USD 55 Bn in 2014. It is expected to grow to USD 70 Bn by 2020. In addition to the above data, between 2015 and 2020, the market is expected to have a 4.0% CAGR.

Though these are utilized in both Europe and the US, they play an important role in emerging markets. For example, both India and China are important factors behind the A2P SMS push.

Co-founder Charles Okaformbah noted that “as of the time of our developing this, we were the only tech startup with a special focus on regular businesses.”

“SMSMarketingportal was launched during the advent of bulk SMS business in Nigeria in 2011. Though the idea has been conceived before long as we were making use of international bulk SMS companies to send out notifications,” and it was not economical for businesses that had to rely on Bulk SMS to reach their audience, he said.

So, Charles and Co-founder Francis Okaformba, who are siblings relaunched the portal in 2017 to create more and affordable offerings for users. 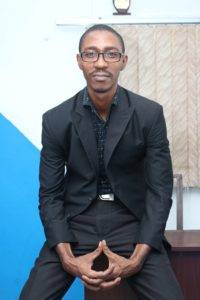 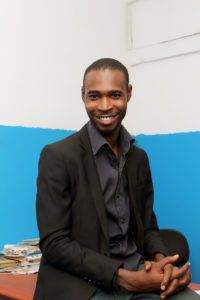 Charles graduated from the University of Nigeria, Nsukka with a Degree in Mass Communications. A Techpreneur and Developer with a keen interest in Blockchain, Mobile, Web and IoT tech. He is also the founder of Cryptofefe; a Blockchain based company Technical Insight about the cryptoworld and cryptoconomy.

Francis Okaformbah who doubles as the head of the marketing team is also an innovator and author.

HOW DOES SMSPORTAL WORK?

Through an application programming interface (API), it generates leads from online platforms. Which it converts to help with direct marketing and streamlining of prospects, especially offline. The portal uses an SMS autoresponder system that relays to potential clients and customers the necessary information about a product.

The system also incorporates an online lead generation experience into the system which helps to track and automate SMS being sent out and the delivery rate to clients. Additionally, businesses enjoy SMS Coupon, which helps in pushing out discount offers automatically to interested and potential clients and customers.

It plans to adopt a LongCode system instead of the Shortcode system it uses. The idea of using the LongCode it believes makes its platform even more economical.

The journey for this startup has been challenging. According to Charles, who leads the Technical team, the price of expanding the product has slowed down the business.

The team started by using an SMS script bought from a local-based programmer, which it hopes will transform their platform from being just a product to a service that business owners can rely on. But this did not go as planned.

“We also noticed some bugs and issues in the script which takes time for the programmer to fix or resolve. After managing it for long, we decided to create our custom application and make it bigger and better which cost us a great deal. We had to import an SMS box from China, Setup a Solar Panel System for constant power supply and any other costs along with getting the tech team to create such a system,” said Charles.

Charles confesses that at a point they had to put a paid client on hold while they build the system and running out of capital to keep the development team together.

The self-funded startup has attracted clients from outside the United Kingdoms, Philippines and is patronised by a budding local market who have subscribed to some of its services.

The team believes that despite the saturated market and challenges it edges competitors with its more economical and innovative offering.