With Seed Capital Under Its Belt, Nigeria’s Hostel Marketplace MyPadi Is Easing Out Student’s Semesters

For an average Nigerian student, an academic calendar begins from first securing accommodation popularly referred to as bed space – either on or off campus before anything else.

It is a scramble to secure accommodation in a public University or polytechnic. The brave ones tend to do the business quickly and settle down for proper academic work. The not-so-lucky ones do what’s called “squatting”- sharing bed space with legal hostel residents, which is a punishable offense.

Those who beat this rush have a trick, which is to decide early on where they would like to reside-off or on campus. For new students, the school’s hostels are the first choice, for a number of reasons. First, it is a more economical alternative compared to the off-campus residence. In other cases, parents feel safer having their kids stay in the relatively controlled environment of the school hostels. The idea is to protect their children/wards from the bad influences that abound in off-campus residences and get them to focus on their academics.

As a student, CEO of Mypadi.ng, Joel Amawhe had “overhead students complaining about the difficulty in securing rooms to rent,” and so to solve this problem, he began as an agent- a middleman between prospective tenants and landlords.

So in 2016, Joel, who is a computer science graduate from Delta State Polytechnic, Ozoro, Nigeria, and a software developer created MyPadi.ng to enhance the process further. The platform was initially known as Studacom.ng & HostelsVilla.com before it was rebranded to MyPadi.

The platform targets students who wish to secure better accommodation within proximity to their schools, this time with ease. Joel regards the startup as the future go-to platform for all student needs and in a market that has been estimated to be worth USD 20 Bn per year, globally.

The Global market has already warmed up to the growing demand for students dwelling facilities. In the US and UK markets, the sector has been a success. Netherlands startup, HousingAnywhere is already providing options to international students to live in more than 200 cities.

The UK based Student.com is considered world’s largest global marketplace having raised USD 70 Mn in investments. The market is abuzz with other portals like Uniplaces with a USD 30 Mn Funding and University Cribs. India too has braced up for this market with startups like Placio, CoHo, YourSpace, StanzaLiving. The Asian market is fully packed with HostelHunting in Malaysia to Oxfordcaps in Singapore. 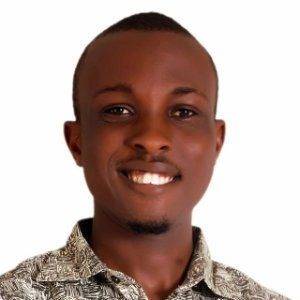 “The inadequate supply of student hostels in universities across Africa has created a great need for off-campus student accommodation and MyPadi provides an elegantly organized solution to this problem,” he said.

Mypadi.ng, according to Joel simplifies the search process and is a lot faster. Students do not have to walk long distances searching for comfortable accommodation or make incessant calls anymore. The hostel booking platform allows students to discover off-campus accommodation through its listings from verified landlords. It also provides photographs, virtual tours, pricing, amenities, and reviews.

All a potential landlord need to do,  is to create a free account to get access to the listing form. Once the listing form is complete with details specifying pricing, address, room types; the startup gets the picture of the apartment taken by its photographers. The full listing along with the photographs is then uploaded onto the site.

According to Joel once a deal is complete, Mypadi receives a 7 percent of the rent paid to the landlord.

Also, for the students who say stay somewhere in Lagos, south-west, Nigeria, and want to school in the east, can book their accommodations through the platform. The website promises a secure payment platform through its partnership with Secure Payment Systems, Paystack.

The startup relies on word of mouth to attract more people to its platform. The idea is that a satisfied student will in turn influence other people, with word of mouth. It also drives patronage through discounts, souvenirs, and incentives.

As an incentive, any referral and successful rental by one ’s friends, attract 2% of the amount paid. This happens every time a referral code is used. Campus ambassadors are another way that the startup uses to promote its brand in schools. These ambassadors attract fellow students by hosting campaigns and directing students faced with accommodation challenges to the platform.

They do additional work with field representatives by signing deals with hostel owners/agents to use the platform.

FUNDING /EXPANSION FOR THE STARTUP.

The startup initially self-funded by Joel, had just five schools and was in need of funds to expand its operation. The spark Mypadi.ng needed to advance to a next level came in April 2017 with an undisclosed initial seed fund from EchoVC Partners. Mypadi’s strides in its niche were recognized with an award by the National Information Technology Development Agency (NITDA) as the best e-housing startup of the year 2017.

It then represented Nigeria at GITEX 2017 in Dubai. At this event, it received USD 5,000 in grant funding and three months business advisory service from Accenture Nigeria, courtesy of the National Economic Summit 2017.

Since then, the Delta based company has so far listed 5,000 vetted rooms for students in over 60 tertiary institutions in Nigeria.

Recently, EchoVC, a seed and early-stage venture capital firm that invests in technology companies around North America and Sub-Saharan Africa provided an undisclosed seed funding to the startup to expand its operations.

According to Joel, “the fund will be used to accelerate MyPadi’s expansion into more cities, serving more schools, growing the team, and improving their product.”The team plans to cover more about 150 higher institutions in Nigeria by mid-2019 and to expand into other African countries.

One of the difficulties that the platform has had to deal with is its identity. It started as Studacom.ng, transformed to Hostelsvilla and now MyPadi. The problem started with users not getting the web addresses right. Many searched for studa.com and in the case of Hostelsvilla, they omitted the “s.”

Unfortunately, the team found out that HostelVilla.com, registered in India was doing a similar service and they were thrown off balance. They eventually had to settle for MyPadi.

Also, Joel admits that the team has so far encountered difficulty in getting the mostly uneducated or semi-educated landlord to provide bank and hostel details. This is in addition to the skepticism by the landlords who struggle to believe that by just listing their hostels on the internet they would secure tenants. Therefore, the challenge in getting some of the landlords to register their apartments.

A cursory glance at the real estate market in Nigeria shows that MyPadi may not have strong competitors in its niche market yet. Although considering the potential of the market, it is leading that might change soon.