Founded in 2012, the Nairobi-headquartered firm is mobile as a service platform that enables businesses to get feedback directly from their customers via mobile surveys. The company claims to have worked with more than 150 brands such as Safaricom, Java House Africa, Mckinsey & Company amongst others. 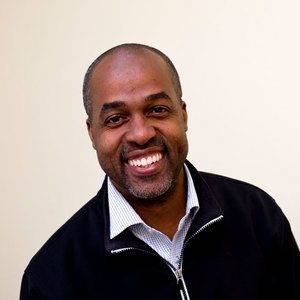 In a conversation with WeeTracker, Dr. Kenfield Griffith, Co-Founder & CEO, said,” We are currently mapping consumer patterns, and we are expanding into Nigeria and South Africa this year, so we are excited to learn more about consumers in these territories in the coming months. They are the continent’s two largest economies, so it made sense for us to focus on these markets, as well as continue to grow our presence in Kenya.”

The startup recently released its Q1 2018 Net Promoter Score (NPS) benchmark report, which talks about the brands that consumers are talking about. NPS is one of most widely used metrics among the leading brands to understand their chances of being recommended by their customers.

“In Kenya, we found as per our NPS Benchmarking report, that when it comes to telcos, affordable and fast data are key areas that consumers appreciate, which is why our research found that Telkom had the highest NPS score for the sector, followed closely by Safaricom,” added Griffith.

The SMS and offline survey market in Africa hosts companies including Echo Mobile, Bamba Group amongst others. Bamba Group counts Draper Associates, TechStars, Foundry Group, Silicon Valley Bank, and many individual investors, including Edward J Mathias, Darshan Chandaria as its investors.  The rising number of startups and funding indicates the increasing demand for survey companies, which help brands to understand their consumers.

On the other hand, over half of the phone shipments in Africa, in 2016, were smartphones. Africa is pacing up on the mobile internet penetration and the demand for faster internet is expected to grow significantly. This provides a significant opportunity for operators to continue to drive internet growth and customer uptake in the region.

With better connectivity and internet speed in the longer run, most of the surveys would be expected to take up an online route, due to cost efficiency. It will be quite interesting to follow the journeys of these startups, to see how they devise plans to be present both offline and online.