Mothers everywhere in the world are the real Superheroes and even that can be an understatement at times. In fact, their tenacity is outstanding and they seem to have this ability to take on every role. They can be doctors, lawyers, and even fathers sometimes, depending on the situation they are thrust into.

However, being all those can be quite stressful and takes a lot from them, and if one stops to think about it for a moment, it can also be pretty confusing and lonely. Mothers, especially first-time moms, grapple with a whole lot of issues from finding the best way of raising their kids, juggling career and family life to understanding body change from pregnancy. These emotions are capable of leading to feelings of insecurity and general life challenges. The need to share the right information at the right time becomes more evident.

The startups across the world are reckoning parenting communities as a significant area for development. US-based BabyCentre, one of the biggest in the world, is providing a platform to new parents for easing out their queries.The market also has some significant players like Circle of Moms and Peanut.

China’s BabyTree has already raised to the tune of USD 783 Mn in funding with another big name Beibei with a current valuation of USD 1Bn. The Indian ecosystem is flooded with startups like BabyGogo, Parentune, Babychakra, ZenParent, and Tinystep.

Giving birth in Nigeria is indeed not an easy process considering the high mortality rate. According to Unicef two regions, sub-Saharan Africa and South Asia, account for 88 per cent of maternal deaths worldwide.

As of 2015, Nigeria accounted for 841 deaths per 100,000 live births. South Asia is second with 66,000 maternal deaths a year, accounting for 22 per cent of the global total. The World Health Organisation says mortality ratio for children under the age of five in Nigeria is 201 per 1000 live births, meaning that one in five Nigerian children never reach the age of 5.

So Mamalette focuses on improving health outcomes for pregnant women and mothers who are vulnerable or socially excluded starting with its online community. This virtual bonding is further enhanced as it is constructed to create a space for these Nigerian women to talk to each other culturally. 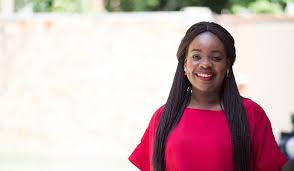 Mamalette founder Anike Lawal, who has a Master’s Degree in Law & Accounting from the London School of Economics and a Bachelor’s Degree in Business Studies & French from Trinity College Dublin, explains that  the dearth of information on pregnancy and motherhood from the Nigerian perspective led her to the idea of Mamalette.

“Before I had my child, I did a lot of research on pregnancy and motherhood, but once I started searching for pregnancy and motherhood from the Nigerian perspective, I realised that I couldn’t find any platform that focused solely on the needs of expectant mothers. I was looking for a platform that had information, rich enough for the first-time Nigerian mother like me” she said.

In fact, she quit her job in order to focus solely on growing the online platform. And there has been tremendous progress as seen from the over 3 million mothers it has reached online since inception.

The community also coordinates online activities with an offline presence to drive more penetration. They are currently  in Lagos, Ogun and Oyo States in Nigeria, where they have been able to reach 3000 women in several cities through its live events called Mamalette Live!

Mamalette has  grown largely through active social media engagement and coverage of its activities in the press. From 2017 the startup started to evolve as a social enterprise that is characterised by a strong commitment to positive social change.

Right now it has instituted a ‘local’ health network for mothers in Africa, starting in Nigeria and is training and equipping mothers as ‘health champions’ to help women find the right health information for themselves and their families.

In 2015, Mamalette and three other startups were admitted to co-creation hub’s Incubation program. It received seed funding between the range of USD 15 K – USD 25 K, mentoring, business development support and office space as part of the program. It also made to the semi-finals of the U.S. Department of State sponsored Gist Tech1 2018.

Anike, acknowledges that the startup has gotten a lot of support from their partners which has helped. “We are working on raising funding to allow us increase the quality of the work we have started,” she said. Although funding still remains a major challenge for the startup.

The startup believes that focus for now should be on the quality of work rather than expansion, as it has to achieve depth with the work it has started. Anike explains that once they can show that their model works, then they would to consider scale.