The first teacher of any child is the Mother. Mothers are the pivotal parts of our lives who nurture and contribute not to build our characters, but add to a perspective towards our lives.

From juggling time between children, home and work; moms are raising the bar by donning the hat of an Entrepreneur. They are not just names associated any longer with kitchen, chores or deskjobs. Mothers are changing the world around them by adding challenging ideas to the ecosystem.

On the occasion of ‘Mother’s Day’; we want to pause and acknowledge all those women in the African ecosystem who have been relentlessly redefining the word ‘MomPreneurs.‘

WeeTracker has collated a list of Rockstar Moms, who are scintillating the startup scene in Africa (not in any order). 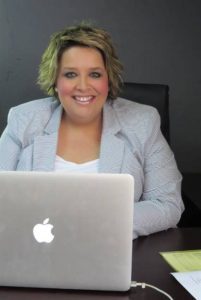 Lauren De Swardt is the founder of Kids Emporium, a kids’ boutique that has become one of the biggest household names in the baby industry in SA, with franchises around the country.

She realized there was a huge gap for the products and services in the parenting market when she was going to become a mother and started by creating nursery furniture range and eventually developed Kids Emporium as a retail platform. She opened the first store in 2003 at the age of 22 without any financial backing, and today, Kids Emporium has 27 franchises across South Africa and an international store in the UK. A mother of two kids (her partner also has two daughters who she adores), she counts perseverance as her secret to success and is particularly passionate about helping other mompreneurs. Ethel Adjorlolo Marfo is the founder & CEO of Junior Shapers Africa, a social enterprise that provides grooming and mentoring for boys between 6-16 years in Ghana. A serial entrepreneur, Ethel is an ardent believer of preparing the boy child to become supporters of modern African women. She has earlier founded Salon Cuties, a niche salon for children and Ghana Mompreneurs Club, a business support network for working mothers. She was previously a PR and marketing professional. Dr. Victoria Kisyombe is the founder of SELFINA, a company in Tanzania that provides micro-leasing to mostly widows and young girls. She started the social enterprise in 2002 when she had to struggle financially raising three children after the tragic death of her husband.

Today, through Selfina, more than 27,500 women have received lease finance, 250,000 lives have been impacted, 150,000 jobs created and more than US$ 17 million has been availed to women through a revolving fund. In 2010 she received an Outstanding Social Entrepreneur Award from the World Economic Forum and in 2014 she won a Global Leadership Award by Vital Voices Global Leadership in recognition of her work. Njeri Rionge is one of Kenya’s most successful and celebrated serial entrepreneurs. Founder of Wananchi Online that transformed into  Wananchi Group Holdings and is one of East Africa’s leading providers of pay-tv, broadband internet and VoIP services, Ignite Consulting, Insite Limited, Business Loungeand Njeri Rionge Business Consulting Inc. Been in business for almost two decades, and a mother of a little daughter, she believes resilience is the key to successful entrepreneurship. Passionate about Africa’s position as the next big economic frontier, she has been featured on Forbes and BBC. 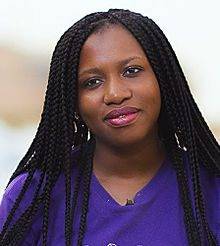 Bilikiss Adebiyi is a social entrepreneur and founder of WeCyclers, a waste collection and recycling service provider in Nigeria. The company started as a student project, works in partnership with Lagos State Government, organizations and big brands, to help low-income communities to turn trash into cash. They even received a grant from the State Government and also won USD 55,000 through the Pitch for the Lagos start-up event.

A former computer programmer at IBM, who went on to earn an MBA degree from MIT, she is also a Carroll Wilson Fellow, an Echoing Green Fellow and a 2013 recipient of the Cartier Women’s Initiative Awards. Utterly zealous about making a difference to the world, Bilikiss is a mother of two girls. Dina Mofty, founder of Injaz Egypt that paves a path for young people to economic independence, is a mother of three. Apart from her children, she is also responsible for a network of 500,000 students, a team of 150, more than 1,000 volunteers, adding enough on her platter. The organization that she runs is a not for profit and she has to chase countless sponsors and convince people to align with her vision. She has been leading the organization for 15 years.

Dorcas Muthoni is the founder and CEO of Kenya based OpenworldLab Ltd and Africhix. Openworldlab provides web and cloud application solutions to business software service firms. It has also developed Performance Management System for the Government of Kenya and has automated performance contracting in the public sector.

She was selected as a World Economic Forum Young Global Leader in 2013 and is a recipient of Anita Borg Institute for Women and Technology‘s Change Agent award in 2008. She has a degree in Computer Science from the University of Nairobi and also trained in wireless networks, radio-communications and strategic technology planning.

Lydie Hakizimana, Managing Director of Drakkar Ltd, started her entrepreneurship journey from a humble used bookstore in Rwanda. Her vision to get the children educated kept her driven and she signed a deal with Pearson Education. Founded in 2006, Dakkar is now an exclusive distributor for Pearson and has added exclusive distributor deals with Longman, Heinemann and Penguin. Bethlehem Tilahun Alemu, Founder of Solerebels of Ethiopia, is a genuine reflection of grit and perseverance. Her success story is reflected in the annual turnover of the company. The product of the company is sold across 30 countries through international e-commerce sites. The company added ‘The Republic of Leather’ and “Garden of Coffee”. Garden of Coffee began last year with outlets in Addis Ababa. 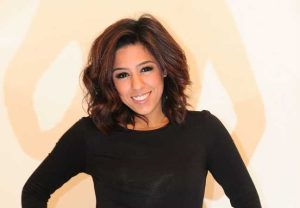 Amy Mowafi, Co-founder of MO4 Network, is attributed with the success of Cairo’s one of the largest digital and media agencies. She joined her brothers when she was expecting her first baby to set the media house which hosts CairoScene and CairoZoom. She was the Managing Editor of Enigma Magazine, a popular columnist and has penned down bestsellers like ‘Fe-mail: The Trials & Tribulations of Being a Good Egyptian Girl’.

Here’s one loud cheer for all the MomPrenuers!