Meet Jeremy Akpomera, A Choreographer And A Brand Strategist

“My name is Jeremy Akpomera. I am a dance choreographer and brand strategist”.

The last time I heard such a statement was in a 3-hour 2010 Bollywood drama titled My Name is Khan. Though this founding story isn’t about being an engineering erudite and making the most in spite of an Asperger’s syndrome, this is yet a narrative about besting storms and emerging great, as that is one of the things Weetracker is on the lookout for.

How it All Started

Jeremy, a 28-year-old entrepreneur, runs a company that helps persons and businesses define their clear brand characters and establish unique customer perceptions of what such brands have to offer customers. Also, he runs a dance company which started way back from school – Depths of Motion, which he founded on October 4th, 2013.

The idea behind selling with dance was to challenge the norm and establish a new set of ideologies in the dance industry, especially in Benin. Jeremy’s personal plan was to from scratch create an own identity and niche for himself, and that idea formed the channels through which he piped from the choreography all the way to business branding, which has now become his mainstay firm called Brandolutions. Jeremy looked to cultivate some branding for his dance company, barely knowing what it entailed at the time, but tapped into the wealth of information the internet had to offer as to ways one can distinguish one’s self from others in the same industry. With nights of burning the oil and with research, then came the serendipitous epiphany that paved the way for this entrepreneur’s future. “This is branding, and this is actually something I am good at.”

This young Nigerian started developing an interest in branding while putting two and two together to move his dance company forward. In 2015, Depths of Motions Dance Company had its first dance production, which marked its first non-educational project ever embarked by the group, as it wasn’t tied to any academic institution or tailored to teach or entertain any theatre art students. Previous productions had been less-elaborate, sketchy and somewhat limited to school theatres. But the production in 2015 was the first big deal for this motion dance company, as it was one of the must-attend events in the ancient city of Benin. Hosting this huge event gave Depths of Motion visibility to a large extent, and things were looking up for Jeremy and his crew. But down along the entrepreneurship line, Jeremy felt the need to expand the business, but that dream was seemingly cut short as his partners, and fellow choreographers took their bows out of the company to pursue other goals, leaving Jeremy as the only member in what was formerly a dance giant stemming from the University of Benin. 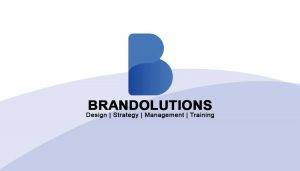 But that was not the edge of the world for Jeremy, as there were still other smooth surfaces to travel. As the numbers in Depths of Motions dwindled, this young never-give-up, finally had the time and energy to focus on his aspiration to become a brand strategist. After much and much, Jeremy started his branding agency earnestly in 2017 and christened it Brandolutions- the company/brand that gives brands solutions. “It has been amazing since then. We have had clients from startups and existing firms, and we have had to brand from scratch with different companies, makeovers, rebranding, and others. We have also undergone training with other brands, all of has have made it not just great, but as well a way to give back to society, a medium through which we gain visibility and also as a learning process for the big leads out there”, Jeremy told Weetracker.

On how branding and choreography are merged, Jeremy told that “For every line of work, there is a brand involvement. For people that witnessed my dance productions, they realize that each of them is heavily-branded, and there is the idea of the idea of our production portrayed efficiently via out brand efforts, from the poster designs to the officials and costume. There is a particular brand persona and identity we sell in our every production”.

The throwing in of towels by his team members didn’t altogether mark the end of Depths of Motion Dance Company, as more productions were held in such as The void in 2017 and Avert in February and March 2018. For dance events, branding comes in the form of designs. As consistency is vital, random designs don’t cut it. “So there is a particular design strategy that we work around for the entire needs of that production. We are still in the game because we realize that for every dance company, branding is an essential way to tell the world who you are, what you do, and how you do it. Branding is what separates us from other dance companies. We put ourselves out there as a group that looks at what is happening at the moment and challenges the status quo”. 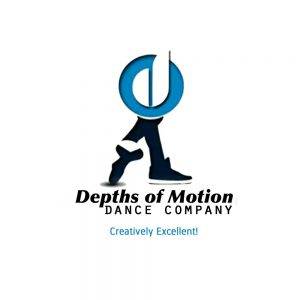 Before 2013 when Depths of Motion first started, there were hardly any dance productions in the Benin metropolis and perhaps beyond, as only dance concerts were the norm cut out for entertainment specifically.

Jeremy and his crew were the first to venture into the industry to not just dance but to create a story told with twists, turns, flexes, stunts and swift movements. Jeremy’s team were the first people to bring such innovation into the dance industry, in a bid to using body movements to tell their brand story which every audience would grab at the end of their productions. “Up until now, we are still the only ones doing it. We have been able to set ourselves as a brand-driven company, stepping beyond handing conventional event invitations to even more regular dance productions. We chose to create our own platform and stay on it”, said Jeremy. Jeremy is from Delta State. He is originally an Urhobo, but functionally an Isoko, as he functions around the spheres of that ethnic group. His father is a lecturer in Benin, and his mother is a Vice Principal in a secondary school. From a family of six, Jeremy is the first child before three younger siblings who are already on the chase of their careers. His immediate younger brother works with Access Bank, the following sister is training as a nurse at the University of Benin and the youngest is still in secondary school.

He is a graduate of Geology from the University of Benin. But- here comes the twist- Jeremy started out school as a medical student, where he initially got admission into. Jeremy had a mind of his own, and knowing that he wouldn’t live a fulfilled life as a medical doctor, he took the giant leap to throw in the lab coat and stethoscope to be akin with rocks. “I am a young man with the idea that my tomorrow will be ten times better than my today.”

It has not been a cake walk

According to Jeremy, the primary challenge for an emerging branding agency like his is first the fact that you are “emerging.” As there are a lot of existing brand firms who have made names in the industry already, it requires the company to go the extra mile and put their back into working overtime to gain visibility, garner field authority and get clients to trust you.

“Branding is not as cost-sensitive as when you have to run a dance company where you need to have a studio. It is something you can do from the comfort of your home, but the real challenge is getting clients to trust you. Realizing that, I leveraged already existing networks, friends that had growing businesses and offered to run their brand strategy. I used those avenues to build our portfolio.”

Initially, we were doing pro-bono jobs, but now. Thanks to our hard work, we are making profits from working with businesses.  As the day goes by, we keep getting noticed by people, as more and more of them are asking questions about us – and that counts as a challenge too, because we not only have to live up to expectations,  but beat the records we ourselves have set. That is the way we want to become one of the biggies in the branding industry”.

Jeremy faced the real challenge while in school. After spending four years in medical school and then switching to Geology, he realized how much time he has lost pursuing a dream he knew wasn’t his. “In truth, it meant I had lost four years and about five academic sessions in all.” That was one of the turning points for Jeremy, given that nearly all of his friends/mates were already exiting the University of Benin to begin their lives, and the rest of them were at the least in their final year. Starting over after losing nearly half a decade was really trying for Jeremy, but the fact that there is still a lot more to be achieved kept him going.

“I believed I still had a lot to offer, that I was made for more,” Jeremy told Weetracker. The belief was now the bedrock upon which the dance company was founded, which equally paved the way for the branding agency. Akpomera Jeremy wrote and published his first handbook “Personal Branding For Today’s Entrepreneur“, his own idea of what every entrepreneur personal brand ought to look like, and how they can they can deliberately take action towards building their brand in way through which people will see them as idea thinkers, positioned ventures and businesses with authority potential. Since it’s launching in June this year, nearly 50 copies have been sold.

He also organized his first branding Master Class in June which was tagged “Mind your Business.” The event was the seed that grew into Jeremy’s personal brand/business teaching platform.

The turning point for Brandolutions was when Jeremy attended a networking meeting called Smart Connect in Benin, an event during which he realized that many entrepreneurs were budding simultaneously in different industries and felt he could do same and better. At first, he didn’t want to give people the notion that he was confused between dancing and branding, but after the networking event, he realized a lot of people were doing entirely well while merging two ideas to form one substantial business, or two. So, on December 9, 2017, Jeremy told himself “I can do it” and went on to found Brandolutions on December 17, 2017.

Jeremy organized events, mostly dance productions – a medium through which he communicates to people his relevance in the company of brand strategists. So, once every year, dancers look forward to some talent, narrative, and entertainment from Depths of Motion Dance Company. He has also been a member of various teams that organized branding seminars such as What Does Branding Mean Anyway, Mega Youth Summit and Accelerate Business Class. This young CEO is planning another event for August 2018, which he is tailoring to be Brand-Image Masterclass.

Being a part of these events is what Jeremy uses as a platform upon which the world would recognize him and make the most of out the company after his own heart –Brandolutions. This young CEO is looking to take his branding agency forward and become one of the leaders in his industry.