Aavishkaar-Intellecap Group; a global organisation in adopting and incorporating an entrepreneurship-based approach towards economic development, has announced the appointment of Godfrey Mwindaare as the second Partner for the Aavishkaar Africa Fund (AAF).

AAF is a venture capital valued at USD 150 Mn that has been set aside for high-impact investments across East Africa and West Africa. It is central to the group’s expansion plans into parts of Africa and is also expected to foster investments in the region.

To its credit, the Aavishkaar lays claim to having raised six progressively larger funds with a cumulative value amounting to up to USD 300 Mn since coming into existence in 2007. The Aavishkaar-Intellecap Group is founded on the vision of growing businesses with/for the economically-underserved, with a lot of emphasis on furthering the growth of the entire entrepreneurial ecosystem in both Asia and Africa.

Since its inception in 2002, the group which claims to have been brought into existence by a meager initial capital of USD 100, is believed to now manage assets valued at over USD 650 Mn, with 3500+ employees present in India, Indonesia, Bangladesh, Kenya, and the USA.

With investments having been already earmarked and successfully implemented in India, Bangladesh, Sri Lanka, and Indonesia, AAF represents the seventh fund that will be added to group’s growing list of funds managed. The latest development is expected to underline somewhat and further justify the group’s position as an advisory and fund management company that has pioneered the idea of impact investing in creating long-term value for all stakeholders. 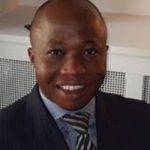 The Aavishkaar-Intellecap Group is believed to have also launched a business consulting practice and platforms that support global, inclusive development dialogues with entrepreneurs, impact investors, corporates, and governments, such as the Sankalp Forum. Also to its credit is the birthing of what is now regarded as Intellecap Impact Investment Network; an angel network of high net-worth individuals and institutions seeking to invest in early-stage high-impact enterprises.

Its latest venture, the AAF, has the growth of African startups at its focus as it looks to leverage the group’s collective industry expertise and learnings from its unique portfolio which brings together 60+ enterprises from across the global south which are expected to impart significant value to impact entrepreneurs across Sub-Saharan Africa. Also, the group’s global network of corporates, financial institutions, and think tanks are expected to inject further impetus with its plot which is aimed at exposing African startups to Indian and South-East Asian markets that are facilitating long-term strategic partnerships.

In the wake of the recent appointment, Godfrey Mwindaare is expected to team up with Abhishek Mittal; the other Partner for the AAF. Having two Partners aboard the AAF train, the fund can now boast a dedicated investments team on the ground. And Mwindaare’s appointment is coming on the backs of over 20 years of solid experience in banking and private equity, which includes stints in a number of financial institutions such as Barclays Capital in London, Standard Bank in South Africa and Tanzania, the Tunisian arm of the African Development Bank, as well as West Africa’s Acumen Fund.

He has been at the forefront of a number of multi-million-dollar projects and is also expected to bring in his wealth of experience and expertise with his burgeoning resume featuring service on several boards including the Central Bank of Ghana and Green Africa Power.

“We welcome Godfrey to our growing team and his rich experience in the African market, an important market for the group, will enable us to expand into the untapped regions of Africa,” Vineet Rai, Founder of the Aavishkaar-Intellecap Group, is quoted as saying on the appointment, in a release.

The latest appointee to the AAF board currently serves on the board of Infraco Africa while also holding a position on the Risk Committee of PIDG Ltd. Godfrey holds an MBA in Financial Management from the University of Hull and is also a member of the Chartered Institute of Bankers (UK). Although he grew up in Ghana, Godfrey is regarded as having garnered vast experience in a long career that has seen him work in over 30 African countries.