Zimbabwean startup Zonful Energy secured USD 300 K from  Persistent Energy Capital (PEC) in the form of convertible notes. The raised capital will aid the firm to carry on their vision of providing for off-grid households.

It was a year ago when Zonful surfaced and rapidly sold and has installed over 5,000 solar home systems in Zimbabwe, in an attempt to address the problem of Zimbabweans living without electricity.

This year Zonful Energy plans to reach out to at least 25,000 clienteles in the aim of impacting the livelihoods of rural households, and also revealed to Weetracker that it  intends to expand into all 8 rural provinces of Zimbabwe by the year 2019. The startup targets to reach 100k households. Persistent Energy’s Sponsorship is a joining hand and a massive approach to continue prioritising the firm’s ideals and  significance to leading its off-grid energy business.

As part of its effort to enhance Zonful Energy firm’s intentions for its energy solutions, Persistent Energy Capital has remarkably utilized Zonful by aiding the firm to unlock a matching AECF grant and loan worth USD 1 Mn, in accelerating their journey to a major expansion. In addition, Persisting’s partner company, Catalyst, is working with Zonful to build its Information Technology (IT), infrastructure to support the company’s ambitious growth plans. The partnership between Zonful and Persistent includes’ technical and advisory support in finance, in regards to financial management and Information Technology (IT).

For more than a century after the invention of the light bulb, the population of Zimbabwe is still living in the dark, according to a survey by Afrobaromete, 62 percent of Zimbabwe’s population live in zones served by an electric grid but the households do not necessarily have lights or at times are undermined by erratic supply and poor services. On an average, only 12 percent of the connected households actually have electricity that do work but the majority of the people are living in areas without an electric grid. 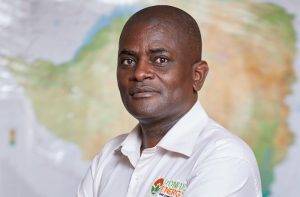 At the Moment, the CEO of Zonful, William Ponela is aiming for growth in the development of rural electrification and to broaden the access to solar energy, which will increase the powering opportunity of solar energy, to power up lighting solutions and increase the growth of the economy and impact rural communities as well as setting tremendous change for the Company. After the Company was launched in 2014 Ponela secured USD 4 Mn soft loan from Kiva International to help in the distribution of solar home systems throughout the rural areas. Zonful Energy brings together solar and mobile technology for affordable, clean and bright energy in villages. It boosts and enhance the quality of life and strengthens livelihoods.  The off-grid solar industry is one of the fastest-growing in Africa and the latent demand for solar technology exists widely. The sector has more than USD 360 Mn, in investments across the continent.

Africa can only grow if the entire African society invests in many of these leading sectors, to secure a shared future and to continue to set economic trends.