Sidmach Technologies Nigeria has graduated its first set of interns who have undergone its software-like academy program known as Sidmach Appfactory.

The graduating interns were 12 fresh university graduates who took part in the six-month program – an offshoot of Microsoft App Factory initiative. While speaking at the ceremony which was held at its head office in Lagos, the Managing Director of Sidmach, Peter Arogundade expressed that they embraced the initiative by Microsoft as part of a measure to help young graduates to become better braced to face the world of entrepreneurship.

He described the App Factory to be a remarkable platform to learn, unlearn and relearn, for knowledge garnering, skills acquisition and a way to become highly competitive. According to him, Sidmach is always on the lookout for ways to add value to the lives of Nigerian youths and startups – the main reason why the company keyed into to initiative brought about by Microsoft.

According to him, there is no gainsaying in the fact that most university graduates in Nigeria lack the prerequisite practical skill, technical know-how and necessary agility necessary to face their counterparts in/from other parts of the world. Nevertheless, he said, it is high time the country stopped blaming them and instead, begin to provide platforms on which they can get equipped and up-skilled to survive and succeed both in the national and international front.

According to Peter, the chasm between the industry and the academia is very wide. But, with programs such as this rolling out to address the issues faced, the gap can be bridged in no distant time.

Before graduation, the 12 interns were tested and certified in software development and other soft skills that would prove helpful to them in succeeding. These interns are not signing out from Sidmach completely, as they will yet stay back and work with the company to develop solutions for different sectors such as finance, education, health, and agriculture amongst others.

Chijioke Eke, the co-founder and chairman of Sidmach, while expatiating on Sidmach’s interest in the App Factory program, expressed regret that most tertiary institutions in Nigeria are still bound in the shackles of old theories and practical apparatuses, which is one way of denying undergraduates the relevant, adequate knowledge for 21st century application development.

According to him, Sidmach ventured into the internship scheme that is practical-oriented in order to help fresh graduates to best the storms offed by some of these constraints. He as well encouraged interns to make the best use of the knowledge they have garnered during the six months period of intensive training.

This development was first reported by Businessday.

What Most African Organizations Have Been Overlooking And Misconceiving About Cybersecurity #ChartOfTheWeek: Technology Investments Needed to Achieve Internet Coverage for All in Africa 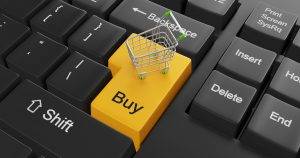 New Road Funding to Benefit Over One Million Kenyans This Self-Taught Cameroonian Techie Is Solving Africa’s Unemployment Crisis – And He Started From His Bedroom!