There has been something of a proliferation of tech hubs in Africa in recent times. A valid case in point can be cited when the last two years is juxtaposed with what has been the trend from the preceding years.

According to a GSMA Tech Landscape report released in March this year, the statistic indicates that African tech hubs have grown in number by 40% in the last couple of years with a total of 442 active incubators, accelerators, and co-working spaces continually keeping the African tech ecosystem abuzz with activities.

In the current calendar year, the East African region has significantly weighed in on those figures, as it has witnessed the launch of at least five major tech hubs already, and counting. With further indications hinting at the establishment of a number of others in the near future, there is a growing conviction amongst stakeholders and neutrals alike that the region’s ecosystem is currently witnessing something akin to an epiphany.

And those convictions might just be legitimate. In recent times, East African startups have been the subject of some significant investments. WeeTracker’s recent 2018 H1 African Startup Funding Report even gives further credence to this notion as one of the major take-homes from the report exists in the form of Kenya; a major tech destination in the region, amassing startup deals valued at an impressive USD 82.86 Mn; the highest from any country on the continent!

With other countries like Uganda, Rwanda, Tanzania, and Malawi, also seeing a flurry of activities on the tech scene in recent times, the launching of tech hubs which serve as breeding grounds and nurseries for innovation within the region is increasingly becoming something of a given and a no-brainer. Here is a look at the five major tech hubs that have already launched in East Africa this year.

Thami Hoza, a UCT student created impact with Hotnozzle, are you next?

How To Make The Internet Work For Your Business

Ndoto is a tech hub which facilitates tech meetings and events by serving up spacious and well-equipped co-working spaces. According to Digest Africa, the centre was launched in January and is located along Old Bagamoyo Road in Dar Es Salaam, the Tanzanian capital.

The hub also places a premium on women empowerment as it serves up innovative ideas on business management and growth to young women entrepreneurs. This it does by way of an online business development support.

The hub offers membership by registration. Through various scheduled events and other daily activities, the hub supports networking between its members and other business leaders, as well as investors and potential clients.

Although this hub is yet to officially open, a trial offer is currently underway which allows for startups and entrepreneurs to utilize the space until October of this year. The tech hub, which is located in Kigali, the Rwandan capital, is still going through what could be regarded as a testing phase, though an official launch is imminent.

Westerwelle Startup Haus has already played host to a number of notable events aimed at furthering the growth of the ecosystem with the most recent being the much-talked-about Seedstars Kigali event which unearthed and showcased some of the most exceptional entrepreneurial talents on offer from Rwanda.

This tech hub was launched in May 2018 and is located at Park Royal Building, along Buganda Road, in Kampala, the Ugandan capital. As spelled out by a statement on the hub’s official website, the hub has “merged legal sector expertise with business needs for a startup venture.”

A combination of Ortus LLP, KTA Advocates, and Techcelerate Limited appear to have brought the hub into existence. The partnership of the trio resulted in the birthing of this tech hub incubator which serves up such perks as co-working space, business incubation, acceleration, and legal support, amongst others things. 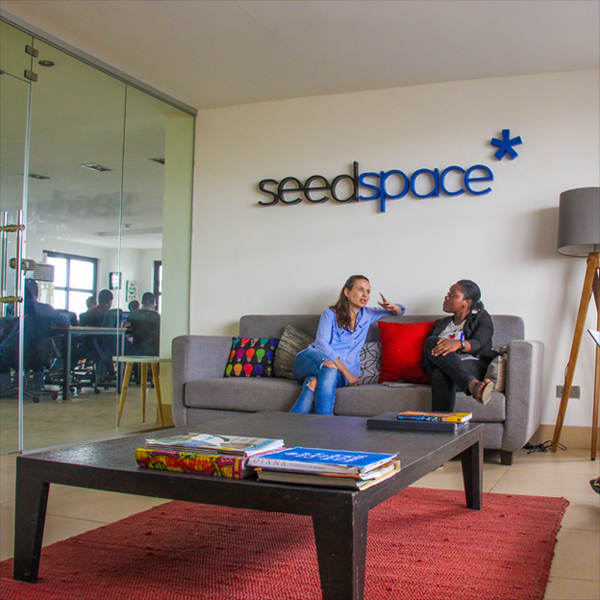 Like the Ndoto Hub, this tech hub is also located in the Tanzanian capital. It was launched in July 2018 as the very first Seedstars-supported hub in East Africa, in partnership with Omidyar Network.

The hub, which “offers office solutions that will make companies grow faster,” is designed to accommodate and cater for the needs of a combination of idea-stage entrepreneurs and already-launched startups, as well as those that are on the verge of scaling. Access to online courses, Seedstars partners, and IT tools, are some of the benefits the hub has in the offing.

Safe Space Co began as an organized community of female entrepreneurs and female-founded startups in Tanzania. Desk space for entrepreneurs, individual and group coaching programs, including support and inspiration for members, are some of the perks that this tech hub has in stall.

The hub is located along Haile Selassie Road, in Dar es Salaam, and it offers a free trial period upon registration, after which flexible membership is offered.