Africa is on its way to be mentioned amongst the largest of all-time cryptocurrency markets. The surging popularity of digital currencies was the harbinger of the opening of no less than 15 trading venues, all of which hit the continent’s ecosystem in the past year alone. Recording what the techies would call a spike in the trading volumes, peer-to-peer marketplaces snatched for Bitcoin a skyrocketing price in the crypto market in 2017. Prominent among these changes in digital coin exchange is the trading volume upheaval in Kenya’s Local Bitcoins, as a USD 1.8 Mn acceleration was recorded in December 2017. Luno reported that 200 BTC worth of such digital transaction was recorded in November 2017, when the price of crypto was hovering in the USD 10 K threshold. 37 percent of those transactions were initiated from the South African end of the continent – home to Africa’s top city of opportunity (Cape Town).

Cryptocurrency in Africa as a means of exchange can be regarded as a work in progress, but a massive one. With the continent’s oldest exchange displaying what comes off and proves to be a lofty ambition, blockchain is becoming a household phrase on the lips of nearly every fintech emerging in the Sub-Saharan and the continent at large. South Africa-based Luno alone, kicking off operations in 2013, boasting of 1.5 million users spread across 40 countries, plans to reach 1 billion customers by 2025.

Enough said, there are still a lot of reasons why Africa might be the next big market for the brainchild of what was Satoshi Nakamoto’s genius of an idea. From what I have heard, it demands time, effort and a heckload of experience to be able to operate in an industry as complex, fluctuating and needlessly volatile as cryptocurrency – and the stakes just keep getting higher. But, somewhere in Ghana, a 17-year-old techie is already cashing in big on what Africa’s Bitcoin market has to offer. While most people twice Elisha’s age are still trying to get to grips with the basics of blockchain with the help of experts in perhaps innovation hubs spread throughout Ghana and the rest of Africa, this Senior High School teenager already has a tech-enabled company with which he remains in the affairs in the continent’s crypto market.

Elisha Owusu Akyaw, while his mates were raking brains at math and struggling to crack algebraic expressions, founded BlockXAfrica, which was rebranded from the 2017-established small business known as Tokens Media. While studying General Arts at Legon Presbyterian Boys Secondary School, Elisha is unnervingly rocking boats in waters much older people would have a hard time sounding. He set up his cryptocurrency marketing firm in a bid to lend a hand in blockchain projects, to help them reach out to their target audience. Elisha, considered to be the face of young entrepreneurship in Ghana, has worked with local financial firms in project development, and his startup, according to Bitcoinafrica.io, has helped in raising more than USD 40 Mn in token sales via its marketing services.

Elisha shared the highlights of his entrepreneurial journey with Weetracker; how he has come to be the crypto-dealing guru who is one of the drivers of Ghana’s crypto market to rank among its counterparts in the comity of nations.

Elisha Owusu Akyaw has been learning, unlearning and relearning the ropes that come with crypto for three years, with his first encounter being a digital money-related news item on Aljazeera in the late phases of 2014. From that telecast piece of development, he quickly tapped into the idea of a financially liberal economy, one that would be entirely based on the internet. In a move to satisfy his curiosity regarding what the emergence really held in store, he began investigating the intricacies of digital currencies and blockchain as a whole. With the internet-enabled device he got at age 12, he began exploring the ins and outs of operating systems and websites. “I learned how to create a website on my own by watching videos on YouTube,” he disclosed. As at 2013, Elisha had already ventured into the tech space, in which he garnered knowledge and became the renowned sophisticated fever causing ripples in the digital industry. 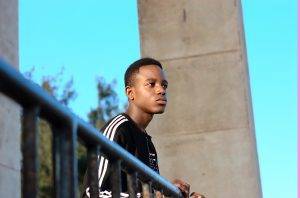 The journey through web design fundamentals and advanced- level tactics exposed the Ghanaian teen to open resources such as Firefox by Mozilla, which gave him the urge to volunteer in his local community. On his mission to impact those in close proximity and rain tech on all to whom he could gain access, Elisha started to speak in occasions on the sidelines of the internet, innovation, cryptocurrency and a couple more. Prominent among such platforms on which he shared knowledge on such topics was at the Software Freedom Day in Accra in 2015, a platform on which Elisha started sounding the bells of crypto and drawing to himself real-time recognition as one of the well-versed in tech matters around his local communities.

Elisha has also acted as a facilitator in many programs, with one of the highlights being his eye-opening presentation at an open resources workshop organized by Open Foundation West Africa (OFWA), also in Accra. At this event, the tech fever exposed participants to the emerging world of cryptocurrencies, during which all who listened were stunned by his rather too-good-to-be-true expertise, effortless delivery and in-depth knowledge on digital coins – all in less than five minutes into his session. According to Pamela Ofori-Boateng, one of the attendees, listening to upcoming Elisha discuss such a complex topic with ease and professionalism would make one think a much older person was leading the session, but his teenage looks subtly gave him away.

Elisha built one of the foremost commercial blogs for Firefox Operating System called Firefox Central but sought to explore other areas as the project was abruptly ended, landing him into crypto. From childhood, he had always wanted to not just keep to tabs with things, but dig deep into whatever topic or concept he comes across – hence setting himself apart from the norm and unveiling different layers of seeming otherworldly crypto. “I love to know how and why things are made and what they would look like in the future.”

One of Elisha’s accomplishments is a commercial dash blog he named The Dash Times, which was renamed to PIVX (Private Instant Verified Transactions) Times in the wee stages of 2015. PIVX was a digital currency which when adopted would prove useful for Africans. The private natures of these transactions allow people achieve true financial freedom, according to the founder. He is of the opinion that his home country has a future with cryptocurrencies because until recently, Ghana was on the leading list of countries with the most interest in Bitcoin in accordance with numbers from a Google search. This, he says, depicts a continually increasing interest for an alternative to what he regards as weak financial systems backed by fiat currencies. Elisha lives with the die-hard belief that cryptocurrencies are the answers to the watered-down policies that consistently put the people’s resources at the brink of financial catastrophe.

Motivated by the opinion that only time matters in the adoption of crypto by Ghana, Elisha went on to found the solutions firm called BlockXAfrica, a company that provides cryptocurrency and blockchain marketing research services to companies that accept crypto as the only form of payment.

From painstakingly perusing the contents of videos related with the idea upon which his company is to be built, and finding interest in a publication which posited that other business could be brought from other industries to fit into the blockchain saga, Elisha sought to build a PR solutions company. “After the boom of the ICOs and the popularity of digital currencies, the need for good marketing services in the space became very important, culminating in the birth of BlockXAfrica. We provide unique solutions because we blend affordability and quality”.

BlockXAfric is currently a small team comprising of seasoned crypto sensations like Elisha, who have found various ways to provide services with their existing skills in the industry. This company has helped cryptocurrency startups raise over USD 40 Mn in Initial Coin Offerings (ICOs). According to Elisha, the major problems faced by BlockXAfrica stems from the common regulation of cryptocurrencies by most African governments. “Regulators in the continent seemingly are yet to understand the rudiments of blockchain and as such perhaps take hasty decisions that will impede the growth of the African blockchain industry.” As a budding entrepreneur in the field, such outcomes make it hard for Elisha to plan, as he does most times with a particular dose of uncertainty just hovering above his projects.

Elisha encounters milestones in his entrepreneurial journey as he comes across people in the same industry who express profound appreciation and drop commendations for the efforts he puts into his work- I mean, for someone his age, he is definitely breaking boundaries and setting records. The accolades and thumb-ups afford him satisfaction in his venture, coming from perhaps more experienced practitioners in the blockchain industry. “The appraisals let me know I am doing something great, and those conversations birth new ideas, just as more problems are discovered.”

The CEO of BlockXAfrica disclosed that years from now the company would be more than just a marketing solutions firm. “We have in-the-pipeline projects that include an Initial Coin Offering startup platform, content creation, and distribution on the blockchain, as well as a blockchain platform that will integrate all media formats. We will also enter the research market and employ education campaigns to help create awareness regarding cryptocurrencies across Africa”.

“There is a lot to be done in Africa’s blockchain space and on the huge demand for services and solutions in the continent. Africa especially is still in the early stages of the cryptocurrency revolution, so we all need to synergize in bridging the gap, educate the masses and grow the African economy”.

The Bitcoin pluviosity is taking its full sweep across Africa, and young people are making investments in the opportunity, especially males. A report by Citibank, a financial service company, ranked Kenya as the fifth highest Bitcoin holder per capita in the world while placing Nigeria and South Africa as third and sixth respectively. Observers are casting most of the blame on African unemployment rate for the soaring interest in digital currencies. While others opine it’s all about fighting the feeling of not being relegated as young people, this Ghanaian kid is giving Catch Them Young a whole new twist.

The headline of this article was updated on 22nd August 2018.

VC Money Or Not, Is The Timing Finally Right For African SaaS Startups?

In 2017, two business partners got to finally hit the “launch” button on