Five Young African Entrepreneurs Who Are Making Waves In Technology

The African economy can be said to have been significantly buoyed by entrepreneurial activities in recent times and this may have a lot to do with why the economy of the continent is now widely touted as one of the fastest growing in the world.

Young African businessmen and women are springing up from virtually all fronts with technology and innovation that have the potential to transform the African economy and if the trend continues, it might not be that long before the continent takes its place amongst the world’s most developed regions. And we might have many young African tech entrepreneurs to thank for that.

From technology to manufacturing, as well as engineering, hospitality, and a number of other sectors, Africans are known to be stepping up to the plate and making waves with the establishment of budding businesses. These fast-growing enterprises are also known to be putting in good work and supporting society through the creation of wealth and jobs, payment of taxes, and ignition of the entrepreneurial spark amongst the aspiring folks. Most importantly, they are playing vital roles in the economic transformation of Africa.

Be it through reimagining established products or services, expanding radically into new areas, or proffering better solutions altogether, a number of young African entrepreneurs are making their presence felt in the ecosystem. Now, here’s a look at five of the continent’s young entrepreneurs who through technology are causing wide ripples on the entrepreneurial scene. 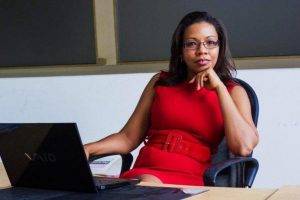 Kenya Is Once Again Africa’s Top Business Travel Destination But How Much Of The Tourism Hype Is Justified?

Madagascar’s New Commercial 5G Was Built By Ericsson, Not Huawei

AppsTech; a global provider of enterprise application solutions, has Cameroonian tech entrepreneur, Rebecca Enonchong, as its Founder and CEO. AppsTech’s value proposition is the provision of enterprise software, service, and support to both local and international clients.

With a clientele that is now believed to span over 50 countries in Africa, Europe, and North America, Rebecca’s company can be thought to have come a long way from those humble beginnings back in 1999.

The female entrepreneur has garnered considerable recognition for the remarkable success the company has so far enjoyed, with one notable example being her selection as one of the WIE Africa Power Women of 2013 in the Business and Technology category. Enonchong is also known to serve as a mentor and advisor to a number of African technology-based startups. Also part of her burgeoning resume are positions on the board of VC4Africa, as well as that of Salesforce.com Foundation. Uniqueness is as critical as global exposure is important in Africa’s rapidly growing startup business community. Getting the hang of those two details is not exactly a rosy affair for many but for some, it has been quite a speedy climb. And DreamOval’s CEO, Derrydean Dadzie appears to have might light work of it all.

The Ghanaian entrepreneur’s company is a provider of internet and mobile solutions, and developer of payment platforms for the financial and telecommunication sectors. Since coming into existence in 2007, DreamOval has gone on to establish a partner network that includes Kenya, Singapore, and the U.S.

It also appears that Dadzie’s efforts have somewhat attracted significant global media attention with one international publication referring to the entrepreneur as “part of Africa’s emerging class of young entrepreneurs who are presenting a serious challenge to Western ideas of African economic development.”

Related Read: Five Businesswomen Who Are Putting Africa On The World Map 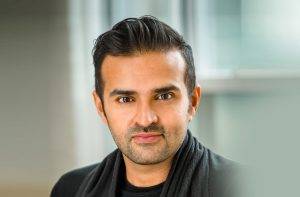 It was at the precocious age of fifteen that this prodigious Ugandan-born entrepreneur made his first foray into the entrepreneurial scene. Fast-forward 20 years down the line and the self-proclaimed serial entrepreneur holds the reins at Pan-African multi-sector business conglomerate, Mara Group.

The Mara Group is known to have interests in such areas as IT, BPO, real estate, asset management, infrastructure, hospitality, packaging, and media. It also boasts operations in 19 African countries, with Nigeria, believed to be Thakkar’s favorite.

His climb to the summit of affairs has, however, not exactly been a smooth ride as his safety and that his family was threatened during the infamous Rwanda genocide which saw them flee the country for a while. Not to be deterred as a true son of the continent, he returned to base when the crisis died down and from then onwards, it has been a remarkable journey. 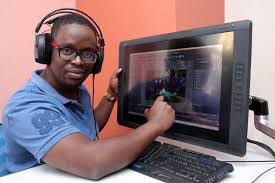 As advancements in technological innovations have soared on the continent in recent times, so too has top-notch animation roll out. While it may not be entirely wrong to assert that South Africa takes the cake in this regard, it takes nothing away from the fact that some fine work is actually been done in East Africa — and Mike Muthiga’s animation company appears to be holding its own quite well. The Civil Engineering degree holder’s creation, Fatboy Animations, has created and put out some fine work out there with notable examples being ‘Tinga Tinga Tales’, ‘Faimba’, and ‘Mazgwembe.’ It is believed that Mike is also nursing an ambition to open an animation school in Kenya.

Don’t Miss: How Is NYSC Making 80 Percent Of Nigerian Entrepreneurs? South Africa-based company, iFix, is the brainchild of Julie Alexander Fourie who interestingly, is believed to have acted on the idea which led to the company at his dorm room in the University of Stellenbosch back in 2006, where he is known to have been helping colleagues and friends fix broken and faulty iPods and computers.

And what started out as part-time repair work eventually gave birth to iFix; a company that is looking to carve a niche itself for itself in the area of repairing and servicing all Apple products and Samsung smartphones. Through some fine work, iFix has gone on to become one of the biggest third-party repair services in South Africa.