Five Businesswomen Who Are Putting Africa On The World Map

It is quite a welcome development that Africa is seeing a new breed of empowered women breaking free from the chauvinistic stereotype that regards women as only good enough for homemakers.

The continent is seeing a number of African women entrepreneurs breaking through that glass ceiling and holding their own in what could be considered a male-dominated business scene. These women are leaving no one in doubt as per the ability of women to build and manage successful enterprises — even giving the men folk a run for their money in a turf they thought they had monopolized. This gives further credence to the notion that women can be great builders and managers whether in the home or in business.

Now, lets us focus the spotlight on five African women who have been able to forge their own path and carve a niche for themselves in the world of business. 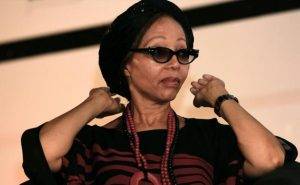 Bridget Radebe holds the reins at Mmakau Mining; a successful mining firm with assets in gold, platinum, uranium, chromium, and coal. The company is also believed to be involved in a number of other forms of exploratory activities.

But Radebe didn’t just waltz her way to the top. Long before she established her own company, Radebe had started out by working in the mines herself. Through sheer will and some dogged determination, she became the first black woman to establish a mining company in South Africa, leaving prejudices associated with race and gender in the dirt.

While there are hardly any reliable publications on her net worth, Radebe is known to have served as President of the South African Mining Development Association. In 2008, the Global Foundation for Democracy named her International Businessperson of the Year. She is also the wife of South Africa Justice Minister, Jeff Radebe, and elder sister of a South African billionaire, Patrice Motsepe. Bola Shagaya is considered one of Nigeria’s businesswomen. The female entrepreneur is believed to have built enduring business relationships with past and present administrations in the country and this can be thought to have been instrumental to her success.

Shagaya is the Group Managing Director/CEO of Bolmus Group International; a company that is known to have interests in oil, banking, communications, photography, and most recently, real estate.

With her investment portfolio, she is considered one of the biggest players in Nigeria’s oil sector. She is also known to sit on the board of Unity Bank Plc, has also served on the board of a number of other organizations including the National Economic Partnership for Africa’s Development (NEPAD).

The Nigerian business mogul is believed to have over two decades of active local and international business experience under her belt — a stellar business career that has seen her participate and contribute to numerous local and international workshops and seminars, including Harvard Business School. Her net-worth may be unclear but he is known to own a chain of properties in Europe and the U.S. as part of real estate venture.

More Female Entrepreneurs: This 26 Year Old From Kenya Is Churning Out Bricks From Plastic Waste 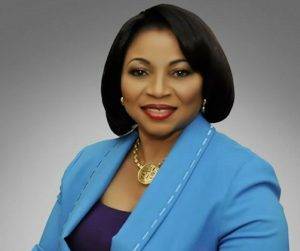 Folorunsho Alakija is another Nigerian female entrepreneur who made her fortune from the country’s oil industry. The sexagenarian is the Executive Director of FAMFA Oil; a company that is in the business of oil and gas exploration and production.

Even though she always had a knack for business and an eye for opportunity, Alakija did not always fancy a business career in the oil sector. She started out as a fashion designer having founded her first enterprise, Supreme Stitches, in Lagos, Nigeria, back in 1985. This was after her studies in the United Kingdom she predictably studied fashion design.

By 1986, Alakija’s Supreme Stitches had largely assumed the position of one of the best designers in the country and through sheer providence, she got in touch with a friend who brought her into the oil game. But she didn’t just strike gold and get into the big time in an instant.

The story has it that Alakija had to make do with an unwanted oil block which was allocated to her as a dead rubber. It took a while but through what might be considered a generous stroke of luck, the said oil bloc soon struck oil in commercial quantities. It was from this plot twist that the Nigerian billionaire linked up with Texaco, which later became Chevron in 1996, and subsequently made her fortune.

These days, Alakija is believed to have devoted herself a lot more to religion and philanthropy as she is known to support communities and businesses through her Rose of Sharon Foundation.

More Female Entrepreneurs: Meet The Nigerian Women Who Developed These 5 Amazing Apps We Use Today This female entrepreneur is the CEO of Smile Telecoms; a Mauritius & SA based telecommunications products company. This female entrepreneur whose net-worth is believed to hover around USD 150 Mn wasn’t always a businesswoman. She started out in the trade unions where she rose to fame as a negotiator for the National Union of Mineworkers in South Africa.

It didn’t take long before African telecommunication giants, MTN, brought her on board as Executive Director. To her credit, she is said to have championed the telecoms company’s expansion across Africa and beyond. Her efforts eventually got her rewarded with USD 150 Mn worth of MTN stock, even though she was to call time on her association with the company and leave under a cloud in 2007.

In what has been an illustrious career in business, she also had stints at FirstRand Bank, Johnnic, and Johnnic Communications as Director. Following from a line of anti-poverty programs which she is known to have championed during her time at MTN,  her current venture, Smile Telecoms, is believed to be focused on meeting the telecom needs of low-income individuals.

More Female Entrepreneurs: Why Now Is The Time For Senegalese Women In Tech Appelbaum debuted in the world of business at Liberty Investors; an insurance and real estate firm established by Donald Gordon — her late father. However, it wasn’t until she sold her shares and severed ties with the company that she amassed her own fortune.

She forged her own path by becoming Deputy Chairman of Women’s Investment Portfolio Limited (Wiphold) which is largely considered the first women-controlled company to list on the Johannesburg Securities Exchange.

With some support from Hylton Appelbaum, her husband, she soon acquired DeMorgenzon; a wine estate in the well-documented Stellenbosch wine region. This proved the cash cow. With donations totaling up to USD 23 Mn, Wendy his known to have sponsored the establishment the Gordon Institute of Business Science and the Donald Gordon Medical Center. As at 2012, her net worth was estimated at USD 259.3 Mn.

Next Read: How To Run A Startup While Taking Care Of Your Newborn Baby