It’s another Saturday morning and little Tim can only afford to stare at the long line of kids scrambling into buses headed for the famous Sun City resort from his position on the sidewalk. It’s become something of a weekly ritual for kids in his neighbourhood to go on these fun-filled trips with poor Tim assuming the unenviable position of an onlooker.

One could see the longing in his eyes for just one chance to get on one of those buses and have some fun himself. But even as a child, he knew that was wishful thinking at best. Tim Hogins was one of the underprivileged kids and luxuries such as those were always out of reach. Or, were they?

At some point, the young lad grew weary of feeling sorry for himself.

Instead, he made a silent pact with himself to one day build luxury parks that will be open to everyone so that kids in his situation wouldn’t have to go through the same ordeal.

Well, it may have sounded like a ‘boyish wish’ at the time but based on the evidence on the show today, maybe everybody should start making those wishes. For, the boy from the dusty streets of Randfontein has gone on to become a businessman who has achieved success by creating outdoor fun for all and sundry.

Over 2 Million Angolans To Benefit From Electrification Project

Attending a Tech Conference? Here’s How To Stand ‘Above’ 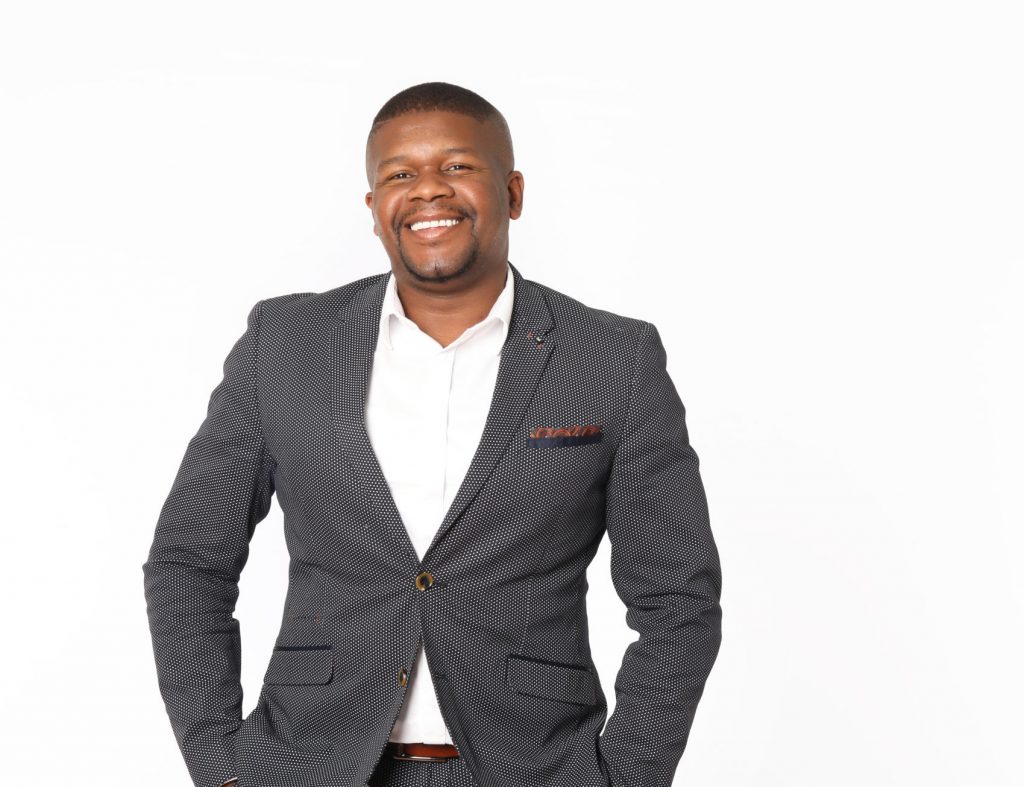 Tim Hogins, 39, is the CEO of Green Outdoor Gyms (GOG); outdoor health, wellness, and lifestyle company that is fast becoming the go-to guy for outdoor recreation in South Africa. The entrepreneur who once sold koeksisters (sticky, spicy treats), worked as a delivery boy, and even had a stint as a security guard, has gone to build a company whose worth is on the threshold of R 500 Mn.

Since unveiling its first outdoor gym in February 2012, GOG claims to have installed over 1,000 outdoor gyms for local municipalities around the country and even self-funded three lifestyle parks. And having built a solid pedigree as ‘the grandmasters of outdoor recreation’ in South Africa, it’s fair to say that there is more in the offing.

It’s been quite an incredible journey for Tim Hogins given that things could’ve just as easily turned out a whole lot different. Go back seven years and the young man was on the brink of collapse. He had left an office complex having been booted out of a project he put so much into.

Tim could feel his life’s work crumbling around him after the loss. He had barely managed to drive out of the parking lot but only as far as the point where he pulled over. Months of hard work had gone down the drain – the agony was palpable, he basically had a panic attack.

A great many entrepreneurs find themselves stuck in this kind of mire more often than not, but Tim’s response made all the difference. Even though it felt like the roof of his car was caving in at that point, he still mustered enough courage to pick himself up and keep going. One call to his wife, a few ideas on how to move on, and the seed for GOG had been sowed.

Tim had been nurturing the idea for the outdoor recreation park for the best parts of two years, and his pain stemmed from the knowledge that the very concept which had cost him his day job had now been hijacked by people who he had brought on board as business partner investors. But his willingness to press on got him the gold in the end.

Life as a kid in the West Rand of Johannesburg was always going to serve up some challenges but he could have done with some bit of easy. His dad sold burgers and chips in a small cafe that made barely enough to keep the lights on and his mom sold pastries. Tim had to weigh in at both ends.

That explains why when other kids were excitedly piling into buses for the weekend trips, he could only stand back and watch from a distance. He had to work for the family or supper was put in jeopardy.

Tim couldn’t go to college because his folks couldn’t afford it, but he knew better than to sit on his own hands. After high school, he got word of a free four-week training course for intending security guards through a cousin, and he jumped at it. After the course, he became a security guard at a top firm.

The job didn’t offer much, nor did it promise. But Tim always knew even a dead-end could be a means to an end. Some two years after he took the guard job, he learned of an opportunity to learn to programme for free.

Even though he didn’t know much about computers, he thought it a valuable skill to add on and he signed up. He planned to juggle the training with the security job.

It was a rocky ordeal for Tim as he struggled to through the program. First, he failed the aptitude test that was required to get into the program, only to make it through at the second time of asking barely.

Then he flunked the course initially, only to be again handed a second chance by the coordinator who let him retake the programme. Again, the second time proved the charm and he quit the security job for a position at a small IT firm.

The IT job helped him learn even more. After working for Dimension Data, SITA, and EOH, he applied for an account management position and switched to sales for the final three years of his IT career. He had always had a knack for business and the move to sales helped him build knowledge on that front. All the while, Tim never outgrew his love for outdoor parks and when he began to consider venturing into business full-time seriously, he found himself thinking of an outdoor gym most of the time. Long before he was even sure of it, it was the one.

He’d come across kids in parks doing sit-ups, push-ups, and pull-ups on trees and his thoughts kept drifting to how to make it better. He had a solution that will be beneficial to entire communities, one that didn’t leave out kids from more impoverished homes – safe spaces to play that didn’t demand pay.

“The outdoor gym concept came about as a means to take health and fitness to those who can’t afford commercial gym membership because I’m of the opinion that it’s a basic human right,” says Tim.

“The GOG Lifestyle parks came about because I wanted to take leisure to the disadvantaged because as a child I couldn’t go to fancy resorts.”

And so, he started to explore the idea. But he fell out with his employers at the time who wasn’t pleased that his attention was split, and when he wouldn’t give up the idea, he was shown the door under the guise of restructuring the company (interestingly, he was the only person retrenched).

That retrenchment happened in October 2010 when Tim was about to tie the nuptial knots with his wife, Rona. And even though all the money he had was two months’ salary, maybe it was a good thing he lost his job. For, he was now able to throw his full weight behind his outdoor gym idea.

Joburg City Parks had okayed Tim’s idea after he approached them and he had even reached an agreement with an engineer for equipment design. Money was now the problem – he needed partner investors.

Tim had an idea and a letter of intent from Joburg City Parks but he was still short. After so many unsuccessful attempts to land the funds, he got in touch with a group of investors who were nursing a similar idea. He had the idea and the all-clear from Joburg City Parks, and they had the funds. How he must have thought his stars were beginning to align.

But that was not to be. After partnering with the investors on the prototype, things went south. The investors hijacked the idea and were now offering a paltry sum for his efforts. But Tim had put in so much to settle for so little. He declined the offer and was pushed out.

Suddenly, Tim had no funding, no partners, and no prototype and the endorsement from Joburg City Parks was going to expire soon. He thought he was making progress when, in fact, what he had done was create competitors who happened to also be in possession of the demo model. Now, it all makes sense, doesn’t it? The agony in the car and the panic attack?

Here’s what happened next, though. He hatched a plan with his wife. They would put the car up for sale and apply for a bank loan. Together, they raised R 200 K and with some assistance from a friend, they started importing large screens for media companies.

They called this venture LXI and the business brought in enough to pay the bills while Tim got busy getting GOG up and running.

At that point, Tim could’ve used a stroke of luck and fortunately, he did get some of it. On this particular day, he came by some play equipment in a warehouse and decided to make a stop. After discussing his idea with the owner of the business, a partnership was struck which would see Tim’s prototype be built at a cost in exchange for a long-term partnership. And that’s how the company got off the ground. Before long, the first outdoor gym was installed and orders started flooding in from municipalities throughout South Africa – the competition he feared never materialised.

GOG made a turnover of R 3 Mn its first year and Tim soon found himself presenting his solution in parliament. His idea was incorporated into South Africa’s National Development Plan, and it has been a fairytale since then.

In addition to installing cosy outdoor parks, the company has diversified its operations by going into the rehabilitation of dilapidated parks, the supply of industrial equipment, and development of its own sites. GOG now also installs play areas and outdoor gyms for hotels, private and public schools, beach parks and lifestyle estates, while employing hundreds.

It’s been quite a journey for Tim who had been staring down the barrel on more than one occasion.

His advice to aspiring entrepreneurs, as he tells WeeTracker, is; “Decide what you’d like to achieve, identify stakeholders along the journey, and keep your eye on the end product.”

He also hammered on the need to keep off “trendy” ideas/businesses and not just jump into something because it is what everyone is talking about.

“Get a mentor in your industry and learn learn learn,” he reiterates. “Also, make time to plough back into the community.”

Currently, Tim offers free mentorship programmes to less fortunate young adults/teens and also invests in their business ideas. Going forward, his target is to set up GOG Lifestyle Parks in all nine provinces across South Africa. He also hopes to replicate the business across the entire continent in a franchise model.