Mocked For Doing ‘Girlie Stuff’ At 14, This Ugandan Has Now Created A Successful Business Out Of It

It’s yet another end-of-term and schoolchildren are visibly excited. Well, who wouldn’t be? It’s been such an exerting term, but with the promise of a long vacation, it does seem like it may have been worth it after all – ergo, the excitement.

Now, didn’t we all just love a good holiday back then? The break from the early morning wake up calls and daily classes, and the chance to join other kids in extended hours of fun and mischief was every child’s dream. Or, was it?

Well, not for a little boy named Noah Walakira who seemed to have had other ideas. Sure, it’s the summer vacation, and most kids would be contented to kick back, relax, and have all sorts of fun. But maybe ‘fun’ does mean many different things to different people.

Noah spent most of his holidays at his grandma’s, but for him, it was not about listening to folktales and getting the ‘granny goodies.’ Long before he was a teenager, he had made a habit of shifting base to the old woman’s quarters during school vacations, and his mission there may have been as close to “watching paint dry” as kids his age could get to when trying to describe the expression. But the little boy saw things differently. Through those years, he was mastering a skill; one that was to pay off big time in the end, and make us use catchy lines like; “From Uganda comes the story of a young boy who got his company off the ground at 14.”

Noah’s grandmother wouldn’t have thought it much more than just whiling away time when her grandson would sit at her feet and follow her instructions as he fiddled with her knitting set. Even when the old woman realised she had to hand it to her ‘little apprentice’ who had become quite skillful at the craft in a way that belied his years, it still didn’t mean much.

Although she has since passed on, she would probably be wearing a broad grin somewhere in the afterlife knowing what the boy, Noah, has gone on to do with the skill she casually taught him.

Noah Walakira had barely turned 14 when he decided to put the knitting skills he had picked up from his grandma into something profitable. Having started by knitting jerseys for schools in Kampala, he laid the foundation for the community-based organisation now known as Namirembe Sweater Makers.

The company currently manufactures various uniforms – from sportswear to ties, T-shirts, and woollen scarfs – for no less than 45 schools in Uganda, as well as other institutions such as security companies and petrol stations.

It also boasts clientele in countries like Rwanda, South Sudan, and Tanzania.

Employing up to 20 locales as members of its staff, Noah’s company claims to produce as many as 500 sweaters on average monthly, with each costing around USD 7.00. Now aged 27, Noah has been able to see himself through school, together with his siblings and some of the other young employees, with parts of the business’s earnings.

The journey began after Noah wrote his final examination in primary school. He had assisted his grandmother in knitting a sweater that was eventually sold for USh 15 K ($4) and that success, plus the money that came with it, saw his interest in knitting grow considerably.

Predictably, he was ridiculed by his siblings and peers for taking up such a ‘girlie’ venture but the knowledge that he, at least, had his parent’s blessings, neutralised the taunts. Ignoring the derogatory remarks, he kept at it. Noah enrolled into a day school after the vacation and continued knitting in the evenings. And soon, he had single-handedly knitted his first sweater which was bought almost immediately.

Well, at this point, he was making his own money and better off than the ones who used to mock him but still had to rely on their parents for their every need.

His parents’ encouragements saw him visit Kiyembe Lane and that was the day he saw people knitting sweaters with machines. He knew he needed one of those, but at Shs 250 K, it was always going to be quite a reach. But somehow, he raised the sum from the money he made knitting sweaters by hand and his savings. He was, thus, able to buy the machine from a Hajji Sula who also taught him how to use it. That was in 2008, and it didn’t take long before he got his first order from a nursery school in his neighbourhood. On seeing the progress he was making, his brothers and friends soon joined him, and the business was averaging three sweaters a day on the machine.

When Noah’s father lost his accounting job in 2009, the young man was not only able to alleviate the old man’s burden by paying his school fees – he still managed to buy a second machine for the business.

There was an urgent need to expand in 2010 when Noah took on so many workers and trainees. The orders were flooding in as everyone in the company was essentially marketing the business. And to keep up, more machinery was required.

Taking advantage of an opportunity provided by the Youth Fund, Noah registered the company as a Community-Based Organisation. And in 2012, the company got funds from KCCA which helped it expand to two other workshops in Kalerwe and Jemba Plaza in downtown Kampala.

Noah employed his now out-of-job father to help with balancing the company’s accounts. He also offered to pay his father, who also brought the idea of printing badges on the sweaters, a rental payment on the room that had served as the company’s base for free since it kicked off operations.

Noah’s mother is also known to be on the job, and the company currently boasts well over a dozen machines across its three workshops; some of which it even lets out to the community on free hire.

The Ugandan entrepreneur started with a small production unit in his home which saw him begin to employ people almost twice his age from his early teens. Although there was always going to be some degree of awkwardness and friction around the arrangement, he got around the challenge by leveraging some man-management skills that are not the usually the stuff of persons his age.

“I try to make sure that they have it in their minds that they are not just being employed by a 14 or 23-year-old, but rather the company,” he says, adding he never lets his age affect an older employee’s ambition within the organisation.

The Ugandan entrepreneur has grown to find confidence in his ability to affect growth in his community and impact his society through his company which he hopes to steer through the stern realities of the business world and grow into not just a national, but also a pan-African brand. 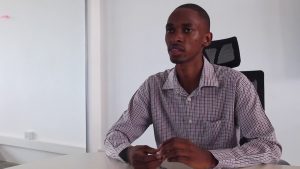 “In the coming years, I see more branches opening and helping out jobless people in different areas. There are so many who are suffering [from unemployment], especially in the North-West,” he continues.

“I am already thinking of how to expand this initiative and work with these communities to solve some of the problems around poverty.”

Noah Walakira holds strong beliefs in the importance of being driven by a vision and passion. He cites those as essential tools which helped him ride out the storms and turbulence that characterised the earliest stages of his entrepreneurial journey.

“If you do not love what you are doing, then go back to the drawing board and find something you do love,” he adds. “Follow that small voice that is talking to you inside of your heart, and listen to it with your mind, but critically. It will help you make the right decisions.

His efforts have garnered some recognition, with the Anzisha Prize – a pan-African organisation which celebrates young African entrepreneurs – naming Noah Walakira a finalist for its annual award in 2014 and rewarding him with a USD 2.5 K cash prize.

He also emerged first runner-up at the Mulwana Innovation and Entrepreneurship Award. The award came with USh 3 Mn which helped finance the purchase of an embroidery machine.

Furthermore, his company has provided many youths in his community with vocational skills and employment. Uganda has one of the largest percentages of people under the age of 30 globally, and this situation has morphed into unpleasant youth unemployment numbers. This is something Noah hopes to continue tackling in his capacity.