It’s that time of the semester and students are running helter-skelter. And yes, you guessed right: exams are nigh! It’s a familiar sight, the fortnight leading up to the big day is usually frantic.

Lecture halls packed full with students – some even needing to stand – when earlier in the semester voices echoed due to the scantiness of the halls. Library seats now completely occupied by scores of desperate undergrads when, initially, dust and cobwebs were the only things that kept library staff busy.

Anyone who passed through a proper tertiary institution must be familiar with those crazy times – the mad hunt for course materials, the insane rush for the best study spots on campus, the formation of study groups, and the many late-night returns and all-nighters; it’s a student’s nightmare. It almost seems like someone touched the ‘chaos button’ of the institution. 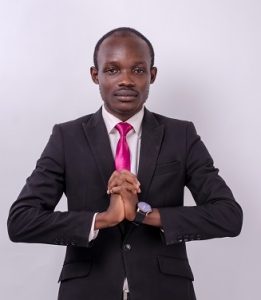 Edwin Inganji is no stranger to such times, and he’ll probably have fond memories of those – albeit, for somewhat mixed reasons. It was just a few weeks to the semester’s exams, and he’d been leaving school later than usual with each passing day. On this particular evening, the then final-year student of Strathmore University had called it a day with school and was returning to the hostel. And then, things went south.

It had gotten dark by the time he was approaching the hostel, and he didn’t realise he was being tailed until four armed men accosted him. Because they were armed, it was too risky to attempt to call for help and as they had drawn close, attempting to flee or fight them off was not an option.

Blindsided, Crippled, Outlawed? – Crypto Startups Get The Axe In Nigeria

To save dear life, he submitted to the mugging, and by the time the bandits were through, they had made away with his laptop and other valuables, while leaving bruises all over his body as souvenirs from the pounding he took.

Edwin staggered back to his hostel and managed to get help in treating his wounds. He had barely escaped with his life and a few days after the incident – just when he was beginning to get himself back together – he was shaken by yet more terrible news of a student who had been shot thrice in a robbery incident.

The terrible experience traumatised him, but somehow, he managed to draw courage from the trauma and channel all the pain and terror into a productive course.

Long before the attack, Edwin Inganji and some friends of his had toyed with several ideas as they tried to come up with innovative solutions that would take them all the way in the Safaricom Appwiz Challenge. The challenge demanded innovation that would impact society by solving everyday issues, but the group hadn’t had much luck finding their bright idea.

And improbably, the misfortune was the plug that sparked the idea. Determined to protect himself and others from having to go through such gruesome ordeals, Edwin sat down with his friends, James Chege and Marvin Makau, who like himself were students of Informatics and Computer Science at Strathmore University in Nairobi.

The trio put their thinking hats on in an effort to come up with ways through which people could help themselves in such situations. They needed to come up with a quick and safe way through which emergency services could be alerted in such circumstances. It had to be something that wouldn’t put the individual at risk or tip off the assailant.

They rubbed minds for several weeks, and the product of their brainstorming was a mobile app called “Usalama” which translates to “Security” in Swahili. The app enables users to send distress signals to emergency services by just shaking their phone three times, or long pressing the volume-down button or tapping the emergency icon.

The app supplies information of the user’s location in an instant, while also alerting listed next-of-kin, as well as other users of the app within 200 metres of the individual who initiated the distress signal.

Although it may not be possible for the app to prevent muggings, carjackings and other crimes from happening realistically, it is still a very useful innovation in that it makes it possible for one to quickly and expressly alert police and ambulance services. In extreme situations, seconds could prove the difference between life and death and the app may well make all the difference in cases of emergency.

In a city like Nairobi, the Kenyan capital, where figures from IPSOS suggest a crime rate that is two times higher than the national average, incidences of muggings, carjackings, and other crimes are not unheard of.

Worrying still is the difficulty in reaching emergency services in dire situations in the country. It would be recalled that some years back the emergency lines of the Kenyan police force was disconnected on account of lack of resources to operate it. The same line was reopened in 2013, only for prank calls to flood in.

With a view to bridging the communication gap between genuinely distressed individuals and emergency response teams, the Usalama app sure looks like a veritable solution as the platform is capable of swiftly calling for security, police, ambulance, and even roadside assistance. 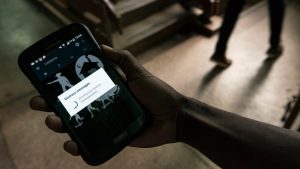 As is often the case for new technology, their app had to wade through the initial scepticism that greeted its arrival. Emergency service providers had their reservations about the solution, but the team let their product do the talking by gifting free trials to various private companies in the sector. As of now, some of the security, health and women’s organisations are known to have been onboarded.

Beyond the ‘panic button’ function, Edwin and his team are also exploring other functionalities. As he explains;

“If you are going home late at night, you can set the app so that you and a friend make sure you return home safe. We’re also introducing a timer where if you’re not home, say within an hour; it sends a distress signal.”

The app will also be developed to log incidents reported by users, thereby creating a database that maps out “crime hotspots” in towns and cities. This will keep both the users and security agents informed and vigilant.

The team’s innovation is known to have also drawn interest from a U.S.-based organisation which is looking to introduce elements of the app to college campuses to help curb safety threats against women.

The company claims to have majorly raked in revenue (up to USD 1.5 K on average monthly) from the sale of school-oriented software since it became operational in October 2016.

In 2017, the company gobbled up USD 20 K in seed funding, having emerged winners of the Hague Institute for Innovation of Law (HiiL) 2017 Boostcamp. Edwin and his team also participated in the 2016/2017 African Prize for Engineering and Innovation, while their app has been featured on various local and international publications.