Somewhere in Accra, Ghana, there’s a group of women who are attempting to redesign the city’s skyline. And with the evidence on show, they’re well and truly pulling it off.

These group of women are sketching a new cityscape, cutting it in a field that is overwhelmingly dominated by the menfolk – proving once again that gender has nothing to do with skills or expertise.

The woman marshalling this operation is Nana Akua Birmeh and with some support from an able deputy in her high school colleague, Agnes Ofusu-Appiah, it does seem like something magnificent is being built, and perhaps quite literally too. 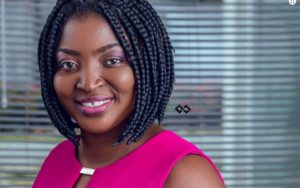 Birmeh is CEO of ArchXenus; an architecture firm she founded in 2011 when she was still nursing her first child who was an infant in the most real sense of the word at the time. Those days, her baby would lay in a cot right beside her desk as she tried to get some work done – up until she heard him squirm or cry in the cute, adorable way that infants do when they are just a couple of weeks old.

And interestingly, moments like those were one of the reasons she quit her former job and started out on her own. It may not have seemed like a good call at the time, but weighing the success she has so far achieved, she could be pardoned for smirking and saying “I told you so” with a hint of smug.

Nana Akua Birmeh and Agnes Ofosu-Appiah may be working together currently but they weren’t exactly ‘two peas in a pod’ in the beginning. Although they both attended Holy Child High School in the Central Region of Ghana, both girls had set out for different routes – well, up until their paths crossed.

Birmeh was not always a big shot in the business, she did have a couple of personal projects but Ofusu-Appiah only came on board when those handfuls of projects morphed into a practice. ArchXenus was still in its infancy at the time.

As a schoolgirl, Nana was rooting for the Arts but her mother always grumbled about it.

It was the old woman’s wish that her daughter challenged herself a bit more and in a particular conversation, she dangled Architecture in front of her daughter as an appropriate substitute to the Visual Arts she was leaning towards.

And that was how she became a student of Architecture at Kwame Nkrumah University of Science and Technology (KNUST) – though, she can hardly imagine herself doing anything else at this point. It was no walk in the park, though. There were 120 people in her class at the start of the race but only half that number stuck it out to the finish line. For Ofusu-Appiah, however, it was more of a childhood dream. She grew up seeing a lot of old, grotesque structures in her neighbourhood in Kumasi and she’d always craved better views. So a career in Architecture was more or less a no-brainer on her own part. And she was pretty good at it too.

Birmeh started her career at a respectable private architectural firm but she soon realized the environment did not support working mothers, especially new ones. Because of the belief she had in her abilities, she opted to go solo soon after she started a family and conceived.

With just a handful of projects here and there, she huffed and puffed in the beginning. There may have been compromises too, but never on the quality of her work. That’s what has brought her thus far.

Today, her company is one of the biggest female-run architectural firms in Ghana, and as the country’s regulations prohibit such firms from running advertisements, they let their work do all the talking, and it speaks volumes.

The company has its fingerprints all over a number of top-notch projects, including hotels and resorts, civic and health facilities, retail facilities, single-residential buildings, as well as mixed-use structures. Two of its more famous structural designs can be found in Universal Merchant Bank (UMB) and Ecobank Capital.

More so, as part of its CSR initiative, the company has taken on a bigger project in partnership with Imperial Charity Foundation (ICF) and The Rheumatology Initiative (TRI). This will see it design and refurbish the Korle-bu Maternity Ward, the Korle-bu Infusion Room, and many other areas.

Of the 12 architects on ArchXenus’s roster in 2016, eight of them were women, and even though the figures are more identical these days, the number of employees in the company have since doubled, and they are predominantly women.

Birmeh, however, maintains that the business didn’t set out to specifically hire women, even though she primarily established the company to be very accommodating to the needs of women. She attributes those numbers to the systems put in place which seems to attract some of the country’s finest crop of female architects.

“I think women are comfortable here. We have never made it a conscious effort to go after women. It just happened. It is interesting [we have more women] but that is as far as it goes,” she emphasizes. ArchXenus has a nursery that accommodates babies and nannies, which makes it ideal for nursing mothers at the expiration of their maternity leaves. A breastfeeding mother signing a cheque and toddlers crawling around in the lobby is just another day at the company. Interestingly, there are even fathers who bring their kids to work because their spouses work in less-conducive environments. But they still get the job, and in spectacular fashion too.

Having won numerous awards and garnered significant recognition for their work, Nana Akua Birmeh and the female-strong team at ArchXenus are getting one over society’s lopsided patriarchy.