According to a 2015 report, there are 37 million small and medium scale enterprises (SMEs) in Nigeria alone, a country which has recorded significant growth in the sector over the years. Getting finance and credit to these small businesses remains a crucial challenge in Africa at large. In spite of banks seeing the segment as a business opportunity, the reality is that SMEs on the continent remain largely underserved.

According to the World Bank Group, small enterprises remain significantly cut off from financial institutions, even as research indicates that the credit gap which confronts formal SMEs stands at about USD 1 Tn.

The same group says that SMEs are undeniably the economic spinal cord of every economy in the world, representing more than 95 percent of registered firms in the world, accounting for more than 50 percent of jobs and contributing to more than 35 percent of Gross Domestic Product (GDP) in many emerging markets. Yet, the lack of financing for these businesses remains a bane across the continent.

In a move the bring about a considerable solution to the long-standing issue, the African Export-Import Bank (Afreximbank) has made a case for factoring as a not just a viable, but also a sustainable means to address the challenge of finance access hindering the growth of African SMEs.

The urge is contained in a recently issued statement by Obi Emekekwue, Director and Global Head of Communications at Afreximbank, who quoted Ms Kanayo Awana, the Managing Director of the Intra-African Trade Initiative at the same institution. According to the statement, poor engagement of factoring has hindered the growth of the small businesses that are supposed to drive the growth of Africa’s economy.

Factoring is a form of financial transaction and type of debtor finance which involves a business selling its accounts receivable – also known as invoices – to a third party called the factor at a discount. It happens as such as a business would have to factor its receivable assets to meet its present and immediate financial needs.

Investopedia says a factor is an intermediary agent that finances receivables, essentially a funding source that agrees to pay the company the value of an invoice less a discount for commission and fees. According to the source, the factor advances most of the invoiced amount to the company immediately and the lance upon receipt of fund from the invoiced party.

The parties involved include the factor – who purchases the receivable – the seller and the debtor – who is mandated to make payment to the owner of the invoice. By this process, an SME can obtain immediate capital based on future income attributed to a particular amount due on an account receivable or business invoice.

According to Awani, factoring is an essential alternative to other sources of trade financing such as bank loans. Wondering why African SMEs have not grabbed this opportunity yet, she cited that Africa’s factoring is, however, to take off fully. The region accounted for less than 1 percent of global factoring volumes in 2017. In spite of the shortcoming, Africa has demonstrated strong growth in recent years, as factoring volumes grew from EU 14.9 Bn (USD 16,835,286,500) in 2009 to around EU 22.3 Bn (USD 25,195,989,500) in 2017, with most of the concentration being in South African, Tunisia, Morocco, Egypt, Kenya and Mauritius.

Awani revealed that Africa’s factoring volumes are projected to reach about EU 200 billion (USD 226,099,000) by 2021, resulting mostly from new market entrants bolstered by the sustained economic growth, the rapid rise of the regions; middle class, the emergence of the innovative industries supported by technology and regional integration among others. She also cited the rapidly expanding trade and economic relations between Africa and major economies in the South and the intra-regional trade under the African Continental Free Trade Agreement.

Afreximbank says that while factoring is mostly offered by banks and their subsidiaries, independent factoring is few and far as the market is narrow, with only about 80 percent of factoring on the continent being domestic. Nonetheless, factoring will be driven by Nigeria, Kenya, Ghana, Ivory Coast, Zimbabwe, Zambia, Mozambique and Senegal. The sectors that will drive the growth will include oil and mining services, telecommunications and the retail sector. 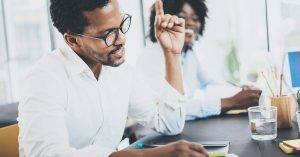 The Nairobi Securities Exchange is About To Reawaken, But Challenges Persist Naspers Teardown: How This African Newspaper Became One Of The Largest Companies In The World – [Report]