It has been going about behind the scenes for months, dominating most of the ride-hailing gossips. And now, it has been confirmed that the ride-hailing giant Uber will buy its rival Careem in order to dominate the e-hailing market in the Middle East. According to the buyer, the USD 3. 1 Bn transaction will be finalised in Q1 2020, with both companies operating as separate brands for now.

The King Wants To Remain King

Just a few weeks ago, Uber’s most significant rival Taxify rebranded to Bolt to focus more on the electric vehicle market. The Estonian firm looked to raised a much bigger round to champion its ambitions, seemingly to take on Uber. Bolt CEO Markus Villig was quoted to have said that a late entrant into a market is at a better advantage to scale than an early arriver. At the time, the modification of the company to offer more than just taxi services seemed like something that was going to shake Uber’s coffers. The development from the San Francisco-based company seemingly comes as a response to Bolt’s advertised plans, and a massive one to say the least.

The cash-and-stock purchase buys out all outside Careem investors and converts its stock into Uber equity. Having raised less than USD 800 Mn from investors, the Middle East startup had a USD 2 Bn valuation, with backers including German carmaker Daimler AG, Chinese ride-hailing company Didi Chuxing, Japanese internet company Rakuten Inc and Saudi investor Kingdom Holding Company. The deal will not be reflected in Uber’s first couple of quarterly earnings releases as a company, at least not until the deal is closed. Although, it will likely be disclosed in a public IPO filing, and Uber will begin its IPO next month with expectations to receive valuation no less than USD 100 Bn.

Once the deal is closed, Careem will become a wholly-owned subsidiary of Uber, and will continue to operate under its own brand, nevertheless, with its current CEO leading the business. Under the ownership, Careem will report to its own board of three Uber seats and two representatives from Careem. The ride-hailing giant describes the deal as an amalgamation of its global leadership and technical expertise and Careem’s regional technology infrastructure and proven ability to develop innovative local solutions. Not only will the Middle East’s regional transportation be scaled by the acquisition, but it will also serve as an example to other growing ride-hailing startups in Africa whose operations when merged stand a better chance at creating impact.

Also Read:Uber’s In A USD 750 Mn Raise To Champion Its Careem Ambition

Uber faces strong rivals in Latin America and India, and bows at the foot of Careem as regards to the Middle East. The deal is particularly good for the company, which also suffers defeat by the rival in North Africa Pakistan and Turkey, where 2012-launched Careem operates in 98 cities on par with Uber’s roughly 23 location in the aforementioned regions. While the merger has been analysed to be an underscoring of the enormous potential of car-hailing in the Middle East, the deal comes at a time when the region’s budding technology scene is being scintillated by a USD 580 Mn acquisition of Dubai-based e-commerce company Souq Group Ltd by Amazon. Uber will acquire all of Careem ’s mobility, delivery, and payments businesses across the greater Middle East region, which it notes ranges from Morocco to Pakistan.

Techcrunch reports that Uber CEO Dara Khosrowshahi, commenting on the deal, said: “This is an important moment for Uber as we continue to expand the strength of our platform around the world. With a proven ability to develop innovative local solutions, Careem has played a key role in shaping the future of urban mobility across the Middle East, becoming one of the most successful startups in the region. Working closely with Careem’s founders, I’m confident we will deliver exceptional outcomes for riders, drivers, and cities, in this fast-moving part of the world.”

Careem CEO and co-founder, Mudassir Sheikha in a supporting statement said that: “Joining forces with Uber will help us accelerate Careem’s purpose of simplifying and improving the lives of people, and building an awesome organisation that inspires. The mobility and broader internet opportunity in the region are massive and untapped and has the potential to leapfrog our region into the digital future.

We could not have found a better partner than Uber under Dara’s leadership to realise this opportunity. This is a milestone moment for us and the region, and will catalyse the region’s technology ecosystem by increasing the availability of resources for budding entrepreneurs from local and global investors.” 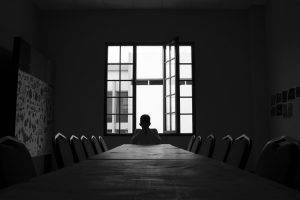 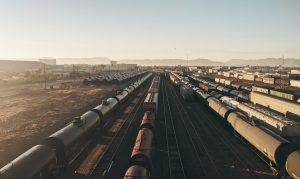