At this moment, award-winning Cameroonian entrepreneur, Bongajum Lesley Ndzi, might be considered the toast of everyone in his homeland, and perhaps beyond too. As it turns out, his innovation – something he calls the “Bonga Power Bike” – has gobbled up several awards and Bongajum himself has become something of a symbol for serial entrepreneurship and a globetrotter too.

The Bonga Power Bike is a lot like a stationary bike, only that it does more than just help you work the glutes and thighs. It also generates electricity that can be used instantaneously or stored in a battery for later use. That way, it essentially converts the mechanical energy expended through pedaling into electrical energy that can be used for a variety of domestic purposes.

The device is in keeping with the First Law of Thermodynamics – something that was probably sung to all of us numerous times in those science classes that we had to sit through in high school – only this time we aren’t bamboozled by a barrage of formulas and we actually get to see the system working. Well, it’s about that all that gym sweat starts to count for something besides lost calories.

Before Bongajum dreamed up the “Power Bike,” he had already made two separate forays into entrepreneurship, achieving mixed fortunes in either of them. He first came onto the scene in 2012 when he founded Bonga Juice Company Ltd.; churning out fresh juices, frozen yogurts, and smoothies that became a favourite amongst the locals.

The business was doing quite well until it was hit by violence and unrest during the country’s well-documented Anglophone crisis. The once-booming outfit operating out of Molyko in Buea had to close shop when things got out of hand.

Also Read:You Can Own Real Estate In The United States From As Low As USD 100 – How? Ask These Founders

Bongajum reinvented his business model from a location-based business to an online one when the first business was forced to shut down due to multiple ghost towns and general insecurity. The juices and smoothies were now going to be ordered via social media platforms and delivered to customers. He called this new venture, Levre Rose.

He had to surmount some initial hurdles which mostly bordered on people tagging the business a front for fraud as it was unheard of for something of that nature to be sold online in Cameroon at the time.

Setting up this new online venture was anything but easy but in spite of difficulties related to doing away with stereotypes and breaking into new markets, the business has prevailed. Currently, Bongajum sells Levre Rose in 10 Countries across West and Central Africa, Europe, and America with representatives in some countries in those regions. And he’s got more tricks up his sleeve.

The Bonga Power Bike was the product of some deep introspection on his part. With Cameroon struggling with epileptic power supply, Bongajum suffered through many nights in his childhood during which his reading sessions were truncated by power outages. Even when he started Bonga Juice Bar, he couldn’t always keep his promise of chilled, fresh juice to frequent power cuts.

In trying to exercise to keep fit and stay above the grasp of the lifestyle diseases that have plagued members of his family in the past, Bongajum stumbled upon the solution to the power problem.

It started as a routine workout session and the Cameroonian was going hard on this particular day. By the time he was through with the stationary bike, he was quite exhausted and beads of perspiration had formed on his forehead.

Pausing to catch his breath, Bongajum reckoned there was no way all the energy he had just expended had gone to waste  – at least, basic science didn’t think so.

His curiosity caused him to do some digging and when it occurred to him that all that pedaling could actually be channeled into something useful, he spent the next few months trying to make it work. His goal was to build a gym bike that could generate usable electricity.

Bongajum successfully built a working prototype using abandoned car parts, motorcycle paraphernalia, and bicycle parts from around his neighbourhood. The power generated by the pedaling the bike can be used to light up rooms, charge phones, power fans and even run specially-built TV sets.

By spending 30 minutes on the bike, one can produce enough electricity that can light up to 7 light bulbs for 12 hours, charge cellphones, turn on a fan, and power a TV – affording users the dual benefit of a healthy lifestyle and clean energy in one fell swoop.

In today’s world where electricity supply remains a challenge especially in parts of Africa and the rest of the developing world, some 600 million people are estimated to still be stuck in the dark and then, there are hundreds of thousands who can only make do with irregular supply and frequent outages.

Throw that in with the sheer number of people who could do with a little less calories and weight worldwide and it begins to sink in how vital this innovation could be. Not only does it allow people to keep fit, but it also makes it possible for them to do something very productive while at it.

Since Bongajum rolled out the first prototype of the Bonga Power Bike, the awards have rolled in via steady streams. Some of those include the NEXT GEN award in the Franchising Global Competition, the GAIA AgTech Innovation Challenge, and most recently the 2019 African Youth Energy Innovation award. 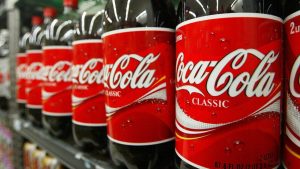 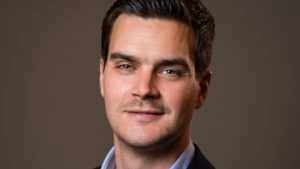 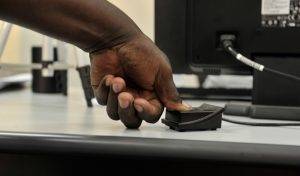 A Northern State In Nigeria Has Implemented Digital Attendance To Bust Ghostworkers! So?