2 Years After Tunisia Startup Act: What’s Changed & What Lessons Can Be Learnt? 2 Years After Tunisia Startup Act: What’s Changed & What Lessons Can Be Learnt?

In April 2018, Tunisia became the first African country to pass legislation known as the Startup Act.

The Tunisian Startup Act was passed into law by the country’s parliament after two years of deliberations and consultations with the leaders of the local startup ecosystem.

The legislation, which was the first and only one of its kind in Africa (up until last year when Senegal passed a similar law), is touted to set the country on the path to becoming a startup nation and a digital hub.

Although the Startup Act did not officially take effect in Tunisia until October 2018, it’s now been two years since it became part of the country’s laws. And now is as good a time as any to do some checks and balances along the lines of what has changed since then and what other nations can learn.

WeeTracker got in touch with some of the leaders of the Tunisian startup ecosystem who were instrumental to the formulation of the Startup Act, as well as a number of startups that have benefitted from some of the provisions of the legislation. And they shared their thoughts on how things have changed since the Startup Act came to life.

Also Read:Cross-Border Investing: The Most Active US-Based VCs in Africa

Ali Mnif is the co-founder of event creation and project company, MAZAM. He was also one of the main designers/lobbyists of the legislation and a member of the Tunisian Startup Act Taskforce. To him, the Startup Act is more than just a bunch of laws on paper but a recognition of the entrepreneurial efforts of young Tunisians.

“The law itself is recognition to the generation of entrepreneurs who were brave enough to start something in the absence of a dedicated framework, he tells WeeTracker.

“I think every founder, every startup, every investor has a different angle and a different story that would be impacted differently by the Startup Act.”

And of course, the stories are different but the general theme is similar: they all speak of progress.  But first, what is the Tunisian Startup Act really about?

How the Tunisian Startup Act came about

A combination of socio-political and economic turmoil had Tunisia on the ropes for large parts of the last decade. The country has had to contend with sluggish economic growth since 2011, as well as staggering unemployment rates.

In Tunisia, about one-third of young adults are unemployed. The situation has, thus, triggered a development in which an increasing number of young nationals are taking matters into their own hands, becoming entrepreneurs and setting up tech and non-tech businesses.

Tunisian entrepreneurs had long lobbied for changes to a system which they said curbed competitiveness, and members of the local startup scene played a key role in drafting the new legislation that is being praised as an example of “bottom-up policymaking”.

The Tunisian Startup Act in a nutshell

As stated on the official website, the Startup Act is an unprecedented legal framework dedicated to startups and supported by the Tunisian Government.

It was developed in a participatory and collaborative way by all stakeholders in the entrepreneurial ecosystem in Tunisia under the supervision of the Ministry of Communication Technologies and Digital Economy.

The legislation offers a number of advantages and incentives to the different stakeholders of a startup: entrepreneurs, investors and the startup itself.

Entrepreneurs, startups, and investors in Tunisia are encouraged to go through a seamless online application process so as to obtain the ‘Startup Label’, and by extension, unlock the full benefits of the Startup Act universe. The latest application window opened on April 1, 2020.

And what are the benefits?

In Tunisia, regular employees who have interests in entrepreneurship can take a year off their job and still get paid by the government while pursuing a startup venture. And even if they don’t succeed, a return to their old job is guaranteed.

That is just one of the perks of the country’s new pro-startup legislation. Part of a wider plan to turn the country into a digital hub and to foster entrepreneurship, the Startup Act provides many eye-catching incentives.

These include a state-funded salary for up to three founders per company during the first year of operations, tax breaks and a one-year leave period for public- and private-sector employees to set up a new business with the right to return to their old jobs.

As had been earlier stated, the Tunisian Startup Act has incentives for the entrepreneur, the investor, and the startup itself. And below is a summary of the perks.

It is a series of incentives to encourage potential entrepreneurs (young professionals, researchers, young graduates, etc.) to dare to undertake and launch their startups.

The startup grant: It is an allowance given to the co-founder and shareholder of a startup being launched to cover living expenses for 1 year. Its amount is indexed to the previous remuneration during the last 12 months for an employee and takes the form of a fixed allowance for the self-employed.

The maximum amount of the scholarship is DT 5 K (around USD 1.7 K) net per month and the minimum amount is DT 1 K (about USD 345.00) net per month. (“DT” is the abbreviation for the Tunisian Dinar.)

Leave for creation of startups: It is a leave of 1-year renewable once, granted to the co-founder of a startup so that he/she dedicates himself full-time to the launch and development of his/her startup.

The employer, public or private, cannot oppose the departure of the beneficiary of the Leave (except in the case of a private employer employing less than 100 employees). The beneficiary of this leave may end it at any time and return to their original job subject to notice.

Licenses: Support by the State of the procedures and costs of registering startup patents at the national and international levels.

The SIVP and employment programs: Any young graduate eligible for employment programs including the Stage d’initiation à la vie professionnelle (SIVP) which creates his/her startup or joins a startup as an employee can keep this advantage and take advantage of it at the end of its relationship with said startup and this within 3 years.

The good failure: The Startup Act encourages good failure by promoting the amicable liquidation of startups through the combination of measures such as the Guarantee Fund for Startups, exemption from corporate tax and State support for salary costs and employers.

You can learn about the Startup Act’s advantages for startups and the benefits to investors here.

How the Startup Act has changed Tunisia’s startup ecosystem

“We clearly saw a substantial increase in the number of founders across the country. We also saw different representatives of the public and private sector engaged in supporting entrepreneurs because of the hype the law created,” Mnif tells us.

“It pushed some to make a jump they wouldn’t have done. It empowered some others. It inspired many more.”

According to him, the ecosystem has definitely seen a growth in the number of seed-stage startups across the country. He also says startup programs are organizing their graduation every other week.

“There has been increased interest in founders and talent to launch their companies, public sector involvement and input in the startup scene, more pipeline for investment funds to invest, as well as the launch of the startup fund of funds in Tunisia to feed dedicated VC investment.”

Indeed, data from the official website of Entrepreneurs of Tunisia (EOT) which Mnif cited suggests that Tunisia went from 38 coworking spaces in 2018 to 62 in one year

As per funding, Mnif said he is not sure the law by itself could be leveraged to explain or prove any growth in funding.

He, however, adds that Tunisia is seeing more individuals interested to invest as BAs. We are hoping for the fund of funds to create the expected wave in terms of funding.

Looking further into the data at hand, no less than 169 Tunisian startups have gotten the Startup Label since the legislation took effect.

Other interesting data points show that 21.9 percent of the “labelised startups” have female founders and USD 18.5 Mn have been raised by the startups combined.

“The law has encouraged investment/funding in many ways,” claims Chelaifa. “There is now a PR boost and visibility for Tunisia as a viable tech scene. Also, more startups being created or are in the pipeline due to the advantages of acquiring the label.”

What startup founders had to say

Makrem Hermassi is the co-founder of Tunisian travel-tech startup, Wantotrip. Although the startup has been hit by blow the travel industry, in general, has suffered since COVID-19 went from viral outbreak to pandemic, he acknowledges that the Tunisian Act has had a positive effect.

“We had the opportunity to establish and incorporate Wantotrip in other countries but we decided to start from Tunisia. So for sure, the Startup Act had a positive effect,” he tells WeeTracker.

“Each entrepreneur will normally have many challenges when he/she decides to start a business in the legal aspect, general ecosystem, funding and investors, as well as product-market fit.

“But I believe that with the Startup Act, Tunisian entrepreneurs are able to focus more on their main tasks (product development and creating the right team) since we have more visibility about all other actors on the ecosystem and all other challenges were solved by the new legislation,” he adds.

For Sofiane Mabrouk who co-founded talent company, Fabskill, with his business partner, Bechir Afifi, the provisions of the Startup Act that have been of the most benefit to the startup are the tax holiday, the one-year salary grant for co-founders, and the Special Currency Account.

Mabrouk also told us that several seniors from the Tunisian diaspora are coming back to launch startups and there have been more initiatives, especially among young people, even as the funding bit hasn’t been figured out completely.

“The mechanism for guaranteeing the participation of investment funds and other regulated investment organisations in startups is not 100 percent operational but once started it will undoubtedly encourage the creation of startups,” Mabrouk emphasizes.

On the whole, he says it’s been a positive, especially because the tax exemptions give smaller startups a leg up in a country where the general tax structure would ordinarily crush small businesses.

But it’s not entirely smooth-sailing, though, because there’s a whole lot more that needs to be done even as the Startup Act is a great start in its own right.

Mabrouk finds shortcomings in the funding part while calling for more funding and more access to international markets since, according to him, the Tunisian market is quite limited. 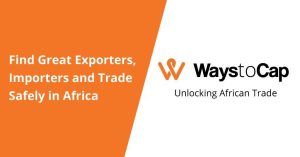 Kukulu: Bridging The Gap In The African Gaming Industry Nigeria Spends USD 1.5 Bn On Milk Imports Annually – The Gov’t Wants To Stop This But People Are Livid