With the rise of the internet, the millennial consumer, mobile-money penetration, and a reported increase in Africa’s middle-class disposable income, the African e-Commerce industry finds itself furnished with the ability to not only jump-start small businesses but also help large companies enter a market full of energized customers.

Statistics portal, Statistica, reports that the value of the African eCommerce industry reached USD 16.5 Bn in 2017 and forecasts that Industry revenues will reach USD 46 Bn by 2024, at a Compound Annual Growth Rate (CAGR) of 14.2% between 2020 and 2024.  It also seems that growth in the sector is driven by the X-, millennial, and Y-generations, who form 79% of the African e-trade consumers.

Despite numerous positive predictions for the sector, almost 10 years since the launch of the first such platform, eCommerce is yet to attain its full potential with limited to non-existent growth in markets such as Congo, Burundi, and Chad. More importantly, industry players report critical roadblocks in logistics and last-mile delivery, which have derailed the sector’s development.

With both bullish and bearish positions being observed in the market, WeeTracker Research sought to analyze Africa’s eCommerce Investment landscape between 2018 and 2020. A total of 60 transactions were identified, with 40 of those accounting for USD 161 Mn of disclosed funding.

Out of 54 startups that received funding in this period, 65% are online marketplaces for products such as electronics, hygiene, baby products, food & groceries, home furniture, and automobile accessories. On the other hand, 35% are on-demand service providers offering home-care professional services such as cleaning and repairs.

Investments breakdown in Africa between 2018-2020.

As earlier stated, in the period under review, the eCommerce space saw a total of 60 investment deals with 40 of the deals amounting to USD 161 Mn. However, 87% of the total disclosed amount was raised by only three companies in Africa’s most developed eCommerce markets. These included Kenya,’s Copia, South Africa’s WeBuyCars, and Nigeria’s Jiji

The year 2019 saw a higher deal number at 27 compared to 11 in 2018. There were also significantly larger capital allocations in the year versus the previous year.

While USD 98 Mn was raised in 2018, only USD 4 Mn was available to the rest of the ecosystem, after Naspers-owned OLX invested USD 94 Mn in WeBuyCars in Q3. A total sum of USD 60.5 Mn was raised in 2019, with at least two-thirds of the funding having been raised in Q4.

An analysis of first quarters reveals historically low investment amounts. In quarter one of 2019 and 2020, the sum of USD 5.3 Million was raised.  A disclosed amount of USD 2.3 Mn was raised in Q1 2020 with the latest investment being USD 1 Mn round raised by Kasha; an eCommerce platform based in Rwanda.

Breakdown of funding rounds and deals in E-Commerce Startups.

Within the growth equity segment, (Series A, Series B, and Series C), a disclosed amount of USD 49 Mn was made through 3 investment deals accounting for 81% of the total funds raised in 2019.

In the period between 2018, 2019, and the first quarter of 2020, there were 3 investment deals from grant funding led by Google Launchpad Accelerator, incubation by Flat6Labs, among others. Only one acquisition was reported over the period. This saw Founa, an eCommerce platform based in Tunisia, being acquired by Magasin Generale; a leading retailer in Tunisia.

No debt capital was announced over the period.

In 2018, industry investments were dominated by angel investors, incubators, accelerators, and VC firms. Early-stage investors continue to form the larger proportion of investors in the sector.

Egpyt recorded the highest number of incubator participation during the review period with Flat6Labs and Misk 500 Accelerator being the major players. The year 2019 saw increased interest from private equity firms, who invested USD 50 Million in Q4, although to a large extent through partnerships. New investors include Knuru Capital, Lateral Capital, and Goodwell Investments, who have also invested in eCommerce support industries.

While the eCommerce sector raised 94% of the total investments under the review period, 2019 was a year that witnessed a change in the investment trends. There is a growing interest in on-demand services startups. In 2019, this segment raised a total USD 8 Mn and an undisclosed amount in 2020 Q1.

Economies in the African region exhibit varying life-cycles for the eCommerce sector and interests by investors. The United Nations Conference on Trade and Development (UNCTAD) global ranking for e-trade readiness reveals the nascent stage of the industry. A separate report reveals that 20 out of the 54 African countries have rules for online consumer protection, which could deter investor interests.

Many countries across Africa have challenges adapting to eCommerce. Key barriers to the industry’s growth include trust issues, the lack of formal postal address systems, poor logistics infrastructure, and the low rate of credit/debit card users.

Startups in the sector say that while there has been some funding, there need to be more exits to give confidence to investors. There are currently more investments in digital payments, logistics, and supply chain, whose growth is expected to spur eCommerce and therefore catalyze investments into the space.

The data in this research piece comes from THE BASE, Africa’s leading market intelligence platform focused on private companies, VC and PE space. Sign up for FREE today 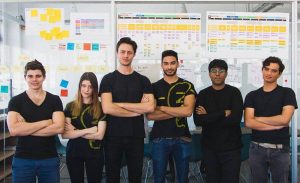 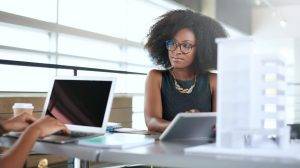