When It Comes To 5G, Africa’s Top Smartphone Seller Is Missing In Action When It Comes To 5G, Africa’s Top Smartphone Seller Is Missing In Action

5G is the future, even for places like Africa where internet penetration is at an all-time high. Internet speeds have become the definition of connectivity in this age.

In 2019, global shipments of 5G-supported phones reached 19 million units, as demand was higher than expected. For context, there were zero 5G devices in 2018.

Companies like Huawei, Xiaomi, and Transsion are producing phones majorly for Africa. In the process, they are rolling out devices to meet with demand.

Nevertheless, Transsion, the Chinese phone maker who has the bigger slice of the African smartphone pie, is yet to launch a device with a fifth-generation spec.

One of the names most synonymous with the new, faster kind of network, is Huawei, another Chinese phone manufacturer. The Shenzhen-headquartered multinational technology firm was, in 2019, the 5G market leader in the world, having 37 percent of the share.

According to data from research firm Strategy Analytics, Samsung—with 36 percent—is also one of the dominators of the early 5G mobile phone market. Apple, on its part, is expected to remain on the sidelines until later this year (2020).

But Huawei is more than just a producer of 5G-supported phones. Basically, the firm is a builder of 5G networks. Its 5G products are world-leading and have the highest level of maturity in terms of commercialization.

The firm began its Africa game in South Africa. The country’s data-only provider, Rain 5G, adopted Huawei’s 5G end-to-end network products and terminals to take the lead in rapidly rolling out the network. The plans, as it is, have materialized, leaving Rain a hefty valuation.

Huawei launched its first 5G phone in 2019, the Huawei Mate 20 X 5G. Since then, the firm has rolled out other models, some of which they have sold in Africa.

Despite being in the crosshairs with Washington DC over privacy concerns, it also has a cordial relationship with the African Union (AU) to deepen 5G, AI, and cloud computing.

Nevertheless, Huawei is not the market leader in Africa when it comes to the sale of mobile phones.

From being the world’s fourth-largest mobile phone-maker to leading Africa’s phone market share, and a historic USD 400 Mn IPO on China’s hot Star Market—a Nasdaq alternative—Transsion is not little-known after all. It dominates Africa with its Tecno, Itel and Infinix brands, but is yet to make any of these phone 5G-supported.

Transsion would not respond to WeeTracker‘s questions on why it is yet to launch a 5G smartphone in its number one market. Not only has its general silence on the issue stirred questions on the African technophile ecosystem, but it has as well left users in limbo as to when their favorite phone brand would finally dance to the 5G rhythm.

In the not-so-distant past, Samsung and Nokia were the heavyweight champions of phones in Africa. although their specifications were standardized across all markets.

Transsion blew them out of the water by rolling out products that address the pain points of Africans. The firm went in ways to improve user experience and include distinguishing features.

But now, Nokia and Samsung have since launched their respective 5G-supported devices. Xiaomi, another Chinese brand that began testing the African market only in 2015, has now done the same.

Compared to other brands, Transsion’s phones are cheaper, constituting one of the company’s main selling points. The tussle among Chinese phone makers for the African market has left Transsion the only one who is not yet official with fifth-generation connection.

The retinue of 5G supporters in the form of phone producers is relatively small in Africa. In as much as the 5G market is growing incredibly quickly with new devices and networks being commercially launched around the world, there’s a deficit in Africa.

Joe Barrett is the president of the Global Mobile Suppliers Association, a not-for-profit industry organisation representing companies across the worldwide mobile ecosystem. In his opinion, mobile phone vendors are focusing on launching their 5G devices into markets where there are commercial 5G networks.

“As part of our global tracking of 5G spectrum, networks and devices, our latest report identified 22 network operators that are investing in 5G in Africa. However, only 3 have so far launched commercial services, and even those are limited. As Africa develops its 5G infrastructure, we definitely expect to see more devices vendors enter the market,” Barrett told WeeTracker.

Indeed, Africa’s connectivity infrastructure is far from ripe to allow phone brands invest radically in 5G. At present, 4G networks are imperfect across the continent, and even 3G is opined to still need some work.

Presently, there are only 2 countries in Africa that have 5G: South Africa and Lesotho (thanks to Rain (2019) and Vodacom (2018), respectively. They could both be benefiting from each other’s infrastructure, judging by the fact that the latter country is bounded on all sides by the former. Nonetheless, in Lesotho, only the country’s Central Bank and mining company are using the network.

According to the GSMA, only 7 African countries—inclusive of which is Nigeria, South Africa and Kenya—will have 5G by 2025. The estimate suggests also that this will comprise only 3 percent of mobile data, compared to a global 16 percent.

While African governments are yet to develop the regulations that would allow for 5G’s rollout, mobile operators face huge infrastructure costs, unsure of how they can recoup. Until each country’s communications regulator sells the rights to transmit over specific frequencies, the carriers will not be able to launch full 5G. This is a possible dissuasion for phone makers.

Rolling out 5G services entails expensive investment for not only carriers, but companies like Transsion. As of now, no one appears to be sure if it’s worth it. But Rain, South Africa, has landed huge profits for African Rainbow Capital, its current parent firm. But Rain can only provide 5G because its using an existing spectrum to transmit the signal.

The GSA agrees that costs could be a significant factor dissuading phone makers from launching more 5G-supported phones in Africa. To start with, the market is uncertain, being that the continent’s fifth-generation future remains awash with blurs.

“As with the introduction of any new technology, 5G devices costs will be somewhat higher than current 4G devices. However, 5G expansion is happening at faster pace than 4G. That is why we would expect 5G devices costs to fall quicker than they did in the 4G market,” Barrett says.

Another valid question is: are African customers ready to buy or use 5G-supported phones? Well, only 7 percent of the 774 million mobile connections in Africa is 4G. Transmitting data at 10 GB/s, 5G will deliver up to a hundred times faster data speeds compared to what the best 4G LTE connection can provide today.

The introduction of mobile data services using self-install fixed wireless access routers and hotspots based on both LTE (which is happening now) and, in the future, 5G, will be of particular interest in Africa.

“These technologies offer the potential to bring decent broadband to homes that currently have no, or very poor access to fixed broadband technologies—and all without the need to buy new and expensive smartphones as these technologies enable devices to connect using WiFi,” Barrett explains.

5G-supported phones will definitely come at a higher price point, but it will be interesting to see how Transsion would execute one based on its budget considerations for African users.

More importantly, the consumer could be a challenge. Africa already has an over-supply of 4G mobile internet which average consumers are not buying because it is high-priced. In a place like Nigeria, only 4 percent of users pay for 4G services, while 40 percent use 3G. The same is almost the case all over the continent.

Logically, a consumer that is reproachful in using 4G will need a lot of convincing before they will buy a 5G-supported smartphone because of its cost. So, if African consumers are unable to afford 4G, 5G has little chance. And, 5G, they say, is making phones people love more expensive than ever.

Photo by Jack Shop via Unsplash Nigerian Rocks Crypto World By Returning NGN 28.8 Mn Worth Of Bitcoin That Was Sent To Him In Error 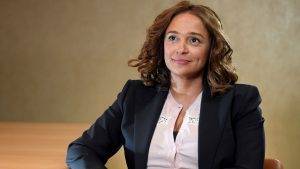 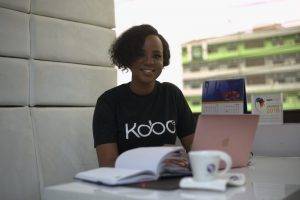 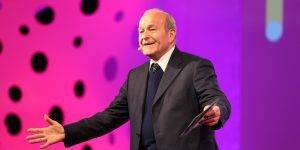 This Kenyan Techie Is Making Coders Out Of Kids