Up and up the prices go…

As of February 2020, the sum of NGN 58 K could purchase the impressive Xiaomi Mi A3 in Nigeria. Today, the same smartphone goes for a non-negotiable NGN 85 K. That’s a price jump of 46.5 percent in just 3 months!

What’s going on? Why are smartphone and laptop prices soaring at an alarming rate in Nigeria when they have pretty much remained the same in other markets?

“There’s been no such hike in Kenya. Smartphone prices are basically the same as they were even before COVID-19. Phones that go for 20K [sic] are still 20K. Laptop prices haven’t changed too,” said Saruni Maina, Founding Editor of Gadgets-Africa.

However, Audu Ahmed, who deals in Apple products at the “USD 4 Mn a day” gadgets hub that is Lagos’ Computer Village — the single largest ICT market in West Africa — told WeeTracker that there’s been some kind of hike in the prices of virtually every electronic gadget in the market.

“Most of these things have increased by 20-30 percent. Before the whole COVID thing [sic], the Airpod 2 was just NGN 45 K. Now the same device is going for NGN 55 K,” he stressed.

Indeed, potential buyers are having a nightmare. Gift Osigwe, a 25-year-old who is currently in the middle of a Masters programme at the University of Nigeria Nsukka (UNN), recounted how her effort came to nought despite months of saving.

“I wanted to gift my kid sister an iPhone 6 on her birthday in May and I was saving towards it. Last I checked, it was just NGN 35 K. I was shocked to learn it’s now NGN 60 K, she said.

“I had wanted to gift her an iPhone as a surprise. But I was the one who got an unpleasant surprise when I went to buy the device,” she explained with a hint of mirth.

So, what’s pushing prices of gadgets upwards? Well, there’s everybody’s favourite explanation; the devaluation of the naira, or the recent “currency adjustment”, as the Central Bank of Nigeria (CBN) prefers to call it. But as Ahmed told WeeTracker, there may be more to it.

“The higher exchange rate is not the only thing driving the increase. We also have vendors and suppliers increasing prices because of increased demand and short supply or perceived scarcity due to the whole COVID thing,” he explained.

“There is nothing that has not increased in the market right now. Laptops with specifications that you could get for like NGN 90 K previously are going for NGN 120 K now.”

Ahmed also said there’s been a disruption in the supply chain due to movement restrictions. This supply disruption is such that dealers like himself have been receiving much fewer products from suppliers since March.

“I think dollar went up 23 percent even before the lockdown. Also, the restriction of movement is also causing some kind of artificial scarcity,” he said.

In the middle of March, the CBN officially devalued the exchange rate used by foreign bond and stock investors, which had been largely pegged since 2017, by about 4 percent to NGN 380.00 per dollar.

The devaluation of the naira became unavoidable after the global oil market broke. There has been a spectacular slump in the price of oil which accounts for 90 percent of Nigeria’s exports and about half of government revenue.

“There was a need to be cautious in loosening, given the fact that it will exacerbate an already worsening inflationary condition, resulting in massive pressure on reserves and the exchange rate,” CBN Governor, Godwin Emefiele, had said in March, in the capital, Abuja.

There is need to “check capital outflows, support external reserves and ensure foreign-exchange market stability,” he had maintained.

Like most commodities, the foreign exchange market is governed by the basic principles of demand and supply. With a lot less foreign currency available due to a reduction of inflows from the key export (oil), there’s been a surge in demand for the dollar.

The CBN burnt through 16 percent of foreign reserves in one-year trying to keep the naira strong. As of March 24, Nigeria’s foreign reserves had shrunk by 20 percent since July 2019 to USD 35.9 Bn.

Hence, the need to adjust Nigeria’s local currency such that more of it is now needed to pay for fewer commodities in the international market. In basic economics terms, increased demand for the dollar and short supply has pushed the FX rate upward.

And that increase has mostly affected the prices of imported goods, of which electronic gadgets like smartphones and laptops are examples.

The result? An FX-induced price hike, though artificial scarcity and price gouging may be playing a bigger part since the surge recorded so far is especially high.

By definition, price gouging occurs when a seller increases the prices of goods, services, or commodities to a level much higher than is considered reasonable or fair.

Usually, this event occurs after a demand or supply shock, like the one that has happened since COVID-19 happened.

Will things ease up anytime soon? Probably. But it’s highly unlikely given that experts say that Nigeria will probably need to weaken the naira even further and the disruption caused by the coronavirus pandemic is yet to subside.

The disruption is also affecting phone makers and original equipment manufacturers (OEMs) who are having a harder time procuring parts in the global market for their products. This may also be driving pricing upwards. Look Who Spent His Own USD 5 K And Trekked 2,000 Miles To Put His Country On A “Fancy Map” Luxury Cars: The One Product Category You Wouldn’t Expect to Lose Value (And It Still Does) Nigeria’s Inflation Climbs To Its Highest Since 2018, No Thanks To Border Closure 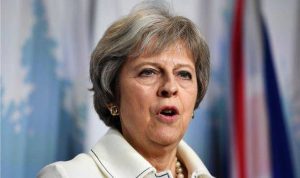 Even With A Splash Of Fancy Malls, Most African Retail Markets Are Yet To Go Formal