Nakumatt once had more than 60 outlets across East Africa and was on top of USD 700 Mn in annual revenue. Nevertheless, the supermarket chain’s creditors voted to liquidate the business after series of revival strategies fell through. But, seemingly, its troubles are far from over.

Ever since Nakumatt’s foundering and Uchumi’s apparently limitless fight to remain on its feet, regulators started paying more attention to Kenya’s retail sector, since it attracts huge amounts of foreign investment.

Atul Shah—the former managing director and CEO of Nakumatt Holdings—appears to be in a legal predicament. An arrest warrant was issued against him for failing to appear in court to explain a part of the retail enterprise’s financials.

Shah was summoned to explain why he shouldn’t be committed to civil jail—for up to six months—for not paying KES 74.4 Mn (USD 700,122) to Nakumatt’s former landlord at City Mall, Mombasa.

Officers in command of Parklands and Central Police Stations were directed by Environment and Land Court deputy registrar in Mombasa, Christine Ogweno, to execute the warrant. Suit papers show that the businessman is expected to pay the owed amount in addition to interest and the lessor’s lost earnings.

Also Read:30 Years In Making And Less Than 3 Years In Breaking: What Pushed This Retail Giant Into A Bottomless Pit﻿

According to the court, Shah, 59, was not able to explain how a case of insolvency against the retail firm is a reason to not allow the notice to show cause against his financial demeanor.

Though Shah claims to have filed an appeal which was admitted in December 2019 by the Supreme Court, the landlord—who owns Ideal Locations wherein Nakumatt once had shop—argues that’s no reason to bar him from paying the money because the execution was not suspended. Shah also, at the time, filed an application for stay of execution of the decree.

Nevertheless, Atul Shah’s financial troubles did not start today. Apart from Nakumatt owing more than KES 38 Bn (USD 357,589,500) to suppliers, commercial paper holders and banks, the Kenyan entrepreneur’s name has been linked to money laundering in the country. As of January 2020, several banks in the East African nation had consorted to investigate him to recovering billions in loan amounts defaulted.

Not just Shah, but also his son, Ankoor Shah, stand accused of accessing KES 1 Bn (USD 9,410,250) in interest-free loans in Nakumatt’s name when the once-was retail giant tried to stay afloat. According to reports, the amount was not returned to creditors. Shah is also accused of writing off stock worth KES 18 Bn (USD 169,384,500) weeks before his supermarket was finally brought to its knees.

“The Banking Fraud Investigation Unit is investigating the retailer on theft and money laundering. On the recovery bit, the banks involved are looking at engaging a private investigator to look into the directors’ affairs,” Peter Kahi, the retailer’s court-appointed administrator said at the time.

Already, East Africa is the headquarters of rollercoaster retail, even for a nearly pan-African brand such as South Africa’s ShopRite. From troubles related to the middle class to an unequal competition between local and international players, the region’s retail landscape is known for losses, wind-downs and financial misdemeanors.

While Atul Shah faces arrest and a court case, Tuskys—another Kenyan supermarket chain—has been called out for its piling debt issues. The family-owned chain which also has a Ugandan presence, seems to be getting on the Kenyan government’s bad books for failing to pay its suppliers on time.

Tuskys has attributed its financial struggles to a significant fall in consumer traffic as a result of the coronavirus pandemic. But investigations by the Competition Authority of Kenya (CAK) discovered not only that its debt issues were on ground before the virus outbreak, but that the firm had also under-reported its debt obligations.

“The CAK, through its own intelligence channels, in mid-April received information that there could be retail supermarkets who are failing to pay their local suppliers on time,” Mugambi Mutegi, CAK’s Communications and External Relations Manager told the press back in May. 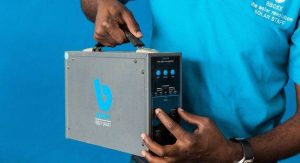 Nigerian CredPal And Growselwill Among Winners Of VISA’s Everywhere Initiative

The Cooperations Between Egypt And The U.S. Just Got USD 60 Mn Stronger 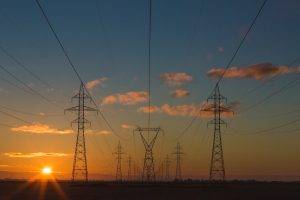 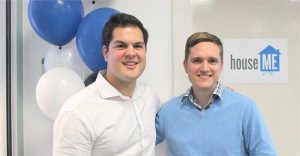