The age-old relation between landlord and tenant has been an area of particular interest. They can’t live with each other, and they can’t live without each other! In earlier days, renting took place on a local level through references and in much lower volumes. However, with the ever-growing size of the floating population, the segment has seen an unprecedented boom which has wiped out the time required for rapport building between the tenant and landlord, thus making commercial considerations the primary market drivers

As a result, discriminations and biases often come in the way of good negotiations in renting of property. This gap has been long filled by the real estate agents who do the job of screening both parties so that the talks take place on common grounds. With the surge in the renting market, the ancillary market of real estate agents and online portals has also seen a meteoric rise. Now with technology replacing almost all sorts of marketplace models, the online home rental market has started showing great promise and is here to stay.

Between 2013 and 2017, USD 7.8 Bn was invested in proptech startups worldwide, the APAC region claimed 60% of this. According to the report titled “Clicks and Mortar: The Growing Influence of Proptech, APAC saw 179 startups raise around USD 4.8 billion in funding, with China and India emerging as the top two markets based on funding value and the total number of deals.

Chinese startups raised the most funding of USD 3.02 billion, representing over 60% of the region’s total, spread across 34 deals. India meanwhile witnessed 77 deals amongst proptech start-ups raising USD 928 million in total.

Lianjia, the biggest proptech unicorn to date in China, received USD 1.69 billion for its tech-enabled brokerage business. Other heavyweights from the country include Fangdd, a real estate platform connecting property sellers to home buyers, and Aiwujiwu, a rental and second-home listings portal. India’s Nestaway picked up USD 51 Mn in Series D this week.

FHFH Series: Apparently, Saying “No” To A Founder Can Cause A Big Fight

Riding high on the upswing in realtech sector, Ben Shaw and Kyle Bradley, a young Cape Town-based team decided to add bidding option to the process and make it exciting. After putting in efforts in understanding the landlord-tenant relationship and research on the online home rental market, they launched House.ME in 2016.

Shaw completed his studies in Finance and Accounting at the University of Cape Town and worked in Johannesburg as an M&A investment banker at J.P. Morgan. He has also spent a brief period working for the Association of Allan Gray Fellows, where his projects included the set-up of an incubator for start-ups.

Bradley, who is the CTO at House.me, has studied Business Science & Computer Science at the University of Cape Town. After graduating, he joined WhereIsMyTransport and took the responsibility of bringing structured practices and building development processes within the company. 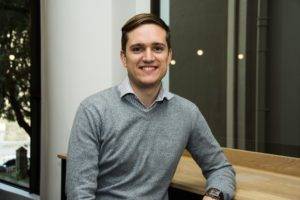 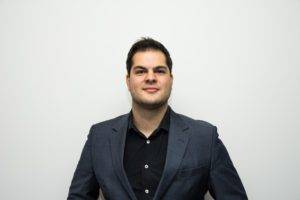 The startup House.ME is based on the profound thought to create a world where good people get the best out of life, and it wants to build it one home at a time. In their understanding, the residential rental space has been a broken system, and they have focused their energies on rewriting the rules and solving common issues experienced by both tenants and landlords. They plan to redefine the landlord-tenant relationship. With considerable disparities in the online home rental space and absence of a correct price determination method, they have adopted the bidding system process, which should find the fair value of a property.

They offer their services on their platform to the landlords for a commission of 2.5% whereas it is free for the tenants. They keep the transaction transparent, and their digital placement mechanism ensures that landlords get the best price and tenants don’t face any discrimination.

So how does the platform work?

HouseME is plugged-in into most of the major online marketplaces. A property holder can list a property on its platform which is made visible to prospective tenants across the country. The startup’s IP tool increases an owner’s chance of having a rental price beyond their expectations, as mentioned by the team. The HouseME team has experienced an average 9% increase for landlords on their platform. The realtech startup undertakes the process of vetting, screening, and credit-check of tenants who may then bid for the property. Additionally, it can integrate throughout the rental value chain as it partners with or replaces various services that tenants or landlords expect in renting a property. Furthermore, it provides the landlord with a 3-month rental guarantee.

According to Shaw, the B2C market in South Africa consists of almost 1million privately managed properties. He believes that half of this is addressable with their current product and marketing strategies, and they have already seen the switching of agency-managed properties to their system – which is an additional market of at least 50,000. This number crunching brings them to an impressive overall opportunity size of 550k properties.

The young startup raised its Seed Capital in 2016 and is gearing up for a Series A round in 2019. Their current investors are a blend of institutional and angel funds. So far, they have over 300 properties under management and have experienced a stellar growth of 12.3x in their revenues since inception.

The startup has been aiming to spread its technology to other continents. Shaw is reasonably confident about their ‘placement algorithm’ which he points out as their USP. It is this technology which he believes will get the startup their next leap in growth. The placement algorithm evaluates the best price for any property during the bidding process by the tenants. It takes into account both money and duration of the lease to throw up the best deal for a house owner. For expansion, the duo wants to partner with other realtech startups or companies by offering their technology.

On being asked where they think their product would work best, Shaw exclaims, “HouseME will work best in markets that lack the trust, which we can generate. Both tenants and landlords derive great benefit in using our platform as we derisk the rental process and ensure that a fair price is established.”

On one hand, where startups are raising a considerable chunk of funding for their expansion, a few are facing the brunt of the public in introducing a bidding system to the online rental business. In Canberra, rent bidding apps like Rentberry, Rentwolf and Property connect are facing heat for inflating the property prices. It will be quite interesting to see, how House.ME creates a niche for itself.