Between banks and their customers is a tale of unfulfillment. The gap is because, banks are the natural place for people, mainly medium and small-scale businesses to seek credit or loans, and many have had their fingers burnt.

Either due to unfavorable interest rates and other loan conditions or other policies that reflect poor credit ratings, prospective loan applicants are disqualified. In essence, banks may now be playing second fiddle to fintech startups like KIAKIA that are offering loans to customers who need personal and small business loans without all the burden of collateral.

Although news reports from the Q4 2017 show that banks are increasingly becoming open to lending more money even as lenders are expected to loosen credit scoring criteria in Q1 2018, they recorded an 8 percent increase in bad loans recorded in 2017

As Nigerians are increasingly becoming reliant on online loan platforms, players in the loan subsector of Fintech, are hard-pressed to find ways to ensure minimal default on loans with many checks on creditworthiness.

But the Nigerian market by sheer size is enormous and remains an attractive proposition for businesses and many of these need loans to thrive and both the banks and Fintechs cannot afford to ignore them.

There is a belief at Kiakia that it can provide 24/7 real-time loan services to individuals and businesses within the banking umbrella who otherwise may not have access loans from their bank, with very minimal default on its part.

Indeed the market is vast for Kiakia and other competing online loan services. Statistics from Nigeria interbank settlement system shows that there are over 31 million verified bank accounts in Nigerian banks.

For Kiakia about 75% of this number has never accessed any form of consumer or business credit from any financial institutions. With Artificial Intelligence, A.I online lender Kiakia believes to have sorted the issue of creditworthiness that was a spanner in the wheel of loan and claims to have reduced loan defaults in the process. 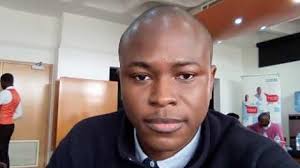 Founder Olajide Abiola, a computer science graduate and an Ex-soldier with the Nigerian Army, explains that this system is one that relies on non-traditional data to analyze, determine and predict the creditworthiness and credibility of borrowers.

In order to do so, this Fintech startup utilizes psychometry, behavioral biometrics and digital forensics to determine this predictively. Described as a self-learning risk assessment and a scoring algorithm, it only requires about 75 data points to determine if an individual has the ability and the willingness to repay.  This is a noticeable improvement from “alternative credit scoring providers who rely on as much as 2,000 to even 20,000 data points for a single individual to determine ability to repay a loan,” said Olajide.

“At KiaKia, we believe such volume of data isn’t required to determine both the ability and the willingness of an individual to repay a loan.”

At the core of this scoring engine is Machine Learning. This enables the system better understand the dynamics of the customer changing behaviors in ways that allow it to personalize services to the customers and also accurately profile them.

This method has been successful as the startup which has disbursed over 3,500 loans and with more than 17,000 borrowers listed puts its loan default percentage at 2.3%, a very low threshold as per the team. It reckons this as good news since funds are mostly coming from lenders and not just from their loan books.

The startup says it has individual lenders from over four countries and three continents listed as active lenders on the KiaKia platform and have funded multiple rounds of loan funding, which they have repeatedly earned interests.

USA, UK and China dominate the global P2P scene. Globally, China has the most massive market size of P2P lending which started in 2006. As of January 2017, there were total 2388 P2P platforms in China with trading volume in 2015 touching USD 67 Bn which is ten times that of UK and four times bigger than the USA figures. However, unlike USA and UK, the China P2P market is dominated by a large number of small and medium-sized firms.

In India, there are about 50 players in the space operating at present.Prominent players are I-Lend, Lendbox, Faircent, LendenClub, Rupaiya Exchange, Monexo, and CapZest.

A report on transaction volume by Cambridge in collaboration with KPMG points out that P2P consumer lending at USD 450 Mn volume in 2015 is the largest market segment of alternate finance while P2P business lending at USD 266 Mn ranks second in the segment.

Borrowers need not worry much about the interest rates for the loan they take, as interest rates are dependent on credit scores and risk level. This can range from 0.4 percent to 0.8 percent per day for personal loans which has a minimum tenure of seven days and a maximum of sixty days.

Interest for peer to peer loan which is available for a tenure of 90 days can go for 5.5 percent, also dependent on credit score, trust point, and risk level. At Kiakia, to apply for loans, prospective borrowers need to create an account which allows them to apply for loans. Mr. ‘K’ the AI system guides applicants on the processes and enquiries required to get loans. Individuals can sign up to Kiakia to get listed as a lender, fund loans and earn reasonable interest rates.

The startup which was launched to the public on December 1, 2016, started its funding cycle by bootstrapping with its founders’ savings up until its launch. Two Angel investors joined in with Equity funding totaling USD 40 K to significantly expand their loan book.

At 15 months old at its current pace, and based on 2018 Q1 performance, the team says it can achieve about 40% revenue growth over last year.

The team says it’s facing what it calls “lack of quality local investors with medium and long-term vision.” This a situation where investors are focused on immediate gains. Olajide explains that most of their prospective investors seek very short-term deals and in the process disregard the bigger picture.

“They have commodity trader’s mindset. They hardly see the bigger picture and so the focus is usually on immediate gains, which makes the critical buy-in into a vision impossible. The least an investor can do is to bring money to the table,” he said.

For a startup that has disbursed loans to people in 27 states in Nigeria, it is relying on an orthodox strategy that will organically grow its users. They say, “It is simple, people need money and will come looking for it.”

It will continue to originate quality loans and borrowers that give comfort, good returns and safety to lenders, and the platform will continue to be sought after. There are plans to include strategic marketing and promotion campaigns to achieve more visibility though.

The banked population comes as the next vista for the startup to explore and provide loans to. It will implement a mixture of technology fused with brick and mortar to drive penetration in this sector. The only puzzle might be if the company can meet the massive demand for money that the sector promises.