Casablanca-based realtech startup Mubawab has been acquired by Dubai’s Emerging Markets Property Group (EMPG) for an undisclosed amount. EPMG that owns UAE’s one of the most extensive property listing website Bayut, has bought all previous shareholders of Mubawab.

Founded in 2010 by Kevin Gormand and Toni Puig, Mubawab has seen a growth of  40% between 2015 to 2016, and 50% between 2016 to 2017. The first five months of 2018 has a growth rate of 85% as compared to the same period last year, as claimed by the startup. On the acquisition, Kevin Gormand, Founder & CEO of Mubawab attributes this growth as one of the driving reasons for investment by EMPG. He adds, “this is a key reason why EMPG have invested, combined to the fact that the competitors we have here had much more funding than us and couldn’t get similar growth in revenues or traffic.” 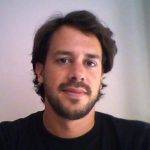 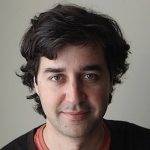 The company had been bootstrapped since the beginning while being funded by friends and family in the initial years. In September 2013, it raised and external financing round from RedArbor.
The proptech startup has a current listing of 145, 995 properties and 660 k visits in April and 827 k visits in May this year (similarweb). In addition to the above numbers, the team also boasts of having 100k extra visitors per month through their app.

The two founders will continue on board and run the company. The Mubawab team feels that EMPG fully understands the business as they operate three other real estate portals in the region: Bayut in UAE, Zameen in Pakistan and Bproperty in Bangladesh.

Kevin exclaims, “we stay on board, and our plan is to grow Mubawab to where we’ve always wanted to. We still have a lot to do here, and with more fundings, the future is bright and exciting”.

EMPG is the parent company of Bayut, a real estate portal that has established itself in the UAE region over the years. It operates currently in the seven emirates with a database of over 95 k listings.