Since the Commissioner for Wealth Creation, Cooperatives, Health and Employment, Honorable Emmanuel Usoh, announced that the Edo Innovation Hub, which will be launched by the Vice President of Nigeria, Professor Yemi Osinbajo, in whom the Executive Governor of Edo State, Godwin Obaseki, has found an ally, hopes have been raised in the metropolis and neighboring cities around the Heartbeat of the Nation.

Indigenes and state hopefuls believed that the hub would curb human trafficking amongst other benefits the initiative has in the offing. Up-skilling youths, stimulating tech-focused small enterprises and putting an end to the ramp to illegal migration were the promises Edo people were looking forward to their fruition.

The Commissioner stated that the tech base would birth and promote the thriving tech ecosystem in the state, being that the government is partnering relevant agencies and organizations to orchestrate the establishment of a standard and state-of-the-art hub to enhance innovation and bridge the digital void that may have been existing in the state’s tech market.

The government of Edo State, partnered with the leading Nigerian technology-based organizations including Siemens, Tech4Dev, Microsoft, Impact Hub, Curators University and HotelsNg among others to change the state and secure a more advanced future for the people. In what seemed like a follow suit of the setting up of an Artificial Intelligence Hub in the University of Lagos, Lagos State, these masterminds conglomerated to set up and launch the Edo Innovation Hub.

The centre will be a training base for over 1,000 youths, based on their interests in data management, programming, necessary digital skills and of course, artificial intelligence. The hub is located at the Institute of Continuing Education, ICE, Benin City, one citadel that is currently undergoing renovation. 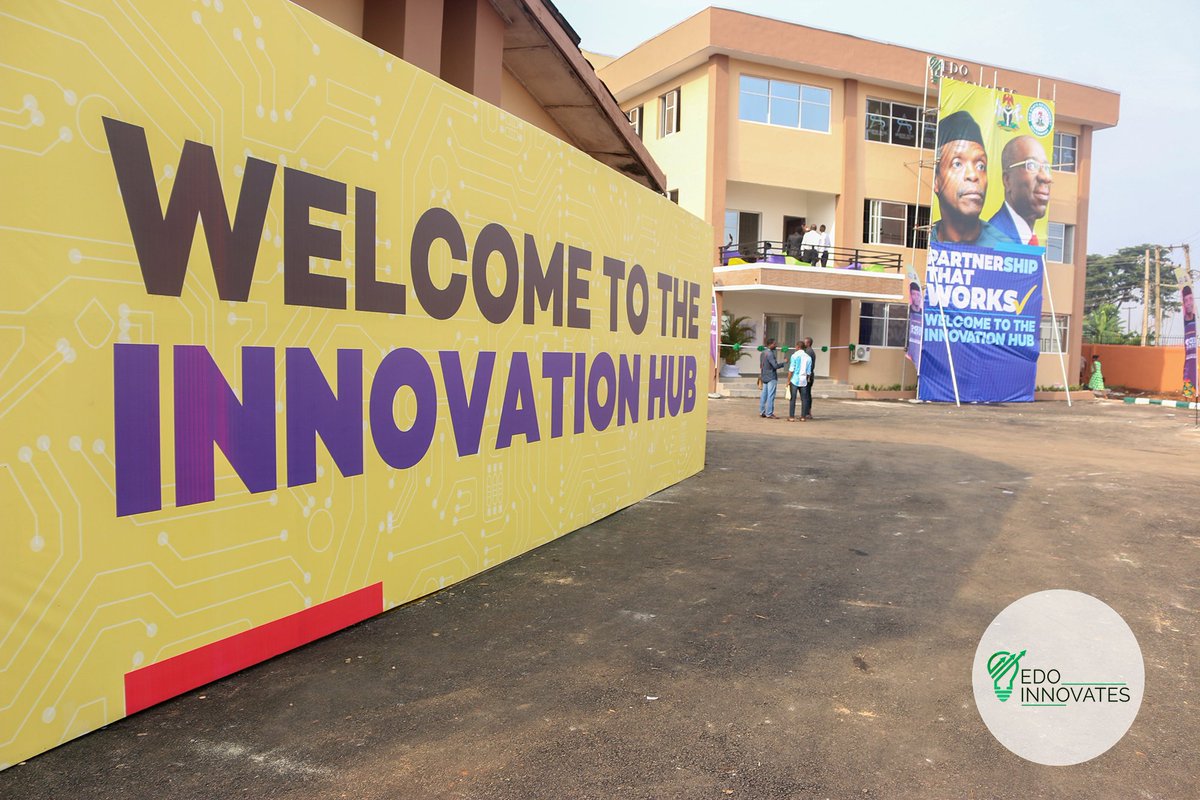 Vice President Yemi Osinbajo runs an office with a soft spot for small and medium business, as well cherishing the magic tech hubs which he believes is capable of sparking a revolution in the country. So, to no one’s surprise, he collaborated with Edo State Governor to start up this South-South Innovation Hub in the Benin Metropolis and meet with Micro, Small and Medium Enterprises (MSMEs). His visit to this South-South state, amongst other things, marked the kickoff of the future Mr. Godwin Obaseki, in his capacity, amply experienced from the boardroom, seasoned through years of brokering deals as an investment banker, is on the quest to rebrand the governance of not just Edo State, but all in Nigeria.

On June 14th, all tech-savvy and science aspiring youths, as well as seniors who are ardently enthusiastic about seeing the state to greater heights, had all their roads lead to the Institute of Continuing Education, ICE, Benin to grace the historical occasion and experience the Vice President of Nigeria and the Governor of Edo State ally their efforts to launch the much awaited Edo Innovation Hub, resetting the local economy for growth and expansion.

In Obaseki’s words, “The facility will host over 25 Information and Communication Technology (ICT) companies that will use the hub for different forms of training and certification. Those who will be on the benefiting end of the facility are both young and old residents in the state as they will acquire the skills and earn the certifications”. Emmanuel Usoh added that over 25 companies would be accommodated in their hub, and their tech contributions/principles will be inculcated, including Google Cisco, Microsoft, and Oracle.

He explained that the Innovation Hub would increase and better the skills of youths, stimulate future businesses, curb human trafficking and illegal, seemingly uncontrollable migration. He also said that “The base will offer youths who are interested in traveling overseas for jobs, the opportunity to acquire the most recent skills in technology. Involved training programs, as he said, will be intense just as obtainable in similar hubs across the planet, as the State Government and Federal Government are collaborating with global companies in setting up the centre.

Edo State has witnessed an increasing concentration as this hub for economic opportunities will promote the growth of Small and Medium Enterprises. With the forthcoming Innovation Clusters, a more significant number of startups will find expression in the Heartbeat of the Nation, while putting the knowledge and skills garnered from the hub into use. The hub, according to the Commissioner, would as well include a training facility where small business owners would undergo training regarding the nuances of leveraging digital solutions to conform their ventures to innovation in line with Obaseki’s farsightedness and for the big pie in the sky – creating more jobs 200, 000) and wealth for the people.